Returning to be Welcomed by Missiles

Returning to be Welcomed by Missiles 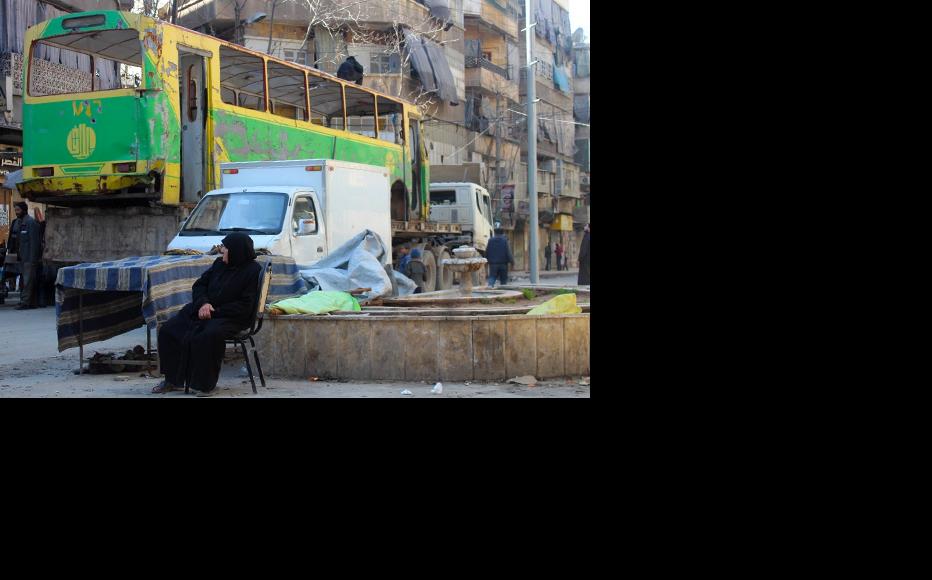 An elderly woman rests in the Aleppo neighbourhood of Kallaseh before continuing on her way home. (Photo: Syria Stories)
The link has been copied

We were forced to leave our home village because it was constantly caught in crossfire between battles raging in Idlib and Hama. Many villagers were wounded and their houses destroyed.

But after a while, the pain of being displaced from one area to another was too great.  My happy childhood memories of my dear village were stronger than all the worries about the bad conditions we might face.

My family and I decided to go back, despite our terror of what might happen. So we returned.

As soon as we got to the outskirts of the village, all my memories surged up in me again. My village was still dear to me and I still loved it, despite the bombing.

“Thank God we returned to our village,” my family and I said to each other.

Our house had been destroyed in the shelling, so we decided to move into a building belonging to a relative who had left the village years ago.

The neighbours welcomed us and help us unpack. I was happy that I was back in the village where I was born and could breathe its air again.

But then as soon as evening fell, the shelling began again, missiles targeting our village as if they were welcoming us.

They were being fired from checkpoints in Hama’s countryside, especially from the battlefront in Jabal Zayn al-Abidin. The bombardment from there had always been particularly heavy and had led to the deaths of many villagers.

The noise was terrifyingly loud. At midnight, a missile hit the centre of the village and destroyed a house full of innocent people.

Where could we go to find safety?

We ran outside the house as ambulances began arriving at the site of the bombing.  Loud sirens warned us that the warplane was still in the air above and and that the situation was dangerous.

Only a few moments later, another missile hit the same place.

We ran to a nearby bomb shelter and spent the night there.

The next morning, the news listed the names of the ten people who had died that night. Six of them belonged to the family whose house had been demolished by the missile.  Many others were wounded and had been evacuated to hospital, including one man who had lost both feet.

What an unforgettable night, what a reception after our return. It was a homecoming mixed with horror and bloodshed.

We had returned to the same tragedy, to fear and terror with no solution. We could only rely on God to decide our fate.

Nonetheless, we all began searching for work since the cost of living was so high. It was like looking for a needle in a haystack. The situation in the village had deteriorated so much that it was almost impossible to find a job.

My father decided to go to Turkey with my brother to find work so that they could support us. My sister and I started giving private lessons at homes for a small fee; it was better than nothing.

Once again, my family members were scattered in several places. And the terrible bombardment and atmosphere of terror increased our pain and loneliness. But our faith remains stronger than the circumstances which surround us.

A new day is bound to come to dispel the darkness of these past years. Our souls will have peace and all Syrians will live in freedom.

Roula Abdel Karim, 27, is from Idlib’s countryside and holds a degree in sociology.