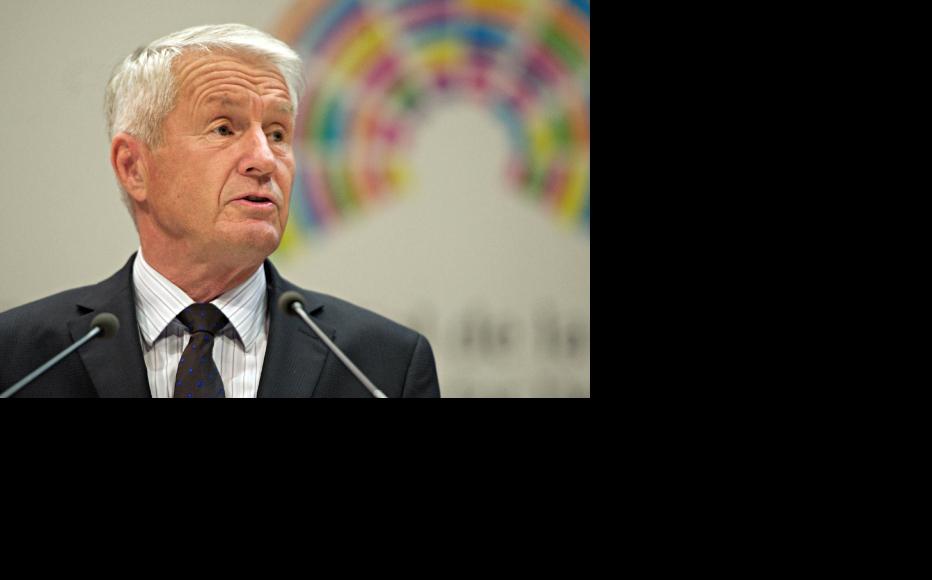 If Azerbaijan's leadership thought the release of prominent human rights defender Leyla Yunus on December 9 would be enough to keep its critics at bay, it was wrong.

Instead, the move has renewed the focus on Azerbaijan’s poor human rights record and the plight of dozens of other political prisoners – journalists, rights activists and opposition figures.

Leyla Yunus, director of the Institute of Peace and Democracy in Azerbaijan, was detained together with her husband Arif in July 2014 and sentenced a year later to eight-and-a-half years in prison. Ostensibly based on charges of fraud and tax evasion, the conviction was seen as direct retribution for her human rights work.

Yunus, who is suffering from health problems, was given conditional release on humanitarian grounds. Her husband had already been released due to poor health.

Oil-rich Azerbaijan ratified the European Convention on Human Rights in 2002, and its government has been repeatedly found to be in breach of it since then. The Strasbourg-based European Court of Human Rights (ECHR) delivered 11 judgements on Azerbaijan last year and nine in the first half of 2015.

In theory, since Azerbaijan is one of the 47 members of the Council of Europe, these judgements are binding.  But in practice, its compliance with the human rights convention has left much to be desired.

Now the Council of Europe wants to change that.

“Judgements from the European Court of Human Rights have highlighted an arbitrary application of the law in Azerbaijan, notably in order to silence critical voices and limit freedom of speech,” said Council of Europe Secretary-General Thorbjørn Jagland.

On December 16, Jagland launched a rare official inquiry into Azerbaijan´s implementation of the convention. It is the first time Jagland, in office since 2009, has used this measure.

“I am particularly alarmed when individuals are deprived of their liberty due to an abuse of power by a country´s legal authorities, as the European Court of Human Rights found in the case of Ilgar Mammadov,” said Jagland.  “This is a very serious violation of the Convention.”

Mammadov is an opposition politician and leader of the Republican Alternative (REAL) movement. In March 2014, he was sentenced to seven years in jail. He and a co-defendant, Musavat party deputy leader Tofiq Yaqublu, were found guilty of organising riots in the town of Ismayilli in January 2013. Neither was in the town at the time. (See Two Opposition Figures Jailed in Azerbaijan.)

Two months after Mammadov was sentenced, the ECHR issued a ruling on his case.

“The court concluded that the actual purpose of his detention had been to silence or punish Mr Mammadov for criticising the government and publishing information it was trying to hide,” the ECHR said in a May 2014 judgement in which it ordered Azerbaijan to pay Mammadov compensation of 22,000 euro.

While the government did pay the sum, it has ignored repeated calls for Mammadov’s release made by the Council of Europe and several international human rights organisations.

Mammadov remains in prison, where he was severely beaten in October. He was mentioned in a new United Nations report on torture and ill-treatment in Azerbaijan´s detention facilities published on December 9, the same day Yunus was released.

The United Nations Committee Against Torture said it was “particularly concerned” that despite hundreds of allegations of torture in Azerbaijani detention facilities, not a single individual had been prosecuted for this between 2010 and 2015. It expressed concern that the Azerbaijani state party “deemed unfounded all the allegations of torture and ill-treatment raised during the dialogue”.

Mammadov’s appeal against his conviction was reviewed by the Supreme Court in October and then sent to an appeals court in Sheki, where it is scheduled to be heard at the end of February, according to his lawyer Fuad Agayev, quoted by the Contact.az website.

Like Mammadov, Yaqublu went to Ismayilli  the day after the rioting in January 2013. He was covering for the Yeni Musavat newspaper, for which he is a columnist. He too was convicted in March 2014, and he got five years’ imprisonment.

Yaqublu filed a complaint with the ECHR, which issued a ruling on November 5 that Azerbaijan had violated his rights under Article 5 (right to liberty and security) of the European Convention on Human Rights. It ordered the government to pay him compensation in the amount of 24,000 euro.

His daughter Nigar said she does not believe that her father will be released soon, as Azerbaijan´s government is not compliant with the European court.

“The decision in the case of Ilgar Mammadov was not carried out,” she said.  “We are not so naïve as to hope for our father´s release.”

There are other instances where ECHR judgements have been ignored, such as in the case of Ali Insanov, a former minister of health.  He was arrested on the eve of the October 2005 parliamentary election on suspicion of plotting a coup, a charge that was later dropped. He was ultimately convicted of forgery and embezzlement of public funds, and received an 11-year sentence in 2007.

Insanov, too, took his case to the European court and complained in particular about the conditions of his detention, the lack of medical treatment and the inadequate time he was given to prepare his defence.  In March 2013, the ECHR issued a ruling that Insanov´s rights had been violated and ordered Azerbaijan´s government to pay compensation of 10,000 euro.

Following the ECHR ruling, Insanov´s case went before the national Supreme Court and subsequently to the Baku court of appeal. But his conviction was upheld, and he is still in jail.

DOES THE GOVERNMENT CARE ABOUT CRITICISM?

Avaz Hasanov, head of the Society for Humanitarian Studies, notes that there was once a time when the government tried to abide by ECHR decisions. Nowadays, though, it “does not recognise decisions” although “if necessary, compensation is paid away from public view”, Hasanov said.

The authoritarian administration led by President Ilham Aliyev, who succeeded his late father in 2003, has intensified its crackdown on dissent in the last few years.  The country was rated as “not free” by Freedom House, an international watchdog group, in its annual report Freedom in the World in 2015. Many media outlets and international NGOs in Azerbaijan have had to close.

There are varying estimates of the number of politically-motivated prosecutions in Azerbaijan. Civil society groups indicate a range of 80 to 100 political prisoners.   Prisoners are occasionally released or given a presidential pardon, while others remain in jail for years. Meanwhile, new arrests and convictions are constantly being documented.

Yet the leadership in Azerbaijan is not quite as immune to international criticism as it may seem.

“For the importance of the ECHR decisions, Baku definitely cares,” said Giorgi Gogia, the South Caucasus director for Human Rights Watch.  “It actually pays the fines decided as damages by the court and does so even in the cases when it fails to implement general measures or respond to the merits of the case, including in the case of Ilgar Mammadov.”

While the authorities try to formally comply with decisions, it is not unknown for them “to drag their feet in releasing an individual following an ECHR decision”, said Gogia. For example, in the case of Eynulla Fatullayev, a newspaper editor, it took a year and a half after the decision to release him.

Azerbaijan hosted the May 2012 Eurovision contest and the June 2015 European Games.

In Gogia’s view, the international community´s “non-consistent, non-unified response is partly to be blamed for Azerbaijan´s thinking that it can simply shrug off the criticism and move on with business as usual”.

Arastun Orujlu, head of the East-West Research Centre in Baku, agrees that political will is lacking in Europe, as are effective enforcement mechanisms and sanctions.

“Up until now, Europe has not wanted to damage relations, especially in the energy sector, and that is why it has not paid attention to compliance with the decisions,” Orujlu said.  “For the Azerbaijani government, the decisions of the European court have already lost their meaning.”

Orujlu is evidently not alone in having reached this conclusion.

On December 16, the same day that General Secretary Jagland announced his inquiry to determine whether Azerbaijan is meeting its Council of Europe commitments, a United States lawmaker introduced a landmark bill called the Azerbaijan Democracy Act of 2015 in the House of Representatives. The bill, presented by Representative Chris Smith, a Republican who chairs the US Helsinki Commission, would deny visas to senior members of the Azerbaijani government.

“The time has come to send a clear message,” said Smith at a hearing in Washington held to discuss the persecution of investigative journalist Khadija Ismayil, who was arrested a year ago. Ismayil was given a seven-and-a-half-year sentence this September, notionally for tax and business offences but undoubtedly for conducting investigative journalism that examined financial wrongdoing among senior elite members in Azerbaijan. (See "They Won't Break Me," Says Jailed Azerbaijani Journalist.)

The Helsinki Commission said visa sanctions could be lifted “when the Azerbaijani government shows substantial progress toward releasing political prisoners, ending its harassment of civil society, and holding free and fair elections”.

Azerbaijan
Rule of Law, Human rights
Connect with us