Praise for latest talks supporting peace negotiations between Kabul and the Taleban.

Praise for latest talks supporting peace negotiations between Kabul and the Taleban. 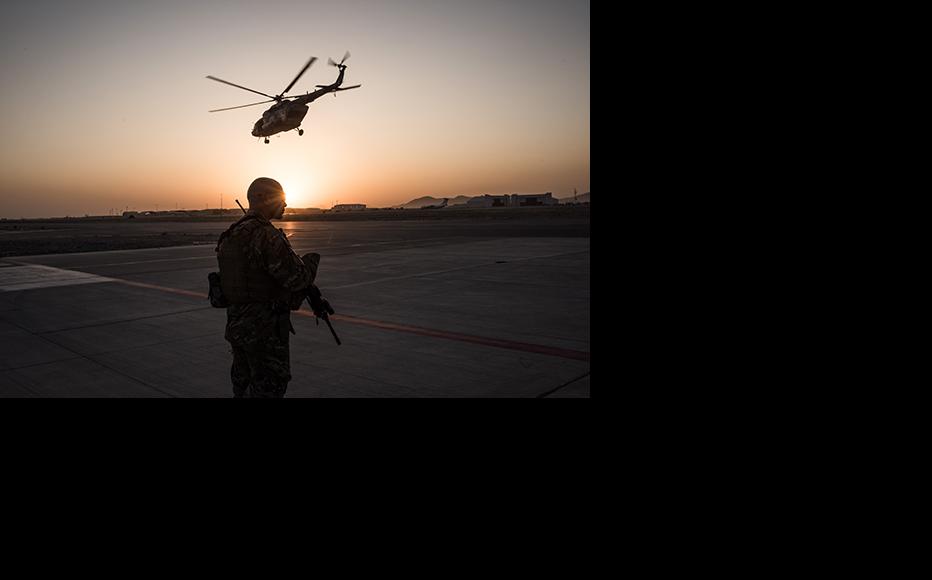 A member of the United States Air Force keeps watch over the runway at Kandahar Air Field. (Photo: Andrew Renneisen/Getty Images)
The link has been copied

Analysts and officials have welcomed Saudi Arabia’s hosting of a two-day conference on peace in Afghanistan as an important step towards a regional solution for the ongoing conflict.

Held in the cities of Jeddah and Mecca, the July summit was attended by 200 religious scholars from 57 countries who agreed that the current war went against the teachings of Islam.

The Muslim Scholars on Peace and Stability in Afghanistan event was organised by the Suadi government in concert with the Organisation of Islamic Cooperation.

Ahead of the conference, the Afghan High Peace Council expressed hope that a Taleban delegation would attend the talks. However, the insurgent group put out a statement in which they denounced the event as a deception convened on American orders.

“This conference of religious leaders is unprecedented in the past 40 years,” said Hafiz Mansoor, a member of parliament for Kabul, describing the conference as “pivotal”.

Mansoor continued, “In the past, Saudi Arabia officially recognised the Taleban, but they now warn them to stop fighting and join the peace process. I think this is a tangible and remarkable achievement. Saudi Arabia, as the site of [Islam’s] holy places, has great influence among Islamic countries, and any decision made there is respected by Muslims.”

A number of conferences aimed at invigorating peace talks between the Afghan government and the armed opposition have been convened in recent months.

Religious scholars met in Indonesia in May and the so-called Kabul Process, a format created in June 2017, held its second conference in February in Kabul which was attended by representatives of some 25 countries.

In a tweet, Afghan president Ashraf Ghani expressed his appreciation of the efforts made at the latest conference.

“On behalf of Afghanistan I would like to extend my sincere thanks and gratitude to the ulema gathered at the conference in Saudi Arabia,” he said. “I welcome the ulema’s decision that the war in Afghanistan has lost its legitimacy.”

Commentators said that, although such events might have no immediate effect, they marked an important change in the direction of reconciliation efforts.

“As far as I am concerned, such conferences are not binding, meaning that participants of these conferences cannot force their countries to change their politics,” political analyst Toryali Ghiasi said. “In spite of this, the Jeddah conference was very important ethically because it can affect the attitudes of the public in general to support the peace process in Afghanistan, and it might have an effect on peace moves in other countries to make the Taleban and other enemy groups join the peace process.”

The Afghan government has always made clear its belief that Pakistan supports the Taleban, and

Ghiasi said that Saudi Arabia could now play an important role in balancing this dynamic.

“Saudi Arabia has a strong influence on the Pakistani authorities. They have strong political and economic relations. For example, a former Pakistani army chief is the commander of the Arab soldiers in the Yemen war and has been designated for the mission by Saudi Arabia. This indicates that the two countries have close and friendly ties.”

The Saudi conference came a day after US secretary of state Mike Pompeo made a surprise visit to Afghanistan. In a Kabul speech, he emphasised US support for Afghan-led peace talks and said that he would participate in the process.

However, the Afghan government rejected subsequent indications that President Donald Trump had ordered top US diplomats to seek direct talks with the Taleban.

Deputy presidential spokesperson Sayed Hussain Murtazavi that direct talks had to be held between the Taleban and the Kabul government as the legitimate representatives of the Afghan people.

Others believe that a stalemate is inevitable without vigorous US intervention.

“Unless America puts pressure on Pakistan and other opponents of the Afghan government, these types of conference will not be very effective,” he said. “If America really wants to force Pakistan to stop supporting the Taleban, they can do so by imposing and enforcing sanctions on them. If America pressurises Pakistan the same way it did South Korea and Iran, it’s possible that the roots of terrorism would be destroyed in this country.

“But if the only measures taken come in the form of suggestions and warnings, Pakistan will definitely continue to support the Taleban and the current situation in Afghanistan will not end.”