Just meeting face to face offers opportunities to engage in considered discussion and to listen to the other side.

Just meeting face to face offers opportunities to engage in considered discussion and to listen to the other side. 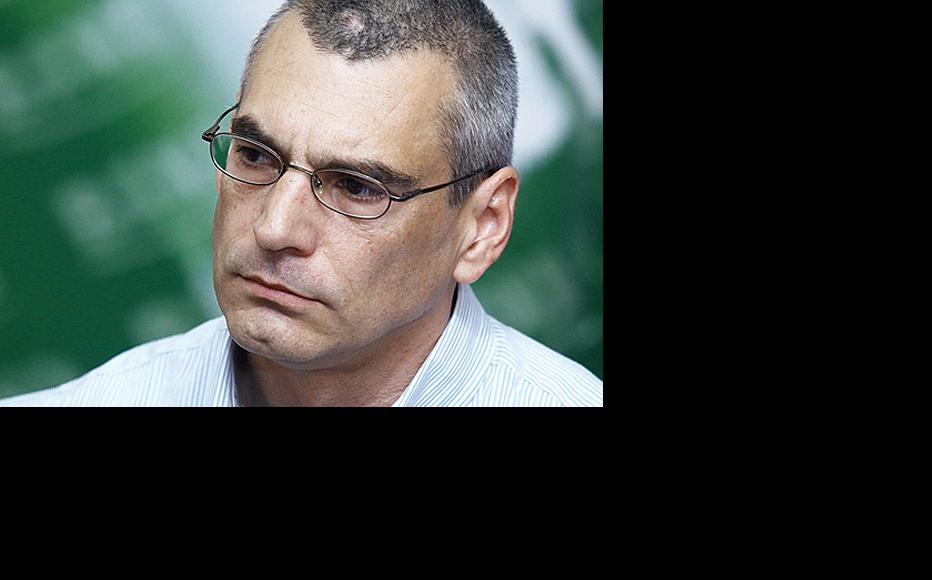 Richard Giragosian, director of the Regional Studies Centre in Yerevan. (Photo courtesy of R. Giragosian)
The link has been copied

I have worked as a South Caucasus analyst for many years, so I have long wanted to visit Azerbaijan.

Although I am a United States citizen, my Armenian background is obvious from my last name, so getting a visa has unfortunately always been an insurmountable obstacle. The Azerbaijani authorities routinely reject visa applications from anyone who sounds Armenian, for example with a surname ending in “–ian” or “–yan”. Last month, they refused entry to a Turkish arm-wrestler with no Armenian connections simply because of his surname, Noyan.

Under the circumstances, there has never been any point in me trying to go.

This month, however, I finally managed to overcome the visa obstacle thanks to NATO’s Parliamentary Assembly, which invited me to speak at a seminar in Baku as part of NATO’s Rose-Roth programme, which aims to build closer links with Eastern Europe.

I was honoured to be invited to the June 16-18 event, but I felt a bit nervous too. I had been asked to discuss the Nagorny Karabakh conflict, the most controversial topic in both Baku and Yerevan. The challenge would be to present a fair and objective assessment in the face of entrenched views and hardened preconceptions.

In my talk, I stressed the need for both Armenia and Azerbaijan to take immediate steps to de-escalate frontier tensions by withdrawing army snipers front line. I said that in order to defuse the situation, they should “refrain from the use of combative threats and aggressive war rhetoric”.

The Azerbaijani audience did not welcome this, although it seems clear to me that everyone’s refusal to implement basic confidence-building measures is a serious obstacle to any progress in the Karabakh peace process.

Nor were they happy when I called for Nagorny Karabakh, which has declared independence from Azerbaijan, to be included as a direct and full party to the peace process by treating it as “status-neutral” with the aim of achieving what I defined as “inclusive engagement” Since the conflict of the early 1990s, Azerbaijan has refused to engage with Karabakh’s Armenian administration, insisting that it will only negotiate with Armenia.

At the same time, Azerbaijani officials were helpful throughout my trip, providing me and the other Armenian delegates with professional and courteous security guards. The delegation was led by Koryun Nahapetyan, chair of parliament’s defence committee, and also included Tevan Poghosyan, an opposition parliamentarian and head of the International Centre for Human Development.

Nahapetyan and Poghosyan both set out Armenia’s position, but tried to be constructive when discussing divisive matters with their Azerbaijani colleagues.

Our hosts were keener to score points, notably by describing Armenia’s president as a “terrorist and war criminal”.

Another reason for my apprehension had less to do with Armenia or Nagorny Karabakh, and more with the situation in Azerbaijan, where in the course of the last two months, leading journalists and activists have been arrest and interrogated on suspicion of having contacts with Armenia. My think tank, the Regional Studies Centre, is committed to constructive engagement with all parties to the conflict, so I was especially careful not to endanger colleagues and friends in Azerbaijan in case they faced reprisals from their government.

Our hosts appeared to feel this pressure too, or at least that is how I interpreted their opening aggressive salvo. They muted this rhetoric in private discussions to an extent, but the posturing for the television cameras was disruptive and meant that we missed an opportunity for more constructive debate.

Even when we discussed issues unrelated to the South Caucasus, such as energy or Afghanistan, the Azerbaijani delegates kept reiterating the same points out of context, adding little to the actual debate. The event was subject to constant media coverage, so the atmosphere was more conducive to displays of nationalist credentials than to constructive dialogue.

If the seminar leads to further reciprocal visits and creates greater space for open discussion, than everyone will benefit. This can only happen, however, if the war of words is replaced by constructive and sincere attempts to listen to one another.

There is cause for optimism. In side meetings, off-camera and outside the formal venue, Azerbaijani officials did indicate a willingness to allow the “track two” dialogue between non-government actors to continue. The recent arrests had looked like a sign that opportunities for this informal diplomacy were being closed down.

It is also significant that the event took place at all.

Armenian delegations have been to Baku before, but for the NATO Parliamentary Assembly, this was a unique opportunity to provide a neutral alternative venue for unofficial diplomatic relations between Armenia and Azerbaijan.

Richard Giragosian is director of the Regional Studies Centre, an unaligned think tank in Yerevan.