Pride and Expectation in Tahrir Square

Pride and Expectation in Tahrir Square 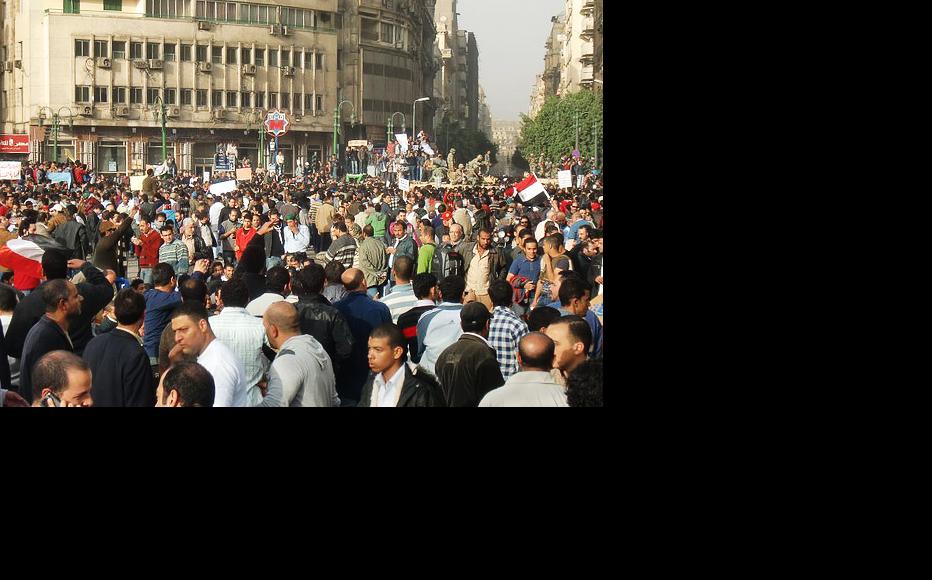 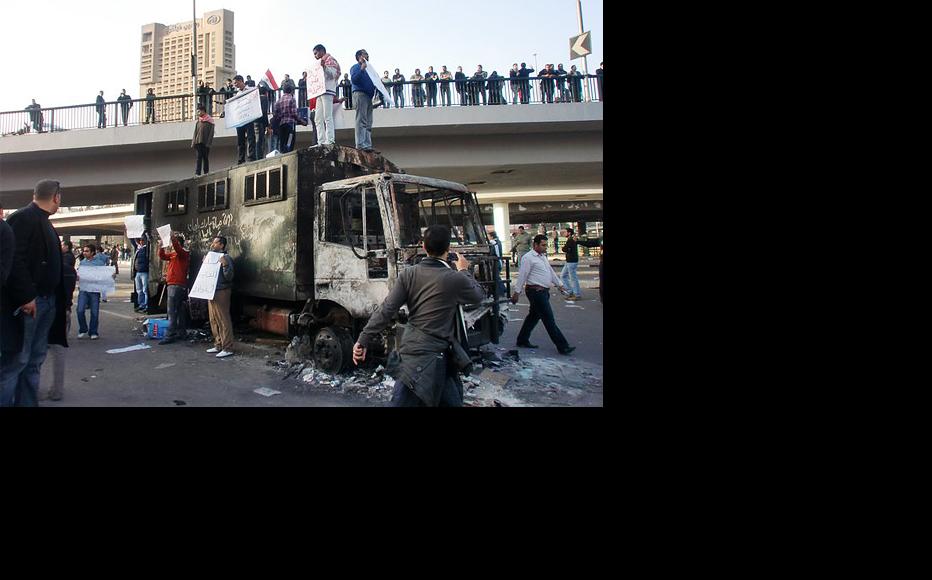 Cairo is on the streets, its usual traffic jams replaced by streams of people gravitating towards the central Tahrir Square. The army make sporadic attempts throughout the day to block the roads leading up to it and state radio broadcasts sombre announcements of an ever-earlier curfew. But no-one takes any notice.

It seems that nothing can stop this mass surge of people, a movement that began spontaneously, sparked by the young middle class but which has gathered a true cross-section of society and which still has no clear leaders. What unites them is one clear aim – they want Hosni Mubarak, the president of Egypt for the last 30 years, to leave - and for free and fair elections to take place.

They have been on the streets for a week now, with Tahrir - “Freedom” – Square the focal point for their protests, where workers and academics demonstrate alongside secular Cairene liberals and bearded men with the characteristic “zabiba” (raisin) mark on their forehead from repeated contact with their prayer mats. I meet Christians, Islamists, young women, family groups, parents bringing their children to witness a historic moment. One enterprising chap has even set up a stall selling wafer biscuits and sesame snacks to the crowds.

People mass in groups across the square, waving homemade signs, hand-written scraps of cardboard and computer printouts reading “This is Egypt”, “Game Over”, or more succinctly, “Fuck Mubarak”.
It’s something short of a carnival atmosphere – not only are the issues at stake too serious, but as much as the crowd chants “The people, the army, with one hand” and as enthusiastically as demonstrators try to clamber up on tanks to embrace the soldiers, the military presence has a certain sobering effect. No-one is yet quite sure how this will turn out, after all.

But there’s an overwhelming feeling of expectation and national pride.

The crowd is desperate to tell foreign journalists not only that they hate Mubarak and want him overthrown, but that they are not violent criminals. More than 100 people have been killed nationwide, but since the police melted away after a day of confrontations last Friday, Cairo has seen only sporadic clashes between the security forces and protesters. Self-styled vigilante groups have even been formed to patrol the city’s streets after dark and protect them from looters.

“Our revolution is a peaceful one, you are a foreigner, don't you feel safe?” asked Habib Adli, a lawyer.

“Please show to the world that Egyptians are not stealing,” interjected another. “We just want our country back! See the shops, we could have broken the glass but we didn't.”

Indeed, the Kentucky Fried Chicken on Tahrir Square has been left unscathed, apart from some anti-imperialist graffiti, though a MacDonald’s around the corner hasn’t been so lucky.

Cairenes themselves are amazed by the transformation they have seen in their country in just a few days.

“Young people want jobs, they want to marry, they want to eat, they want the right to declare what they want,” said Hela Badri, a 55-year-old writer. “And they have changed everything.”

“On Friday afternoon I saw men in their twenties confronting the police, opening their shirts to invite the police bullets,” marvelled Mohamed Kalfat, a 29-year-old translator. “The direct confrontation with the police was a revenge for 30 years of torture and oppression.”

A self-confessed Marxist, Kalfat nonetheless says he welcomes a pluralistic government that includes all sectors of Egyptian society, even the political Islamists.

“People are disillusioned with the promises of the regime,” he said. “How we need to replace it is to include everyone, including the Muslim Brotherhood. They are not al-Qaeda - they are very different and include a wide spectrum of Islam.”

Night falls and still the people keep on coming to the square, defying the curfew, wrapping themselves in the Egyptian flag and refusing to budge.

“I can smell democracy” said a fellow journalist, wryly. All I can smell is the acrid smoke from the still-burning national party building catching in the back of my throat. But I know what he means. Things here have reached a point from which there is no going back.

The Arab Spring
North Africa, Egypt
Protests
Connect with us