The Post-Soviet Legacy of the Karabakh Conflict

Moscow’s role, as in other secessionist conflicts in the region, has been key.

The Post-Soviet Legacy of the Karabakh Conflict

Moscow’s role, as in other secessionist conflicts in the region, has been key. 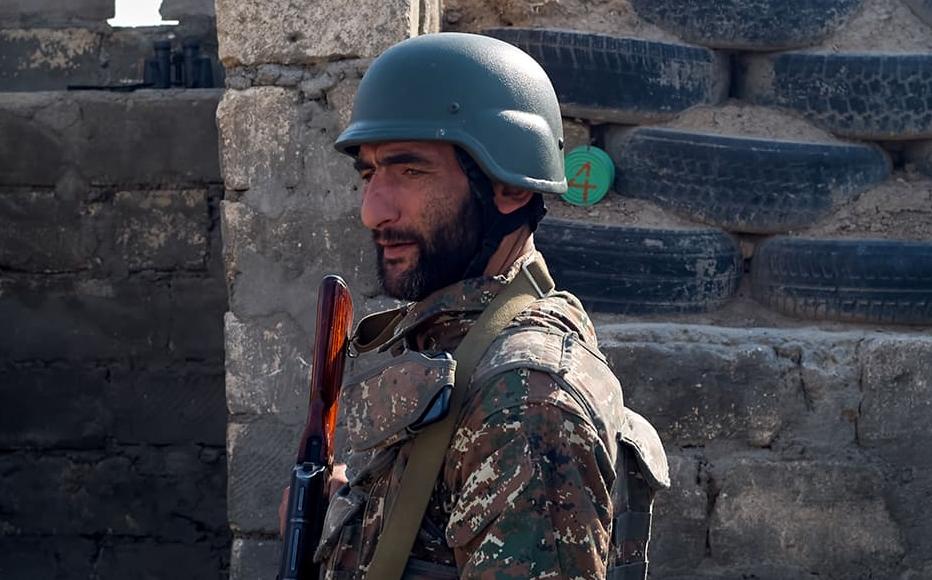 An Armenian soldier stands in the trenches on a frontline position on October 20, 2020 near Aghdam, Nagorno-Karabakh. © Alex McBride/Getty Images
The link has been copied

Until the most recent outbreak of fighting on September 27, the Karabakh conflict had experienced 26 years of a status quo with periodic ceasefire violations, the most intense of which happened in 2016. The root of the conflict lay in the demand for Karabakh’s autonomy within Azerbaijan by its majority Armenian population, and was complicated by the involvement of Armenia and Russia, as well as the violent deportation of minority populations.

The most recent round of talks in Washington saw the defence ministries of both countries merely blaming the other for violating the ceasefire. The discussions did not last long, undermining any hopes of an effective agreement.

This lack of progress in negotiations and the US’s decreasing interest in the region, alongside Turkey’s assertive policies, Aliyev’s desire to boost his ratings and the increasingly nationalistic rhetoric from Armenian prime minister Nikol Pashinyan, all make further ceasefire violations extremely likely.

And Russia’s role in the Karabakh conflict, as in the other secessionist conflicts in the region, has been key.

Abulfaz Elchibey, the second president of Azerbaijan, quickly declared that the road to national security and prosperity lay in independence from Russia and removed Soviet military bases from the country. In contrast, Armenia continued two centuries of dependence by signing a defence and security agreement with Russia that entrenched Moscow’s control.

In the initial war of the 1990s, Russia used the advancement of troops to pressure insurgent Azerbaijan who had refused Russia’s peacekeepers, border troops and military bases.

The Soviet legacy has also been apparent since the 1994 ceasefire. The two parties have been involved in negotiations under the auspices of the OSCE Minsk group, consisting of representatives of the US, Russia and France.

One proposal, from US co-chairman Jack Maresca, suggested cooperation in strategic energy projects, which would allow compromise in exchange for oil transit via Armenia’s territory. The failure of this “peace pipeline” was largely due to the lasting influence of a centralised Soviet Union in which all economic relations were mediated by Moscow.

This meant that Azerbaijan was an energy donor to resource-poor Armenia, often at the expense of its own citizens. Thus, energy cooperation could not become the regulator of political relations for countries that continued to rely on Russia in economic and security areas.

After the 2018 Velvet Revolution, Pashinyan tried to move Armenia out of Russia’s sphere of influence but failed to extend this to the security area. This meant he effectively allowed Russia to preserve its power over the Karabakh conflict.

In the meantime, the EU, US and other Western players seemed resigned to playing the role of tolerating Russia’s actions, thus allowing it to continue its colonial logic.

A further Soviet legacy that affected attempts to broker a viable peace was a security discourse based on historical grievances. These narratives reflect the victimisation felt by both parties while ignoring much longer historical periods of cooperation and coexistence. Before and after the Bolshevik era, the nations traded and intermingled, forming friendships and intermarrying especially in the urban centres of the South Caucasus. This version of events helped Russian politicians justify their monopoly on Armenian security and aided Yerevan in consolidating power in Karabakh for nearly three decades.

One way to address the violence committed by both sides would be to create joint independent commissions, which might also serve as a way to undermine the symbolic power of victimisation and narrative of endless conflict.

States need to be held responsible for violations of International law. While the occupation of nearly 20 per cent of Azerbaijan’s territories and the resulting IDP and refugee crisis were met with four UN security council resolutions demanding that the Armenians withdraw, in reality none were ever implemented.

The military gains instead became a part of the negotiation package, with Armenia creating a buffer security zone for the population of Nagorny Karabakh. This sent a clear signal that the law can be subject to alteration by force.

The EU and US could now help the two countries see that they have no choice but future co-existence, and underscore the necessity to build the foundation for this cooperation.  This must be based in accountability.

Neither Armenia nor Azerbaijan were held responsible for the rights of the minorities on each other’s territories or for crimes against humanity committed during the war. This meant that the possibility of a military solution to the conflict remained a viable option – and it also served as a way that political leaders could distract their populations from domestic tensions.

Nationalist rhetoric and policy is and has been used by all regional actors as a convenient way of boosting domestics ratings instead of reforming and liberalising their own governance. But this war is also fuelled by deep structural deficiencies.

The revision of Armenia’s security paradigm and democratic changes in Azerbaijan could help deconstruct traditional, harmful narratives. The protection of minority rights should be a norm across the South Caucacus – and minimizing Russia’s presence in key areas would be the most reliable way to future peaceful co-existence and cooperation.

Dr Leila Alieva is an affiliate of Russian and East European Studies, Oxford University School for Global and Area Studies, and a part-time tutor at the Oxford Department for Continued Education. She was also founder and president of two think-tanks in Azerbaijan.

Giving Voice, Driving Change - from the Borderland to the Steppes
Armenia, Azerbaijan, Karabakh
Conflict resolution, Conflict
Connect with us