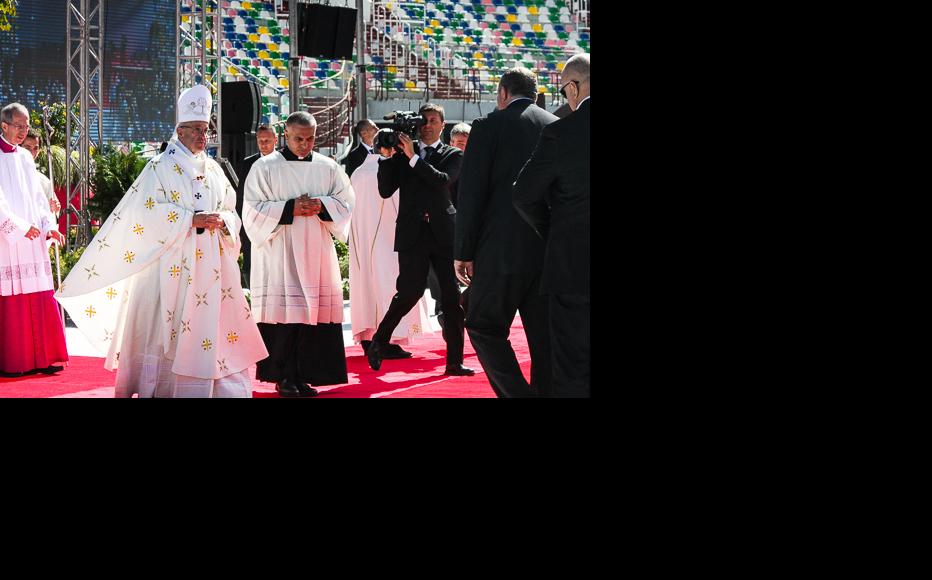 Pope Francis after the Holy Mass met with Georgian president Giorgi Mrgvelashvili, who attended the event with other government officials. (Photo: Tako Svanidze) 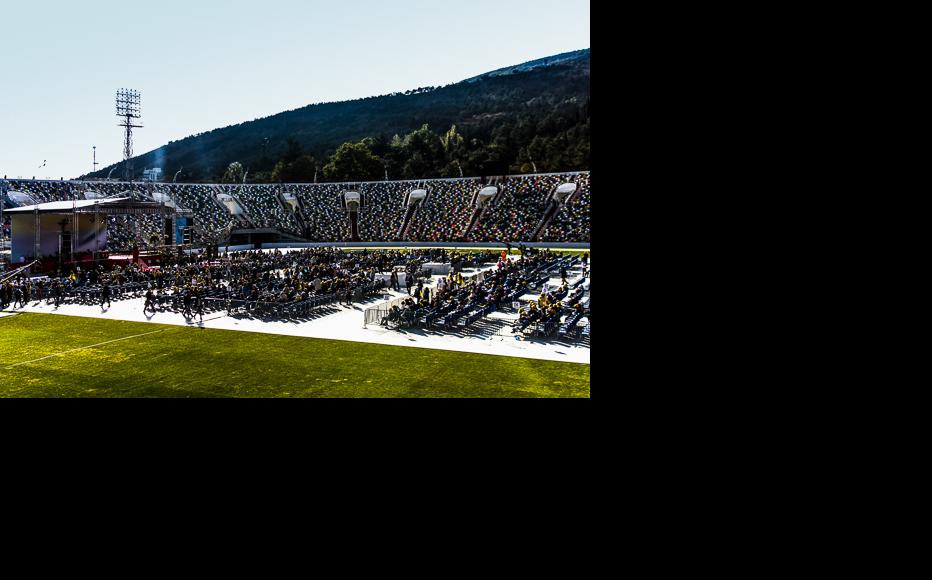 The Mikheil Meskhi stadium in Tbilisi, with a capacity of over 25,000 people, nearly empty before the beginning of Holy Mass. (Photo: Tamar Svanidze) 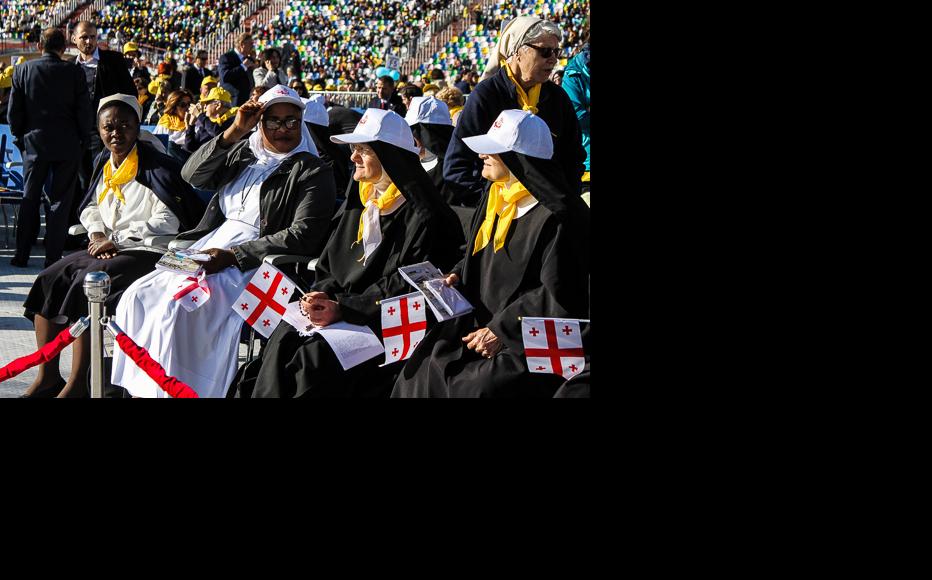 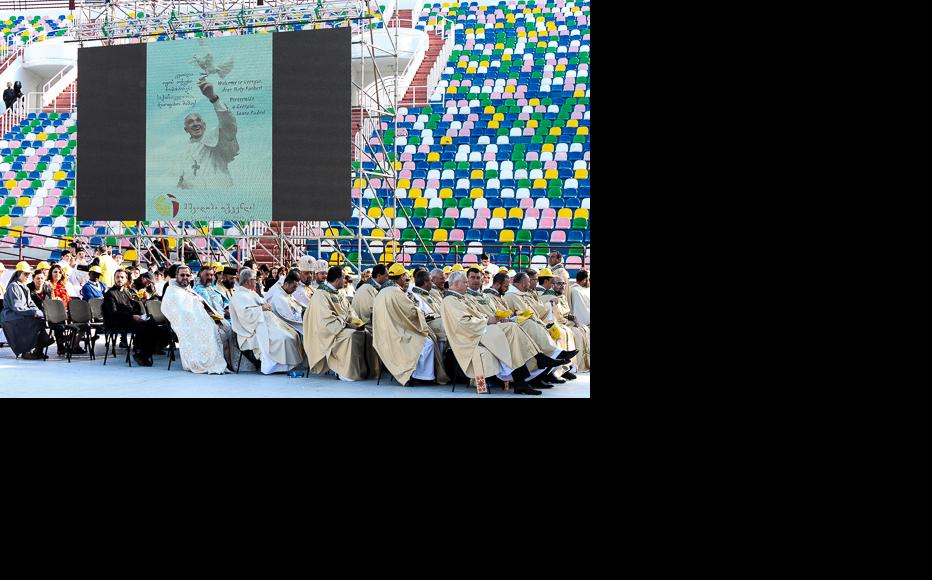 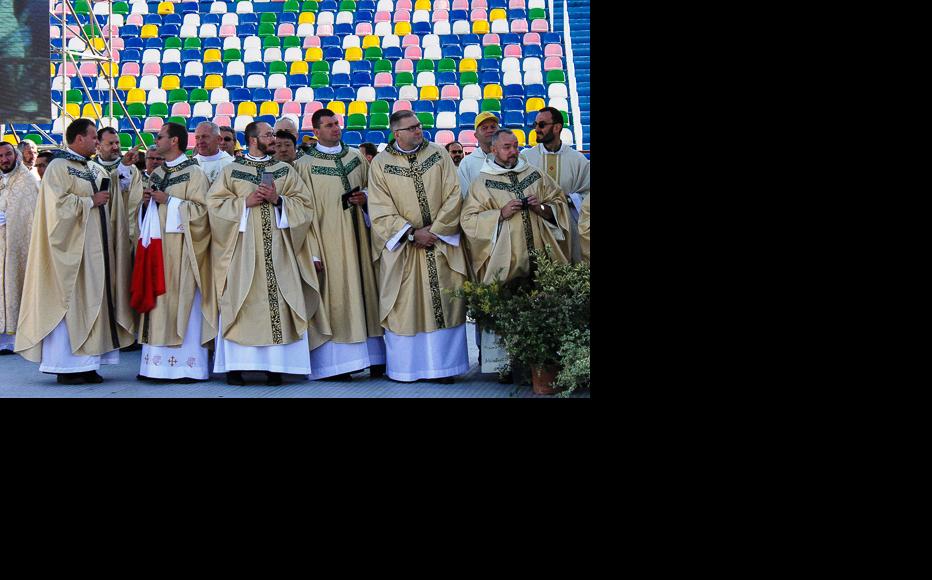 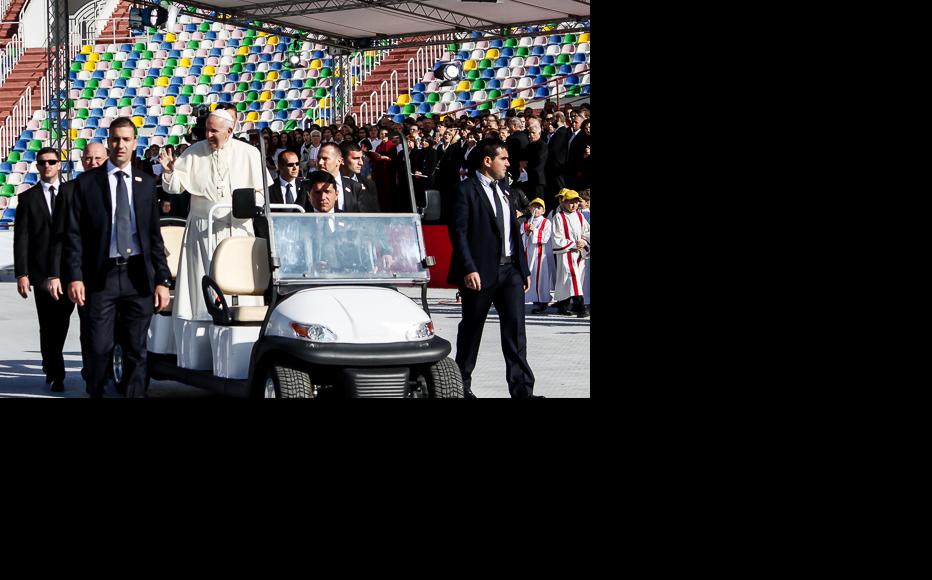 Pope Francis greets worshippers as he arrives at the stadium. (Photo: Tamar Svanidze) 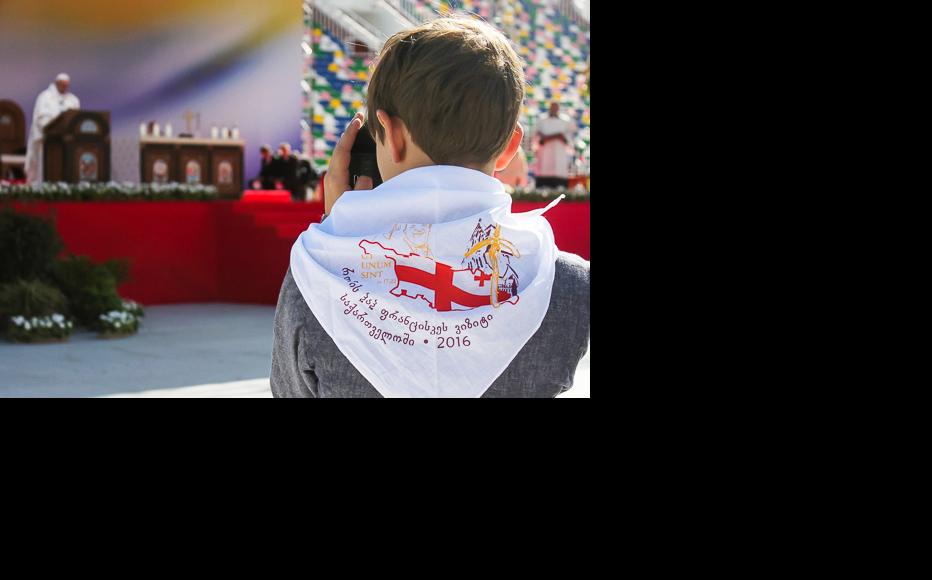 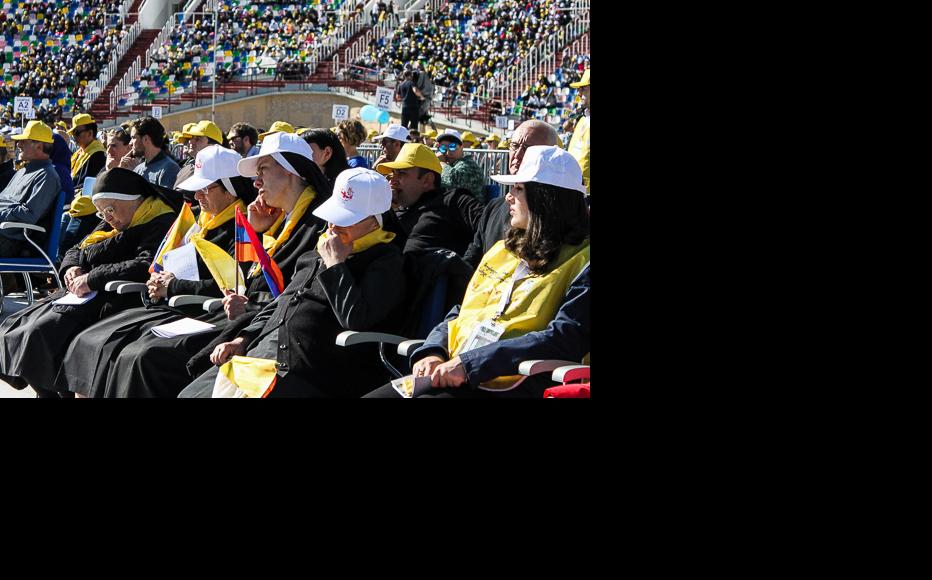 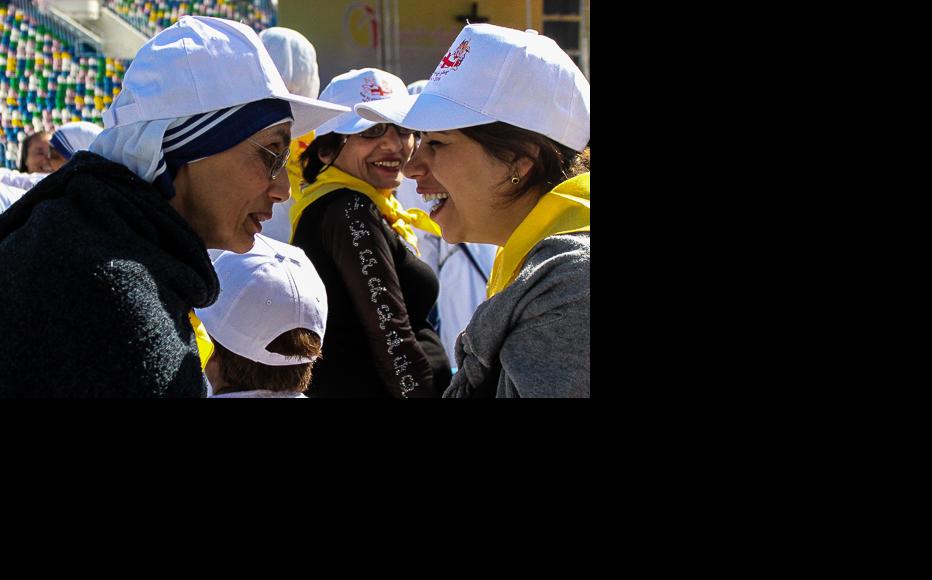 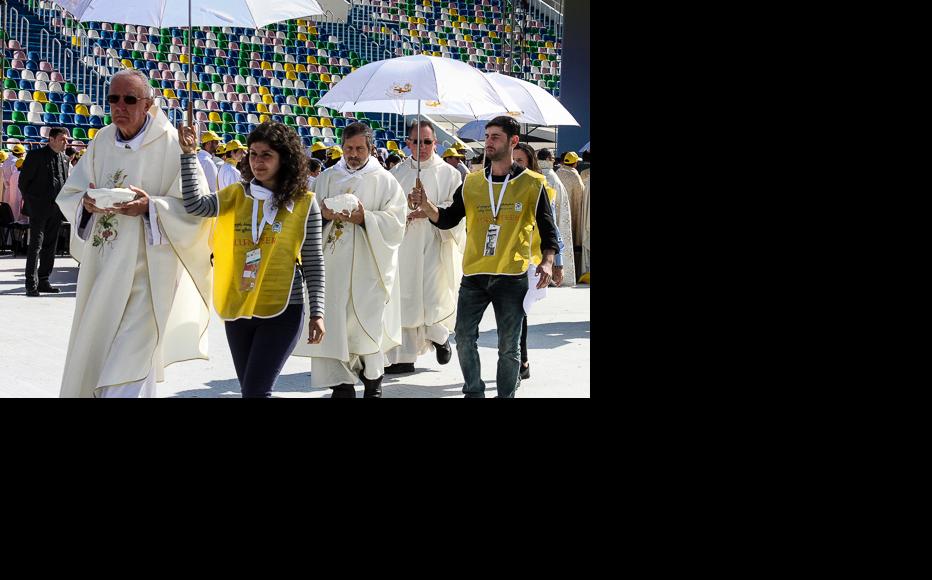 Priests about to conduct the service of Holy Communion. (Photo: Tamar Svanidze) 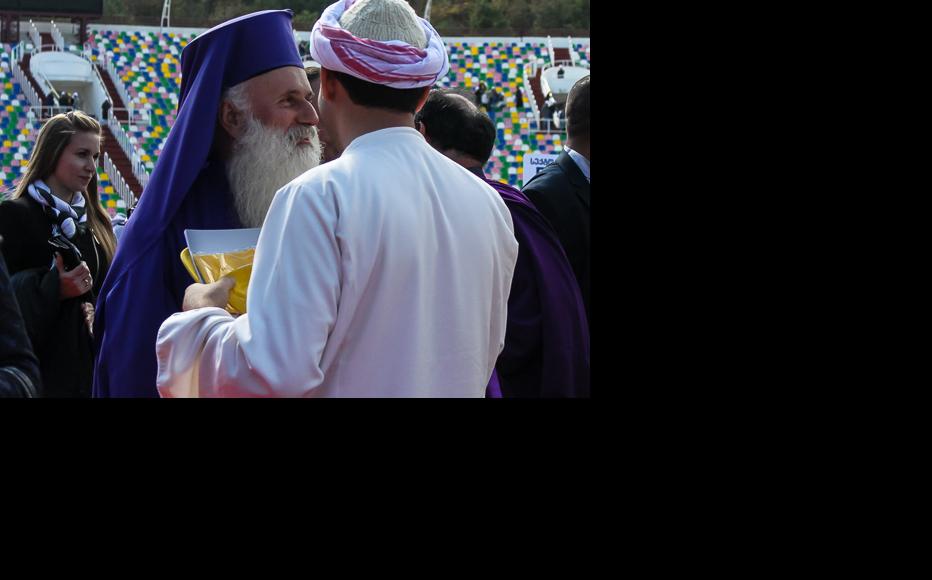 Malkhaz Songhulashvili, archbishop of the Evangelical-Baptist Church, talks to a leader of the Yazidi Religious Union. (Photo: Tamar Svanidze) 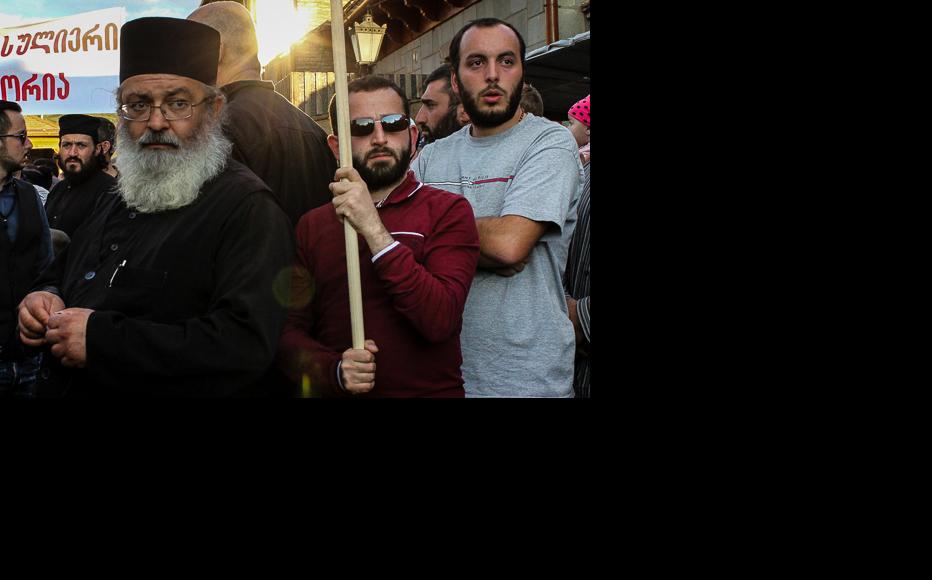 On October 1, members of the Orthodox Parents Union and a group of priests rallied outside Svetitskhoveli cathedral in the town of Mtskheta as Pope Francis was meet the Georgian Patriarch. (Photo: Tamar Svanidze) 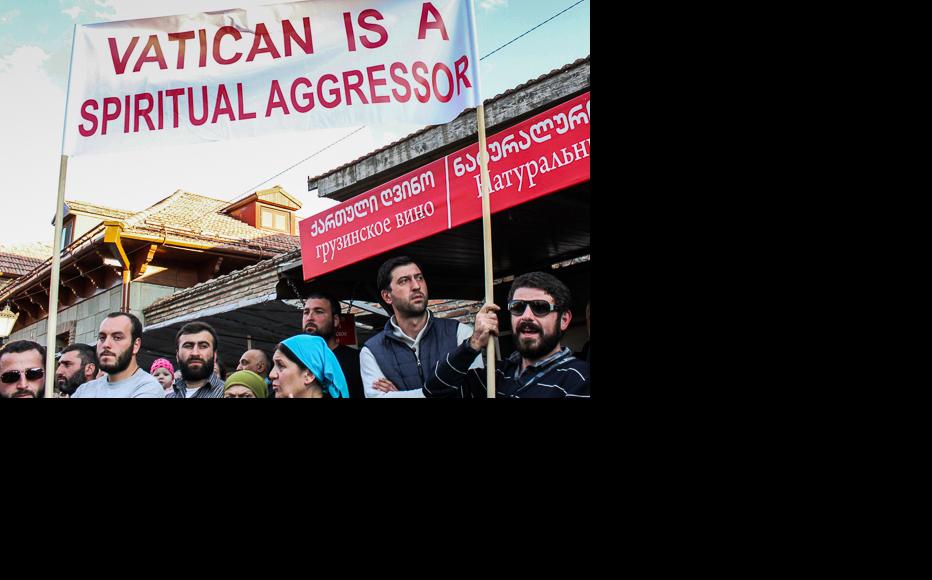 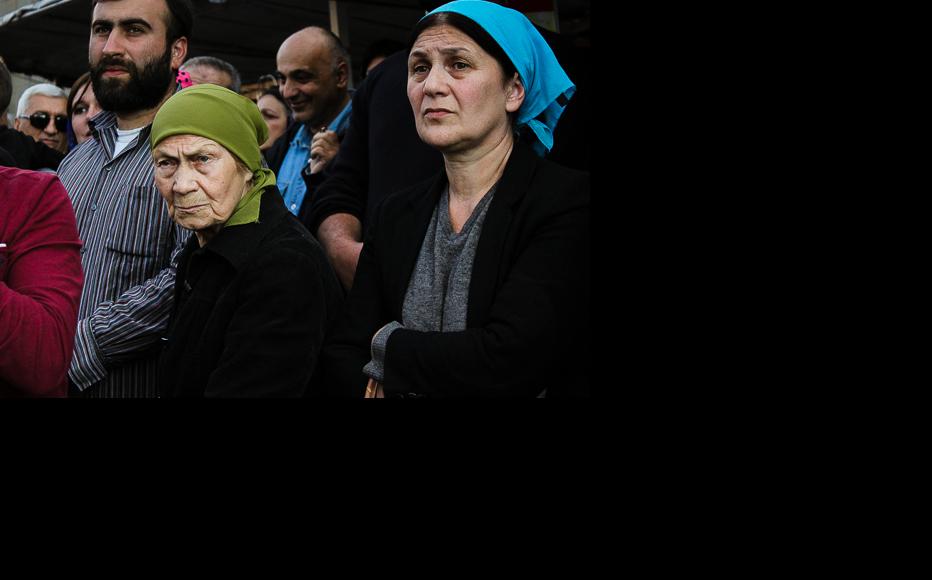 Protestors said the pope’s visit was aimed at converting Georgia to Catholicism and it was sinful for him to enter Svetitskhoveli. (Photo: Tamar Svanidze) 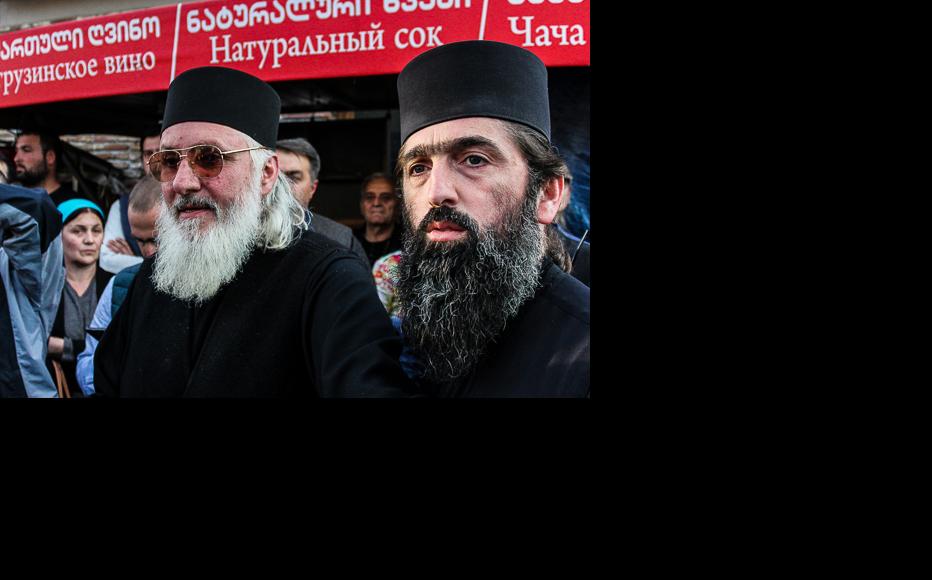 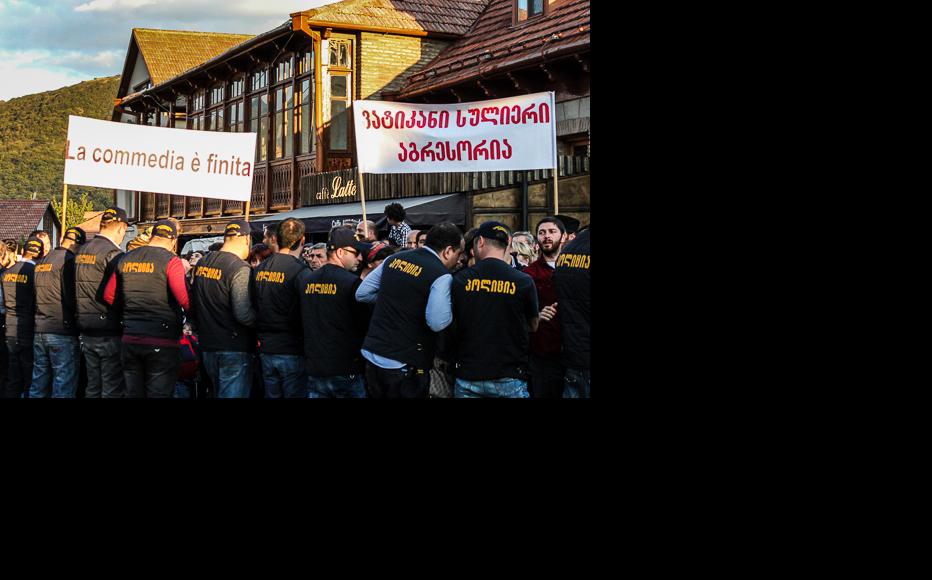 Some participants in the Orthodox rally were particularly aggressive and called everyone who refused to join them sinners. (Photo: Tamar Svanidze) 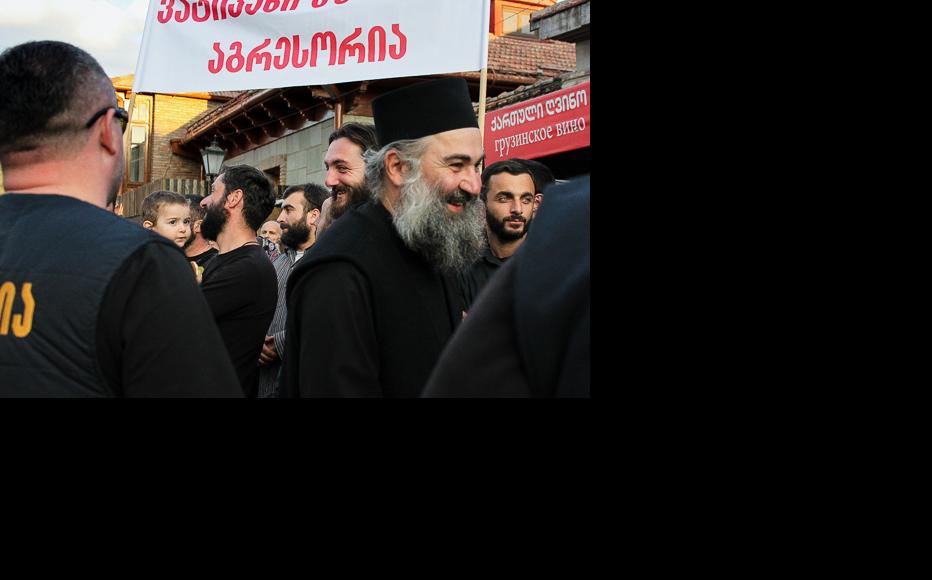 Demonstrators started to protest the Pope's visit several days before his arrival. The same group rallied outside Tbilisi airport and near the stadium on the day of the Holy Mass. (Photo: Tamar Svanidze) 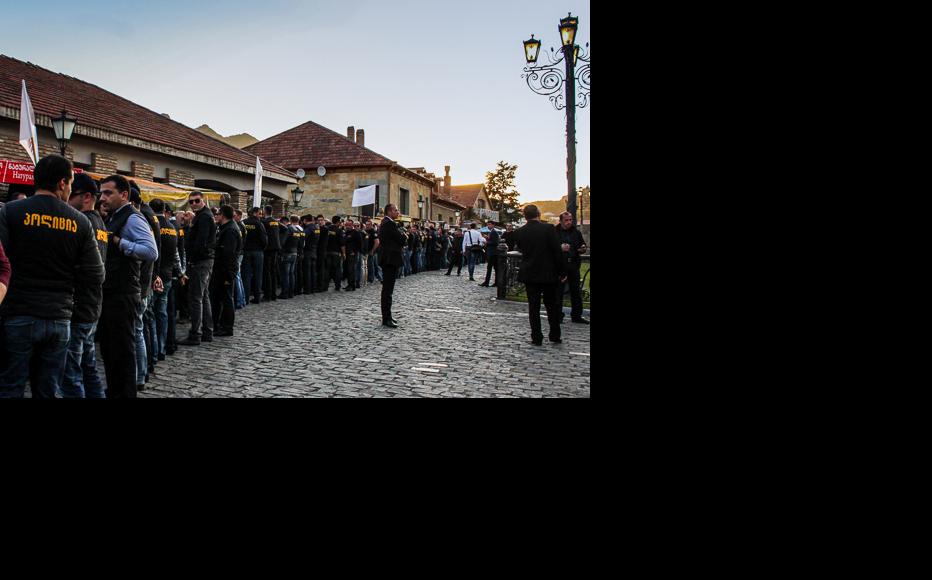 Security measures were tightened at the entrance of the Svetitskhoveli cathedral. Dozens of police officers stopped the protestors breaking through the cordon. The rally ended peacefully. (Photo: Tamar Svanidze) 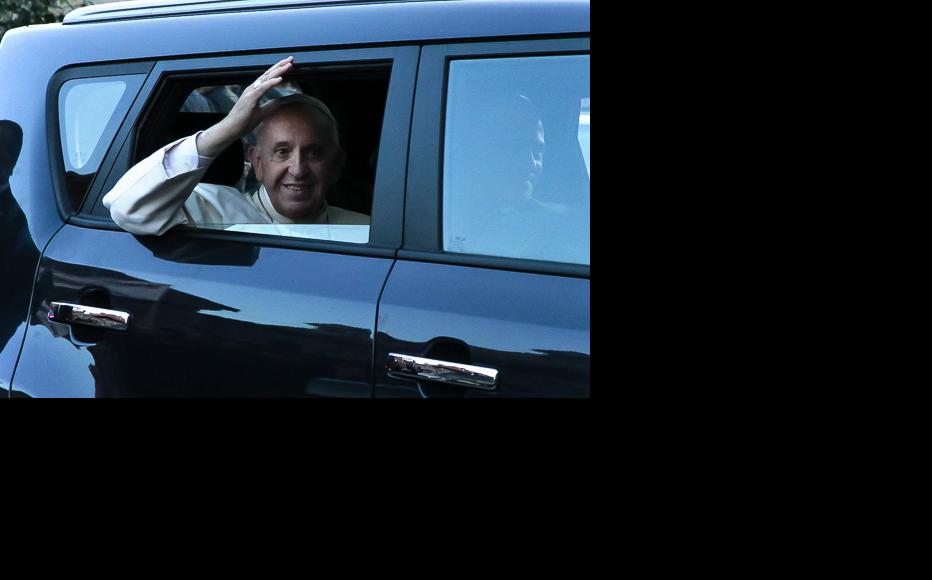 Before leaving for Azerbaijan, the Pope attended the Orthodox Mass led by the Georgian Patriach in Svetitskhoveli cathedral. (Photo: Tamar Svanidze) 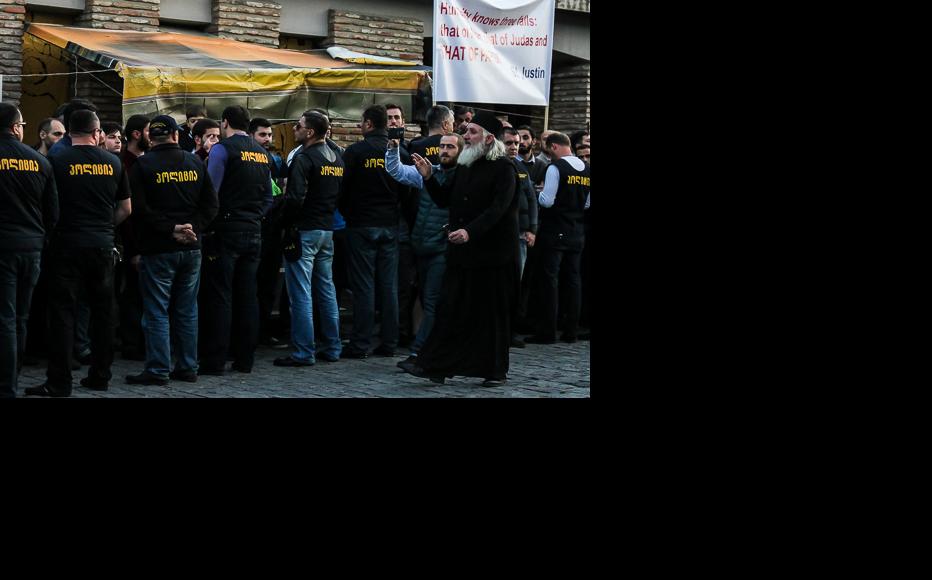 A priest who organised the protests calls on participants of the rally to stop. “The Papal comedy is over! He has left.” (Photo: Tamar Svanidze)
The link has been copied

Pope Francis, the spiritual leader of over 1.2 billion Catholics worldwide, came on the invitation of Georgian president Giorgi Margvelashvili and the leader of Georgia´s Orthodox Church, Patriarch Ilia II.

Georgia is overwhelmingly Orthodox Christian, with only about 20,000 people or around 0.8 per cent of the population belonging to the Catholic faith.

The Georgian Orthodox Church has an extreme right wing that is strictly against any dialogue with the Catholic Church, from which they split in the 11th century.

Since coming to office in 2013, Pope Francis has made a point of reaching out to the Orthodox church to bridge the schism. One week ahead of parliamentary elections in the country of 3.7 million, the pope said he wanted to bring a message of peaceful coexistence to a post-Soviet state.

Nonetheless, a small radical Orthodox group, among them several priests, rallied outside Tbilisi’s Vatican embassy ahead of the pope’s September 30 visit.  They said that Pope Francis was a threat to Orthodox Christians and aimed to spread Catholicism in the region.

The same group protested outside Tbilisi airport when the Pope arrived, and in front of in front of the Mikheil Meskhi stadium in Tbilisi where he celebrated Mass on the second day of his visit.

The stadium has a capacity of over 27,000, but only some 3,000 people, including government officials and the diplomatic corps, turned out for the Mass.  This made for an unusual sight, as papal visits tend to attract throngs of crowds.

The protestors also gathered in Mtskheta, when Francis met the Georgian Patriarch Ilia II in the Svetitskhoveli cathedral, the seat of the Georgian Orthodox church.

In his speech at the president’s palace in the capital Tbilisi, the Pontiff underlined the importance of respecting minorities and accepting those who are different.

“Far from being exploited as grounds for turning discord into conflict and conflict into interminable tragedy, distinctions along ethnic, linguistic, political or religious lines can and must be for everyone a source of mutual enrichment in favour of the common good,” he said.

Despite the protests, the Pope said the trip had been a success.

“I had two surprises in Georgia,” Pope Francis told reporters following his visit. “One, Georgia. I have never imagined so much culture, so much faith, so much Christianity…It is a believing people and an ancient Christian culture! A people of so many martyrs.

“I discovered something that I didn’t know: the breadth of the Georgian faith. The second surprise was the patriarch: he is a man of God. This man has moved me. I many times have found that I left with the heart… moved and full of the sensitivity of having found a man of God, truly a man of God.”

Early on October 2, Pope Francis left Georgia and headed to neighbouring Azerbaijan for a one-day visit.

Georgia
Life
Connect with us