New IWPR initiative seeks to build consensus over what is a deeply divisive issue.

New IWPR initiative seeks to build consensus over what is a deeply divisive issue. 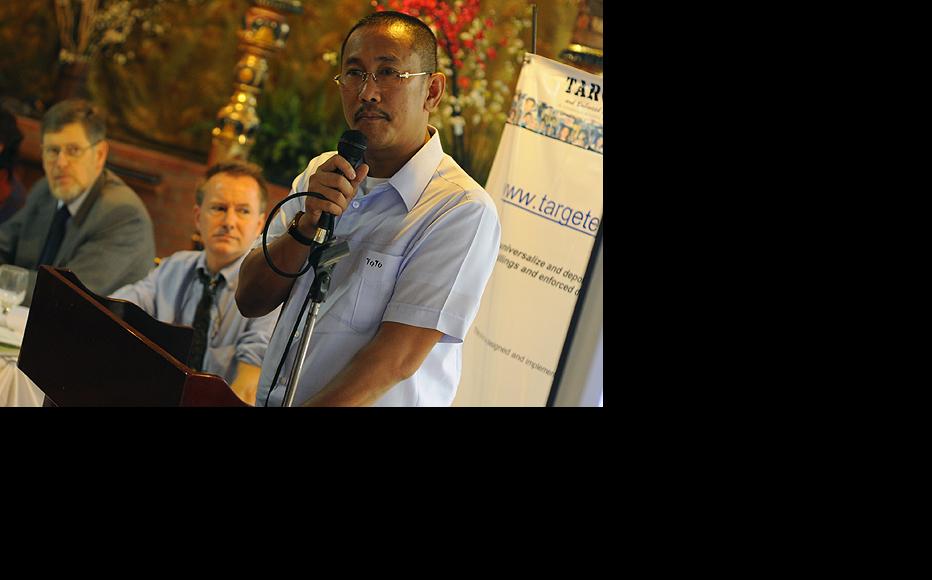 Magunidano Governor Esmael Mangudadatu, who lost several members of his family in recent killings, speaking at launch of IWPR project. (Photo: Jes Aznar)
The link has been copied

IWPR has launched its third project in the Philippines and its second focusing on the issue of human rights and impunity.

Our new project – Target Extrajudicial Killings and Enforced Disappearances (http://www.targetejk.net/) - attempts to build consensus over what is a deeply divisive and contested issue. Despite a very high and increasing number of killings and involuntary disappearances, there is huge disagreement over actual numbers or who should be deemed a victim.

Human rights activists, trade union officials, leftist politicians, journalists and land reformers comprise the vast majority of victims. Yet soldiers, policemen and militiamen are equally being targeted. So too are petty criminals, government officials and judges.

Data collection is typically determined by the political and ideological views of those doing the monitoring and is consequently rejected by others. “The only result is everybody loses - not least all the continuing victims and their families left behind.” said Alan Davis, Target EJK Project Director and Head of Asia Programming at IWPR.

Given such divisions and confusion, we have begun working to depoliticise and universalise the issue showing it as a critical issue that unites rather than divides.

Funded by the European Commission Justice Programme in the Philippines, (EPJUST), it builds upon our earlier work within the Philippine Human Rights Reporting Project (http://www.rightsreporting.net) and is based on the premise that developing a politically neutral approach is the first crucial step toward combating the climate of impunity.

The official launch of the project in Manila on October 19 is the first time the human rights group Karapatan has agreed to share a stage with the Philippine military: the group alleges the army is behind all the killings, while the military claims the group is in fact part of the insurgency movement.

Over recent weeks in the lead up to the launch, IWPR has been meeting with state and non-state groups and interests to listen to competing views of what should and what should not be deemed an extrajudicial killing. We have also started investigating specific cases of killings and enforced disappearances - as well as examining capabilities and deficiencies of the current justice and forensic system.

This short-term project runs through until March 2011. IWPR also runs the USAID-funded Philippine Public Transparency Reporting Project (http://www.transparencyreporting.net) in partnership with three local groups including the National Union of Journalists in the Philippines.