Ex-militants say that broken promises are prolonging the insurgency.

Ex-militants say that broken promises are prolonging the insurgency. 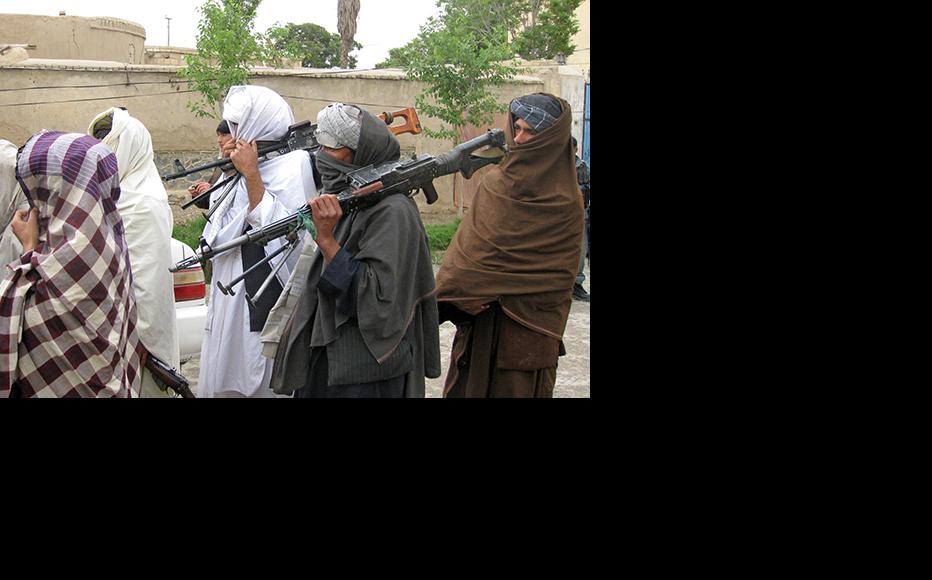 Taliban fighters peacefully surrender their arms during a meeting with Afghan government officials as part of the government's peace and reintegration process, April 11, 2011 in Kandahar. (Photo: U.S. Army Maj. James D. Crawford/ISAF via Getty Images)
The link has been copied

Former Taleban fighters warn that the peace process has completely stalled in the southern province of Kandahar, where the High Peace Council (HPC) has failed to convince a single insurgent to lay down his arms in the last year.

Part of the remit of the HPC, formed in September 2010 by then-president Hamid Karzai, was to bring more moderate elements of the Taleban to the negotiating table and eventually to hold direct talks with the government in Kabul.

It has come in for some fierce criticism over the years for how it has handled these reconciliation, although its Kandahar branch has also been credited with persuading hundreds of armed militiamen to stop fighting.

But now, former Kandahar insurgents argue that the process has stalled because the government has failed to fulfill promises to provide them with homes and employment.

“The Taleban’s activities had become unacceptable to me - they were un-Islamic and inhumane,” said Najibullah, who used to command a unit of 14 fighters. “They used to kill civilians, destroy schools and other public places, and this just wasn’t justifiable to me.”

He spent nine years as an insurgent in the well-known Taleban strongholds of Shah Wali Kot and Nesh, both in the mountainous far north of Kandahar province.

But then a year ago, following talks with a number of tribal elders including the head of Kandahar’s provincial council, Sayed Jan Khakrizwal, he agreed to abandon the Taleban.

The final push to change sides came after reaching the conclusion – a view widely shared among ordinary Afghans – that Pakistan’s intelligence service, the ISI, was manipulating insurgents into prolonging its war in an effort to further destabilise the country.

However, Najibullah said that the officials had subsequently failed to fulfill promises of helping him find a job or better housing.

“I told my friends that if my experience in joining the peace process was good, then they should also join,” he said. “But now I can’t convince them. The government is not committed to its promises.”

Others argue that, had former fighters been well looked after, Kandahar province would be benefitting from far greater stability.

Mullah Abdul Karim, another former Taleban commander, said that he had fought the government in Panjwai district, seen as a Taleban hub, for four years.

Three years ago, he and a group of friends visited the HPC’s Kandahar branch, and as a result took the decision to cease fighting.

He said, “I'm not sad that I withdrew from the war but I am sad that the government has proved to be a liar. The government told us lies.”

Sheer Ahmad Haqyaar, who heads the Kandahar branch of the HPC, acknowledged that there were concerns that some disgruntled former Taleban fighters might rejoin the insurgency.

He agreed that key government promises, especially in respect of housing and employment, had not been met.

“The HPC’s central office always told us that anyone who joined the peace process would receive a job, a salary and a home,” he said.

“Initially many men were helped with these issues but lately the attention of officials in central office has wavered and these promises haven’t been fulfilled.”

He said, “The insurgent’s willingness to trust the HPC has definitely decreased and not a single member of the Taleban has joined the peace process in a year. We’re trying really hard to regain their trust.”

Noor Mohammad, a religious scholar from Kandahar province, said that peace-making remained as urgently needed as ever.

Describing the war as “fratricide”, he insisted that all Muslims had a duty to support peace.

“Sharia's ruling is that war must be stopped,” he said. “All parties need to sit down together and resolve their issues through dialogue.”

But the HPC remains a controversial vehicle for delivering reconciliation.

Niamatullah Wafa, a member of Kandahar’s provincial council, said, “This organisation has had neither any major achievement in the past nor is expected to in the future.”

Ahmad Shah Spar, a local activist, added, “This lack of control, this more hesitant peace process, is all due to the failure of the HPC to implement its promises.

“It’s opened the way for a continuation in fighting. It’s destroyed the opposition’s trust in the government.”