Incoming president decides the palace his predecessor built isn't for him.

Incoming president decides the palace his predecessor built isn't for him. 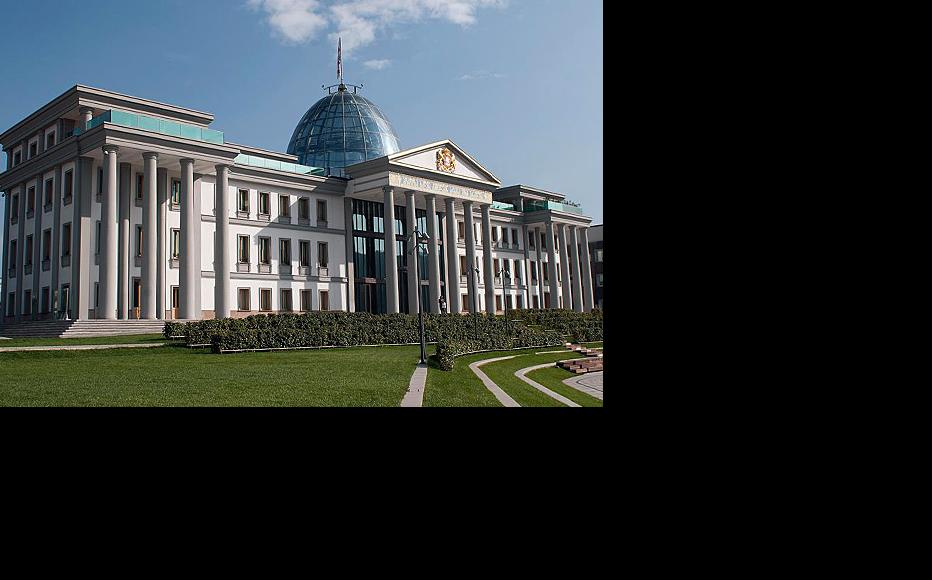 The presidential residence in Tbilisi is likely to be handed over for use as a university instead. (Photo: Levan Kherkheulidze).
The link has been copied

Georgia’s president-elect, Giorgi Margvelashvili, says he will not move into the official residence built by his predecessor Mikheil Saakashvili, who has complained that the authorities are trying to expunge all memory of him.

Saakashvili, who became president in 2004 but was not eligible to stand for another term in the October 27 election, conceived the palace as a suitably grand backdrop for meetings with foreign dignitaries. But it appears he may be the first and last head of state to enjoy its charms.

Margvelashvili has made it clear that the recently-built presidential residence, dominating the Avlabari district of the capital Tbilisi, is too lavish for his tastes.

Instead, he has proposed handing it over to be used as the premises of the Georgian-American University, due to open next year

“I am glad that the budgetary money spent on such an expensive building will be used for the good of Georgian students and Georgian education,” he told journalists on November 4.

After his inauguration on November 17, Margvelashvili will temporarily move into a building previously used as the state chancellery. Next summer, he will move into a different presidential residence, a building that formerly housed the United States embassy.

Georgia has undergone seen an electoral upheaval over the past year. In October 2012, Saakashvili’s United National Movement lost a parliamentary election to the Georgian Dream coalition, led by billionaire Bidzina Ivanishvili. In the new government, Ivanishvili became prime minister and displaced Saakashvili as the dominant figure in the country. Margvelashvili is an ally and protégé of his, as is Irakli Garibashvili, whom he has nominated to replace him as prime minister.

Saakashvili says the government wants to “exorcise his spirit” from the Avlabari palace.

“World leaders who have come to Tbilisi to support Georgia have held press conferences in this hall. The building already has a grand historical tradition,” he told foreign diplomats at a televised meeting. “If we don’t want Georgia to be a little village, as someone likes to put it, and if we want it to be a country, then we need symbols.”

He added. “If you don’t like the fact that Saakashvili was here, you can open the windows. You can do lots of things to drive my spirit out of the building, but you shouldn’t drive out the [presidential] institution.”

Saakashvili said that rather than making the building into a university, it would be better to use it as the prime minister’s office, to reflect constitutional changes which have transferred many of the president’s powers to government.

The Georgian-American University is the brainchild of Saakashvili and his allies when they were in power, but they say the idea of turning over the Avlabari palace to it shows that the current government is making up policy as it goes along.

“They should explain what it is they actually want,” Saakashvili’s chief-of-staff Andro Barnov told reporters. “They are inventing absurdities just to distance themselves from Mikheil Saakashvili and the National Movement.”

It has never been clear how much the residence cost. When it opened in 2009, Saakashvili said it had cost less than 0.2 per cent of total government expenditure over the previous five years. That suggested a figure below 25 million US dollars, By contrast, accusations had been made in the media that the palace had cost anywhere between 50 and 800 million dollars.

Kakhi Kakhishvili, head of the Centre for the Study of Electoral Technologies, doubts that a university is the best way of making use of a building that cost so much money.

“If the government is categorically against giving the building to a state institution, then it should sell it. I am convinced that an investor would appear, and that the money raised would satisfy the demands of people who – according to the current government – had their businesses and assets stolen by the old government.”

Sofo Bukia works for the Rustavi 2 broadcasting company in Georgia.