Osh: The View From Above

Osh: The View From Above 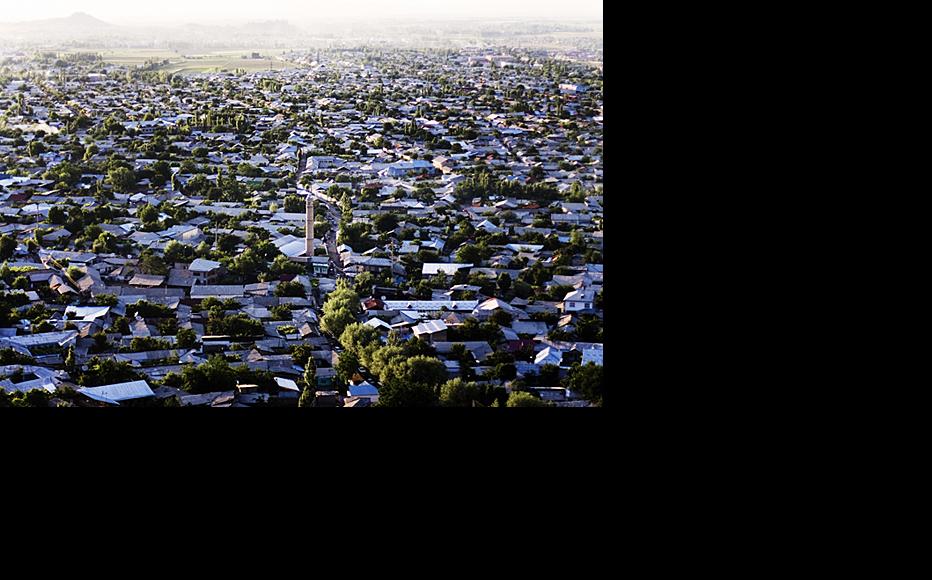 The top of the Sulaiman Mountain provides a panoramic view of the city. (Photo: Sam Barataliev) 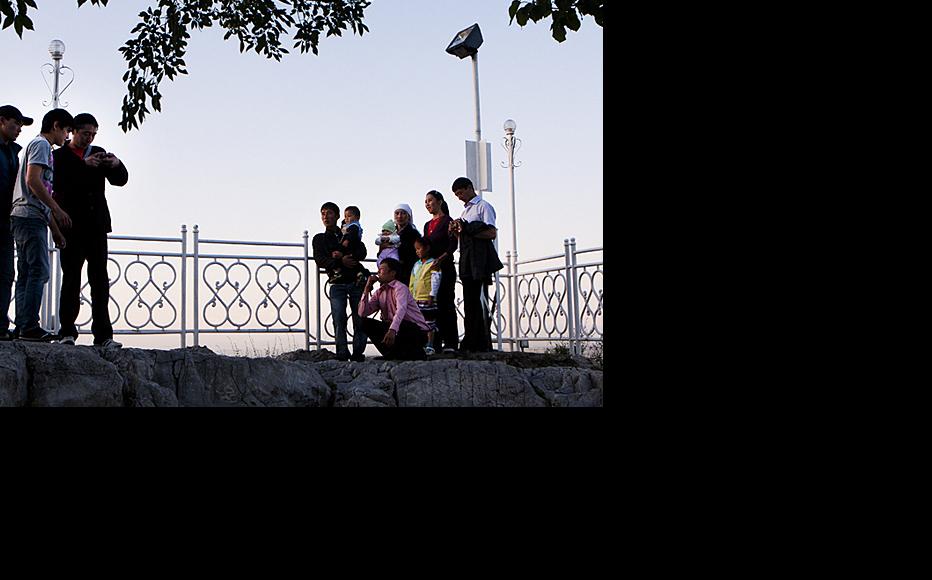 Sulayman Mountain is popular with locals and visitors alike. (Photo: Sam Barataliev)
The link has been copied

It is a hot summer day in July in the city of Osh, a regional centre in the Fergana valley in southern Kyrgyzstan.

I’ve just got off the bus and I am walking towards the slopes of the city’s landmark, Sulaiman Mountain. It is known as Suleyman-Too in Kyrgyz and Sulaymon-Togh in Uzbek.

Named after the Muslim prophet Sulaiman – the biblical King Solomon – it is the site of a shrine that is believed to mark his grave and is still a place of pilgrimage. Legend has it that that Sulaiman drove a plough in front of his advancing army, and when the team of oxen arrived at the mountain, he said, "Khosh!" (That's enough), giving Osh its name.

The four rocky ridges rise up suddenly in the centre of Osh, dominating the city and providing a fine view for visiting locals and tourists alike.

“Alhamdulillah! Thanks be to Allah and to our ancestors that we can be here,” my parents used to say when they took us for a walk on the mountain.

The path around the hillside makes an interesting walk. Along the way, you can see pilgrims praying at Sulaiman’s shrine – a small cave – asking for relief from illness and other help.

There is a fine description of the mountain in the memoirs of Babur, the Central Asian prince who went on to found the Mogul Empire in India. Before he set off on his conquests, the young Babur built a summer house on the top of the mountain, where he liked to spend his time.

Suleyman’s mountain is the only UNESCO World Heritage Site in Kyrgyzstan. On the southern slope, remains of a late Bronze-age settlement have been discovered, enabling archeologists to establish that Osh is 3,000 years old.

Given its history, it is not surprising that the mountain is a magnet for visitors. I went up a narrow path and reached the main walkway leading to one of the summits, my ultimate destination.

I did meet some people doing a tour on my way up, but it was clear that visitor numbers had dwindled compared to the crowds that used to come here before last year’s tragic events.

Several days of fighting in June 2010 involving ethnic Kyrgyz and Uzbeks in and around Osh and Jalalabad left over 400 people dead and many more injured. Massive damage was done to homes and businesses as the mobs went on an arson and looting spree.

I caught myself thinking that maybe one day, things will return to normal. Sulaiman Mountain is not just the main historic attraction hereabouts, it is also the place around which the lives of local people revolve. Young couples come for a romantic stroll, families bring their children, and elderly people say a prayer.

When I was little, my family lived close by the mountain, in one of the districts that was to be badly damaged in last year’s ethnic violence. In those happy days of childhood, my friends and I used to come here and race each other to the top.

Following the conflict, many of those friends headed off to Russia or other countries in search of jobs and better lives. They saw no future for themselves here.

It makes me feel sad to think that they’ve gone. So instead of dwelling on that, I try to recall the wonderful times when all of us – from different ethnic backgrounds – use to play together. There was one thing that bound us together – we were all as naive and sincere as children can be.

It is getting hot – nearly 38 degrees Celsius – and the rocks seem to be giving off warmth. I am approaching the summit, but each step I take requires more effort than before.

Finally, I am there. I am at the top, looking down at the city sprawling out around me. In some places, traces of destruction from the violence are still visible – half-ruined houses; empty gaps where the rubble has been cleared away, heaps of rubbish, and piles of building material.

I look around me and see a few dozen people – Kyrgyz, Uzbeks and Russians, plus some foreign tourists immediately recognisable by their large backpacks. All of them just stand there, sweating and tired from the long walk up and enjoying the beautiful view of Osh, their reward for making it this far on a mercilessly hot day.

And there it is before us, the ancient city in whose history the glory of past days is intertwined with a modern tragedy.

I feel a strange sensation, a mix of joy, sadness, loss and pride all at the same time.

Since ancient times, Sulaiman Mountain has been at a crossroads on the ancient trading routes known as the Silk Road. It was a place where people from different parts of the world met to exchange not only fine goods, but also ideas and cultures.

That is why the mountain has become a symbol of universal human values, of the ability to overcome differences and communicate with and understand others.

I very much hope that this spirit will be revived and that our future can become, if anything, better than our past.

Isomidin Ahmedjanov is an IWPR-trained journalist from Osh who reported on the 2010 violence and on the post-conflict rebuilding process.

Kyrgyzstan
Peace
Connect with us