Armenian servicemen in frontline trenches separating the Armenian-controlled territory from the Azerbaijani forces in Nagorny Karabakh, pictured in May 2016. © Monica Ellena 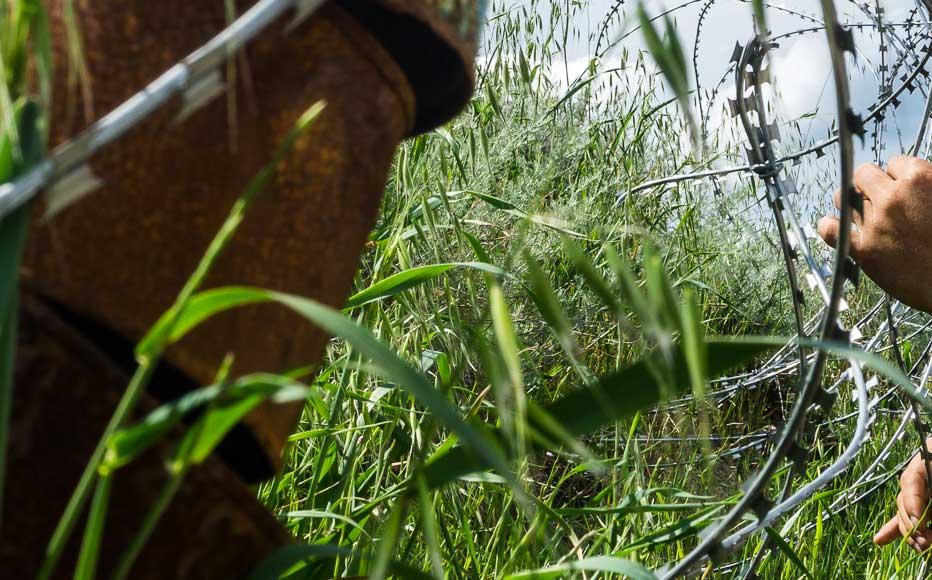 Armenian servicemen in frontline trenches separating the Armenian-controlled territory from the Azerbaijani forces in Nagorny Karabakh, pictured in May 2016. © Monica Ellena
The link has been copied

In October 2020, Yenok Avetisyan spent 12 days in wounded and hiding before Azerbaijani forces captured him in the woods near Hadrut, a town in southern Nagorny Karabakh.

The teenage soldier had been fighting for almost a month with Armenian forces in the enclave recognized internationally as part of Azerbaijan. He did not know Hadrut had fallen under Baku’s control.

He and other Armenian prisoners were kept in various buildings controlled by the Azerbaijani military and a week after his October 24 capture, he was transferred to Baku.

“We were kept in the buildings of the State Security Service…the attitude towards us was bad,” the 19-year-old told IWPR. It got better when they were transferred to prison, he recalled.

After being held for 70 days, Avetisyan was freed and sent back to Armenia on December 28.

A year after the Russia-brokered ceasefire ended the 44-day conflict that claimed over 6,500 lives and saw Armenia cede swathes of territory it had controlled since the 1990s, dozens of Armenians remain in captivity in Azerbaijan.

On November 10, Narek Mkrtchyan, Armenia’s minister of labour and social affairs, told parliament that 40 citizens were being held by Azerbaijan, three of them civilians. On November 16, Yerevan added 13 soldiers to the list following fighting on the border between the two countries around Lake Sev and the Ishkhanasar massif, on the south-eastern edge of Armenia.

Three days after the clashes, the worst since the 2020 conflict, Armenia’s defence ministry stated that “intensive work with the mediation and participation of the Russian side is under way to repatriate soldiers who were taken prisoner or went missing as a result of the fighting”.

The new captives have exacerbated an open wound in Armenian society, still grappling the trauma of the 2020 defeat. The unresolved issue is profoundly emotive and has sparked social media activism and pressure on the government.

The two countries agreed to swap prisoners as part of the ceasefire, a process which began in December 2020. In January 2021, Russian foreign minister Sergey Lavrov stated that Armenia had returned all Azeri prisoners who were captured during the conflict, but that the process with Armenian captives had been held up.

Progress was slow, with captives released in small groups through the mediation of Russia, which maintains 2,000 peacekeepers in the area as part of the ceasefire deal. The latest release on October 19 saw five prisoners land in Yerevan airport, bringing to 113 the total number of those freed after the 2020 conflict.

However, the number of those in captivity has been a contentious issue as human rights groups claim that up to 80 remain.

The dispute lies in who qualifies as prisoner of war in the first place. For Yerevan, every Armenian held captive in Azerbaijan is a prisoner of war and is entitled to be repatriated under the Geneva Convention. Baku claims that the remaining detainees entered the disputed territory after the peace deal and have thus been held on terrorism charges.

Experts said that as Azerbaijan has used the issue of prisoners of war as a bargaining chip to achieve post-war political goals and obtain minefield maps of the territory now under its control.

In July, intense diplomatic work involving the US, the EU, the OSCE and the Georgian government led to an agreement to swap 15 Armenians detained in Azerbaijan for maps of 97,000 land mines laid in territories regained in 2020.

There are also other objectives, noted Alexander Iskandaryan, the director of the Yerevan-based Caucasus Institute.

“For example, the opening of the so-called Zangezur Corridor to Nakhichevan [an Azerbaijani enclave sandwiched between Armenia and Turkey] through the territory of Armenia with extraterritorial status to which Armenia does not agrees,” he said.

Armenia has stepped up its efforts in the arduous post-war bargaining. It has filed lawsuits against Baku to the International Court of Justice (ICJ), the UN’s principal judicial organ mandated to settle inter-state legal disputes, and the European Court of Human Rights (ECHR). In parallel, legal representatives of prisoners have submitted individual complaints against Azerbaijan to the ECHR. Both countries have lodged inter-state applications against each other to the European court.

In the claim submitted to the ICJ in September 16 and heard in mid-October, Yerevan urged the court to impose interim measures to prevent Baku breaching the International Convention on the Elimination of All Forms of Racial Discrimination (ICERD) and order the release and repatriation of prisoners of war.

“We also demand that, while the cases are pending, Azerbaijan should treat them [prisoners] within the framework of its commitments under the Convention on the Elimination of All Forms of Racial Discrimination,” human rights lawyer Yeghishe Kirakosyan, who represents the Armenian government at the ICJ and the ECHR, told IWPR.

Azerbaijan’s deputy foreign Minister, Elnur Mammadov, said that Armenia’s request “is defective and must be rejected”. Baku has submitted a counterclaim to the ICJ as it stated that it will “resolutely defend itself”.

Siranush Sahakyan, a human rights lawyer who is part of the legal team representing Armenia at the ECHR, said that the hope was that the judicial process will unlock the issue.

“Only through it we can find out something about these people,” he told IWPR. “We have filed individual claims for each case to the ECHR, which has already contacted the government of Azerbaijan…the process is underway.”

There have been accusations that Armenian detainees were abused and tortured in custody.

“Conscripts were treated relatively softly,” Avetisyan recalled. “Like, ‘he is a soldier and was following orders.’ Volunteers and officers were treated with cruelty. They were tortured and beaten.”

“[Prisoners] were subjected to cruel torture, inhuman and degrading treatment, including because of their religious affiliation,” Armenia’s human rights defender Arman Tatoyan told IWPR, adding that all details provided by those who returned “were verified by various means”.

In a report published on March 19, Human Rights Watch (HRW) also alleged that, based on interviews with four former prisoners, Azerbaijani forces subjected Armenian captives to “cruel and degrading treatment and torture”. Following the November 16 fighting, HRW called on Azerbaijan to investigate all possible abuses and to hold those responsible to account as Baku is “bound by absolute prohibition on torture and other degrading treatment”.

Armenia has also initiated a new appeal to the ECHR demanding that the fundamental human rights of Armenians recently captured are respected.

In Yerevan, Avetisyan is still trying to mend his life. The memories are too traumatic to be probed deeply, but he has had surgery and is still undergoing rehabilitation.

“I always believed I would return home,” he said.