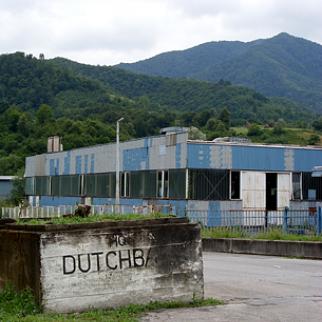 The public prosecutor’s office in The Netherlands this week decided against launching a criminal investigation into Thomas Karremans, commander of the Dutch peacekeeping troops in Srebrenica when the enclave fell to Bosnian Serb forces in 1995.

The Dutch battalion, known as Dutchbat, was a United Nations peacekeeping unit assigned to protect the eastern Bosnian enclave of Srebrenica after it was declared a “safe area” in 1993.

Despite this special status, the Srebrenica enclave was seized by Bosnian Serb forces on July 11, 1995. Thousands of Bosniak (Bosnian Muslim) civilians sought refuge at the UN compound in nearby Potocari. A few thousand were allowed inside, while thousands more remained just outside it.

In the days that followed, more than 7,000 Bosniak men and boys were murdered by Bosnian Serb forces.

In July 2011, an appeals court in The Netherlands found that the state was liable for the deaths of three Bosniaks who were forced by Dutchbat soldiers to leave the safety of the UN compound in Potocari. They were never seen again.

The lawsuit against the Dutch state was brought by Hasan Nuhanovic, a translator for the UN at the time of the massacre, and by the family of Rizo Mustafic, who worked as an electrician for Dutchbat.

As Dutchbat employees, Mustafic and Nuhanovic were allowed into the compound, along with the latter’s father, mother, and brother.

However, the appeals verdict determined that Dutchbat soldiers subsequently forced Mustafic to leave the compound. They allowed Nuhanovic to stay, but sent his brother away, and his father decided to follow.

“The court considers that Dutchbat should not have sent the electrician [Mustafic] and the brother of the interpreter [Nuhanovic] from the compound and should have foreseen that the father would follow the son,” a summary of the July 2011 civil judgement said.

Liesbeth Zegveld, a lawyer representing Nuhanovic and the Mustafic family, told IWPR in 2011 that she hoped the appeals judgement would lead to a criminal investigation against Karremans. At Zegveld’s request, the public prosecutor’s office had opened an “informal factual investigation” a year earlier, in July 2010.

This week, on March 7, the prosecutor’s office announced that Karremans and two other Dutchbat officers, deputy commander Robert Franken and personnel officer Berend Oosterveen, “cannot be held liable under criminal law for having been involved in the crimes committed by the Bosnian Serb army in July 1995 in Srebrenica”.

This conclusion was based on the examination of “already available data”, the prosecution said in a written summary.

The factual investigation took this long to complete because “this is an extremely complex and sensitive case” and a “huge quantity of data” had to be examined.

“According to the opinion of the public prosecution service, there is no evidence which obliges them to conduct further criminal inquiries,” the summary stated.

The examination found that the Bosnian Serb army had demanded a list of local UN employees who were to leave the enclave together with Dutchbat.

Hasan Nuhanovic’s brother Muhamed did not work for the UN and therefore did not have the proper documentation. Deputy commander Franken did not want people on the list who lacked the required documents, and he asked his staff whether a fake UN identity card could be fabricated in the compound.

“Franken was seriously taking into account that the Bosnian Serb army would conduct an inspection, and feared reprisals in case of discovery of the forged document and consequently for the life of the local personnel who did possess a UN identity card,” the summary states.

Because Franken did not allow Muhamed Nuhanovic to stay inside the compound, he was forced to leave, along with his mother. His father Ibro chose to leave with them. The examination found that since Franken’s decision on Muhamed was not deemed to be “culpable behaviour”, neither he nor Karremans could be held liable for what happened to Ibro after he decided to leave.

The summary states that Rizo Mustafic, the electrician, was technically employed by the municipality and not by the UN. Oosterveen told him that only local staff employed by the UN were “entitled” to stay on the compound.

After Mustafic left, Franken “reproached Oosterveen for making an enormous and stupid mistake”. Unlike Oosterveen, he considered Mustafic to be a local staff member, as did Karremans.

“The events around Rizo Mustafic are due to a dramatic misunderstanding,” but the Dutchbat commanders cannot be held criminally liable for it, the summary states.

It also notes that the civil appeals judgement, which found the state liable for the deaths of the three men, has itself been appealed to a higher court, and there is no final judgement yet.

“The nature of the examination that resulted in that [civil] judgement is essentially different from the examination… [of] whether any relevant charges may be filed against Karremans, Franken and Oosterveen individually under criminal law,” the prosecution said in the summary of its decision.

According to Zegveld, “there are huge question marks around the [prosecution’s] procedure”.

“They have made a decision in a case that's so complicated that we believe a judge should have looked at it,” she told IWPR.

She said that because the examination was based on already existing documentation, “no victims were heard, no suspects were heard. No one.”

Zegveld says she will lodge a complaint with the court, and if that does not succeed, the case will be taken to the European Court of Human Rights in Strasbourg, France.

Balkans, Bosnia and Herzegovina
Genocide
Connect with us