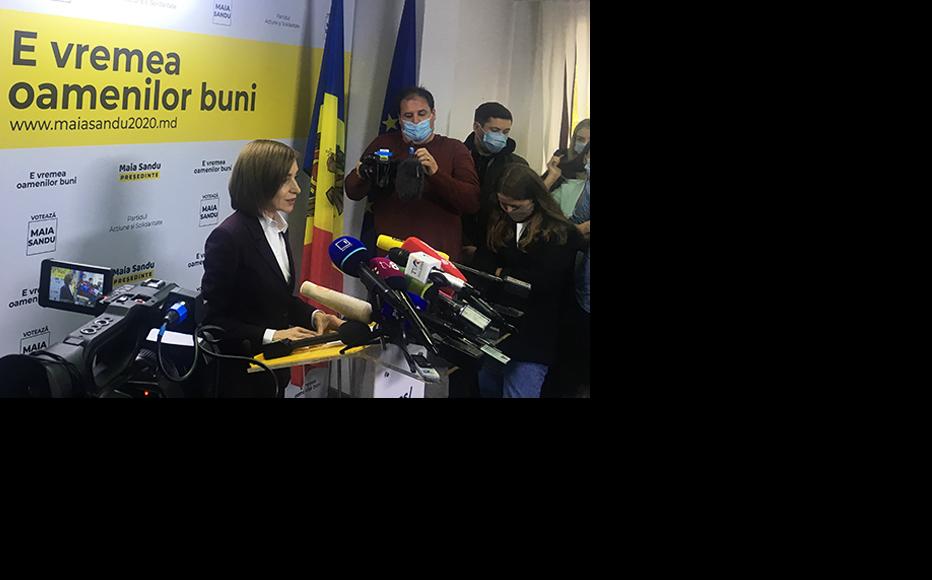 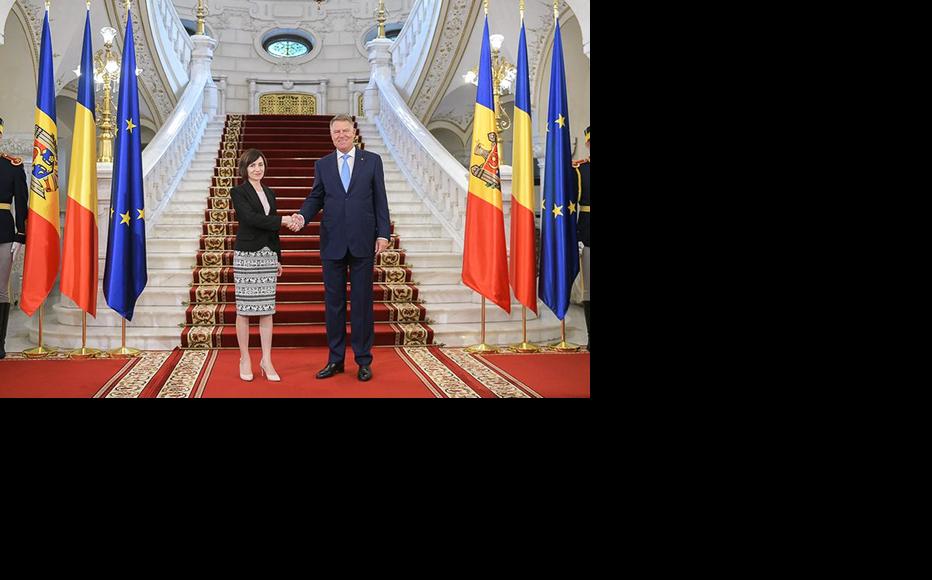 Maia Sandu was received by the Romanian President, Klaus Iohannis, at Cotroceni Palace in Bucharesti, Romania, in November 2019. (Photo courtesy of Maia Sandu's Facebook page)
The link has been copied

While the election of reformist president Maia Sandu signals Moldova’s interest in pursuing a European path, analysts warn that she faces a tough struggle given the strength and hostility of parliamentary opposition.

Sandu, the leader of the Action and Solidarity Party (PAS), won nearly 58 per cent of the vote on November 15, with the pro-Russian incumbent Igor Dodon winning just over 42 per cent.

The turnout in the second round of the elections was 52.69 per cent, with a new record for the substantial diaspora vote. More than 93 per cent of these 262,000 voters supported Sandu.

“Moldovans want a state that does not steal from them and protect thieves, but one that manages public money properly, a state that defends and helps its citizens,” Sandu announced in her first press briefing as president. “People want a state with strong institutions, with civil servants who obey the laws, not [political] instructions received by phone.”

Previously prime minister of Moldova between June and November 2019, Sandu pledged she would spend the next four years working to rebuild state institutions.

“My priorities will be to stop the theft of public money, stop corruption schemes and attract resources for Moldova's economy to prosper,” Sandu continued. “I will work to protect entrepreneurs, I will promote Moldovan exports, and I will insist on redirecting state resources to support the citizens most affected by the crisis: pensioners, the unemployed and needy families.”

“What does this mean for Moldovan citizens?” he continued. “It suggests concrete benefits in the future. And not only European leaders, but, you see, all major European publications have understood that Moldova has won a pro-European president who wants reforms, which will bring the country closer to the developed world.”

While President Vladimir Putin and Russian Patriarch Kirill both congratulated Sandu, they urged her to establish good relations with Moscow. Putin and the Moldovan Church, canonically subordinated to Moscow, had both endorsed Dodon against Sandu.

Sandu faces significant challenges, as Moldova is a parliamentary republic and presidential prerogative limited. Her main challenge will be the majority coalition in parliament, dominated by the Socialist Party.

Although Moldova remains the poorest and one of the most corrupt countries in Europe, they continue to oppose reforms, especially of the judiciary.

Sandu wants snap elections as soon as possible, arguing that the current parliament did not represent the will of the people as some deputies had changed parties three times already in the 18 months of its mandate.

“One of our goals is the dissolution of parliament because this parliament is illegitimate and unrepresentative,” PAS deputy Sergiu Litvinenco said. “Parliament’s dissolution was one of Mrs Sandu’s promises in the campaign, and we must fulfil this commitment.”

Even though he lost the election, Dodon still has the support of the Socialist Party (PSRM) to lead again. The party is also willing to step up its pro-Russian stance even further.

During a PSRM council meeting on November 18, the party stressed the need to grant Russian special status as an interethnic language. Delegates also vowed to lift January 2018 amendments to the audiovisual code which banned Russian political shows and anti-Western content.

Political experts foresee strong resistance to change and predict a prolonged war between Sandu and the political old guard. Corruption has long been an endemic problem in Moldova.

Vadim Pistrinciuc, the executive director of the Chisinau-based Institute for Strategic Policies and Initiatives, warned that staunch popular support would be needed to combat resistance from parliament and the judicial institutions.

“She has to fight a whole class of kleptocrats, not a single harmful man,” he said. “You have to promote good people in the judicial field, but also in other sectors.”

“Maia Sandu can put pressure on parliament to bring to the surface all the irregularities and all the games so far played under the table,” he continued. “She can oppose corrupt players, and this can be the basis to provoke strong institutional shocks that will later promote the change of this parliament.”

Tabarta agreed that Sandu’s grassroots support would be key to any success.

“[She] must wage a kind of guerrilla warfare and harass - in a good sense  - the oligarchic component,” he said. “She has to have the support of the people to demand the dissolution of the current parliament and trigger early elections.”

Giving Voice, Driving Change - from the Borderland to the Steppes
Moldova
Elections, Political reform
Connect with us