Opposition bloc’s transition to power has been unexpectedly smooth so far, but the real question is what it plans to do.

Opposition bloc’s transition to power has been unexpectedly smooth so far, but the real question is what it plans to do. 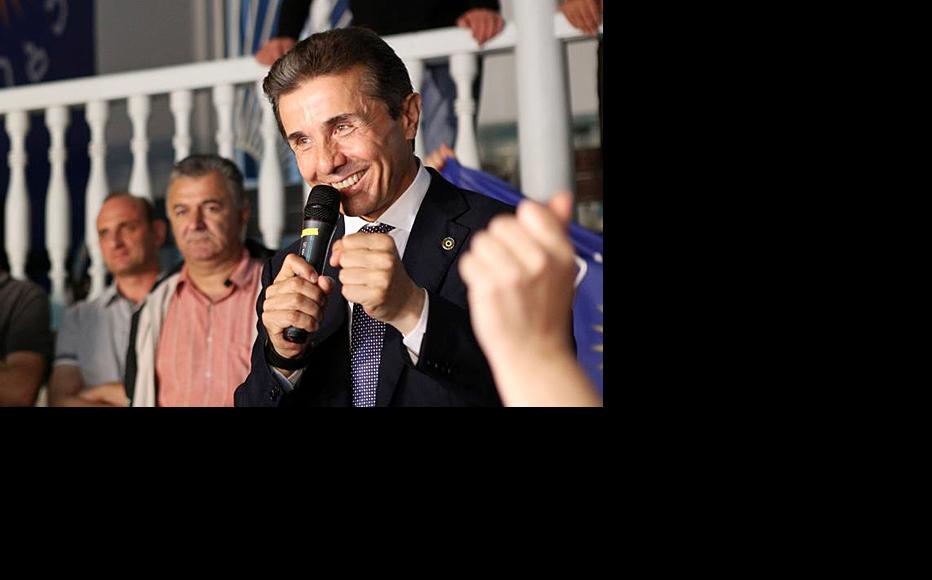 Bidzina Ivanishvili after the October 1 parliamentary election. His Georgian Dream bloc was well ahead as the count continued. (Photo: B. Ivanishvili Facebook page)
The link has been copied

In the days after Georgians overturned a sitting government via the ballot box for the first time, many were wondering whether this marked the arrival of democracy, or just the onset of another of the periods of chaos that have been a feature of the country’s post-Soviet history.

The newly elected parliament, dominated by the Georgian Dream coalition of business tycoon Bidzina Ivanishvili, will hold its first meeting on October 21 in the western city of Kutaisi, where a new home has been built for it.

Shifting the legislature out of the capital Tbilisi was a project driven by Saakashvili, whose party nows find itself in opposition.

Saakashvili was quick to acknowledge the UNM’s defeat, and this should help avert the prospect of a dispute over the outcome spilling onto the streets.

The transfer of power will be complicated by constitutional changes that do not come into effect until the end of Saakashvili’s second term next year. When he stands down, parliament will elect a new prime minister who will assume many of his powers. Until then, however, he will still be able to direct how the cabinet is formed.

It already seems likely, however, that Ivanishvili will become prime minister. The billionaire transformed himself from a recluse into an opposition politician just one year ago, and forged a coalition that took on and beat the UNM.

The day after the election, Ivanishvili demanded that Saakashvili step down as president. Since then, he has moderated his position, formed a working group to liaise with the president, and asked his supporters to go back home. He is, however, still insisting that the new cabinet should not include one minister from the last one.

“I urge our supporters not to try to achieve fairness through street protests. We must move into the buildings – into the courts, into the parliament. Soon parliament will gather and we can resolve all misunderstandings there,” he said.

Ivanishvili said the new government would be formed by the end of the month at the latest.

As the new cabinet is put together, its political direction remains unclear. Politics-watchers note that members of Ivanishvili’s team have been more united in opposing Saakashvili than by their agreement on substantive policies.

Since Saakashvili came to power in the Rose Revolution of 2003, he has managed to largely eliminate low-level level corruption, and the country has been rebuilt and is becoming a major tourist destination.

His term has, however, been marred by regular clashes with opposition protesters and by the 2008 war with Russia which ended in humiliating defeat.

The breakneck reform process that Georgia has lived through under Saakashvili has failed to generate the anticipated number of jobs or economic growth, and perhaps as many as a quarter of working-age adults are unemployed.

Unemployment is particularly acute in remoter parts of the country like the western city of Zugdidi, where Georgian Dream activists ignored Ivanishili’s appeal and continued protesting against a UNM candidate who was leading as votes were counted.

Some analysts have suggested that Saakashvili’s defeat shows that Georgians care more about jobs than they do about the president’s grand vision of moving the country towards Europe and joining NATO.

Ivanishvili has been broadly supportive of the old government’s foreign policy, so immediate change is unlikely. But his past connections with Russia, where he made his fortune, do raise some questions among Georgians who complain that he never publicly criticises President Vladimir Putin.

Perhaps seeking to dispel allegations that he is pro-Moscow, Ivanishvili announced on October 3 that his first trip abroad would be to the United States, after the presidential election there next month.

“There have been invitations to go to Europe, but I don’t plan on going anywhere before Washington,” he said.

Ivanishvili said he had not been in contact with Moscow, nor had he received congratulations from leaders there. He also affirmed his commitment to Saakashvili’s policy of integrating Georgia into NATO and the European Union – both ideas which Putin loathes.

His major challenges will come at home, however.

Much of his reputation has been established by his philanthropy, but even a six billion US dollar fortune will not enough to resolve the country’s economic problems, many them exacerbated by a Russian bar on imports of Georgian wine, mineral water and other goods.

Ivanishvili’s supporters, many of them 40- and 50-somethings overlooked by the youthful previous government, will want jobs. There is speculation about whether the new administration will seek to prosecute officials who served in Saakashvili’s government.

Meanwhile, Abkhazia and South Ossetia – both claimed as renegade provinces by Georgia, but ruling themselves as independent states recognised and backed by Moscow – have no intention of submitting to Tbilisi just because Saakashvili is on his way out.

Asked what the election result meant for Abkhazia, Foreign Minister Vyacheslav Chirikba replied tersely, “Not much”.

A spokeswoman for the government in South Ossetia told the Russian news site Gazeta.ru that relations with Tbilisi could only improve if “Georgia recognises South Ossetia’s independence and regards it as an equal state”.

Ivanishvili has signalled that he will avoid the kind of gimmicks that marked Saakashvili’s time in office, for example glass police stations built all over the country as a visible sign of transparency.

Among the president’s more elaborate projects was a proposal to build an entirely new city called Lazika on the Black Sea coast, as a hub connecting Georgia with Europe. Since Georgia already has two major Black Sea ports, and no surplus population available to make up the half-a-million residents planned for Lazika, the project was the subject of a lot of mockery.

“I see no need to build this city,” Ivanishvili told reporters after the election.