Cairo-based IWPR staffer joins mass celebrations and reflects on what the future may hold.

Cairo-based IWPR staffer joins mass celebrations and reflects on what the future may hold. 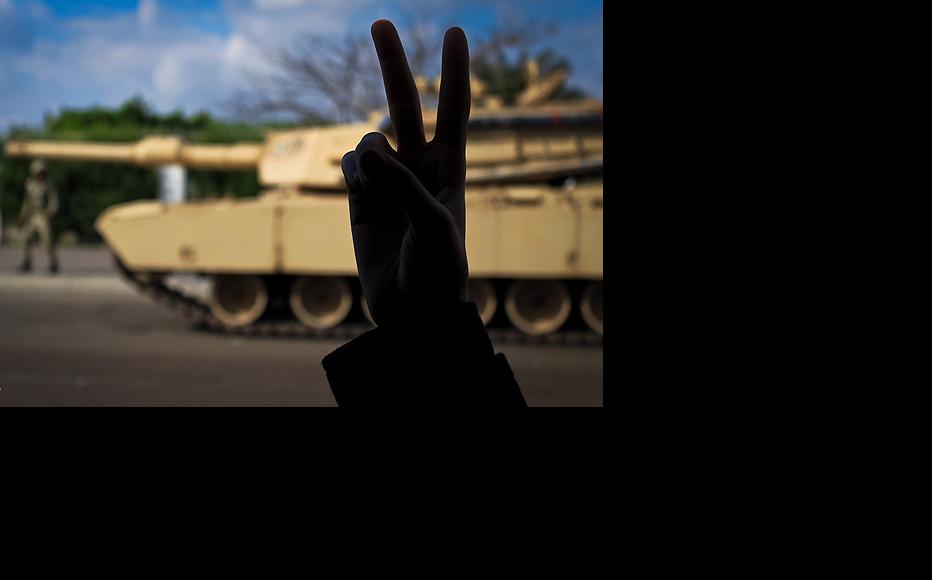 Some have described the victorious Egyptian protest movement as the civilised revolution. (Photo: Ahmad Hammoud)
The link has been copied

We are going to celebrate. I have been speaking to my friends on the phone. Everyone is very happy. This is a real achievement – a civilised revolution. We all want to enjoy the victory of the people. Thank God there have not been more dramas. Mubarak was leading us to a bloody uprising or a military coup – or God knows what else.

Now the High Military Council is in charge of the country – so there is no constitution, no government any more. I always worry when the army gets involved in political changes. We don’t have the Turkish model in this country where the army steps in and allows elections to take place once order has been restored.

Maybe the army will be wise and allow democratic elections, but my concern is that they are now calling the shots. My fear is that in the interim government that’s formed now until the September elections and then in the one after the elections, there will be more army officers than there should be. So far, the military has behaved pretty well but when you have power it’s a different story.

One reassuring thing about the High Military Council is that it is not led by one man – there are 11 or 12 generals. As far as Vice-President Omar Suleiman is concerned, I have respect for him. But he has been tainted by his close association with Mubarak, so if he were to run for president I would not vote for him.

It is my opinion that tomorrow, everyone will wake up from this party that we are having now and think about the future and how we are going to handle things.

All of us will have to face the economic consequences of what has happened. For instance, the loss of tourism revenue and the suspension of the stock market. We were strong enough to change the government in a civilised revolution so now have to summon the energy to rebuild the economy.

On the political front, I think in the next few weeks new faces will emerge to lead the country. I don’t know who these people will be. Members of the old opposition parties will probably not be amongst them – as these parties have been compromised by agreeing to talk to Mubarak before the demands of the protesters were met. They didn’t really have any popularity on the ground. They didn’t give much thought to what was happening on the street or whether they had been given the endorsement of the street. And this includes the Muslim Brotherhood.

Ordinary people need to be congratulated for what they have achieved. This is the first people’s revolution in this country since 1919. The people didn’t give the other side the excuse to use violence. They went about their protests peacefully.

Hundreds of protesters have died, but the people didn’t resort to violence and refrained from causing extensive damage to buildings and infrastructure. They protected everything. And for this they should feel proud.

What has happened today means freedom for us. People living in democracies can’t possibly know our feeling. We’ve been given back ownership of the country – our country.

But there are many challenges ahead. In the next few days, there’s going to be a real need for leadership in the protest movement. New organised political groups need to emerge to deal with the High Military Council. I hope talks between the two will begin soon.

But for now it’s enough to be happy - to go out on the streets and celebrate this incredible victory.

Ehab Kotb is a member of IWPR’s Middle East programme.

The Arab Spring
North Africa, Egypt
Regime
Connect with us