Judges face balancing act between demonstrating understanding during a crisis, and pressing on with trial process. 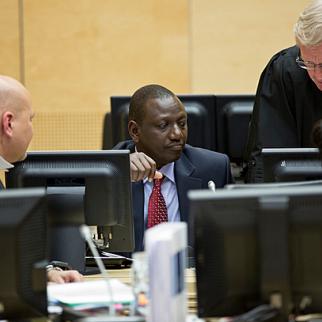 Ruto consults his lawyers during an ICC status conference in The Hague. (Photo: ICC-CPI/Flickr)

Judges accused of bowing to political pressure after deciding that Kenya’s deputy president can stay away from most of his trial.

Judges face balancing act between demonstrating understanding during a crisis, and pressing on with trial process. 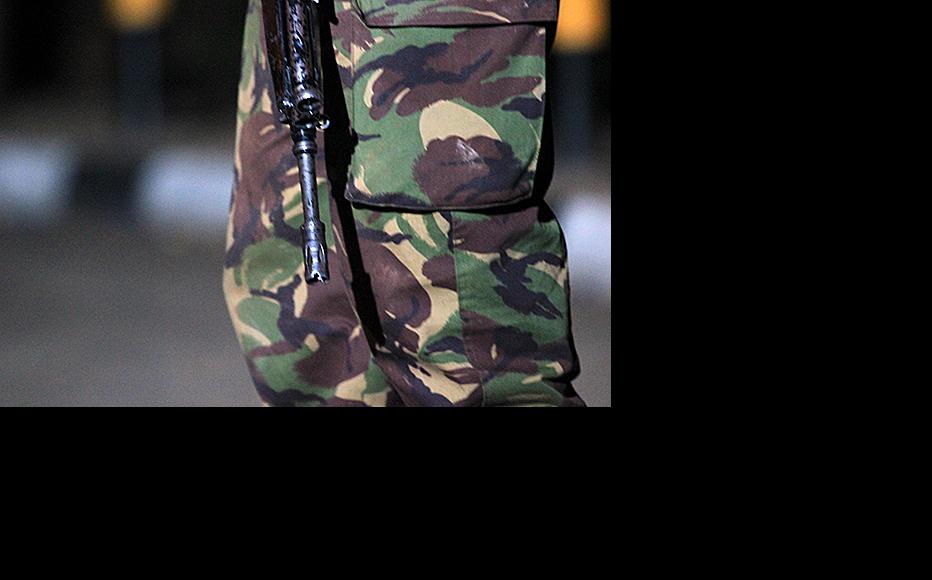 Following the September 21 raid by the Somali group al-Shabab, ICC judges ruled that Deputy President William Ruto could return to Kenya for one week to deal with the crisis. (Photo: Capital FM)
The link has been copied

The attack on a Nairobi shopping centre by Islamic militants has left judges at the International Criminal Court (ICC) facing a dilemma in the proceedings against Kenyan president Uhuru Kenyatta and deputy president William Ruto.

The trial of Ruto, who is accused tried alongside former journalist Joshua Arap Sang, began on September 10.

After the September 21 raid by the Somali group al-Shabab, leaving at least 67 people killed and dozens more missing after days of violence, judges ruled that the deputy president could return to Kenya for one week to deal with the crisis.

On September 27, judges extended that adjournment until October 2 to allow Ruto to attend a prayer vigil for the victims.

Ruto’s lawyer had requested that proceedings should not resume until October 14, so that his client could attend security meetings and carry out other commitments in Nairobi.

All three ICC defendants are accused of orchestrating mass violence in Kenya following a disputed presidential election in December 2007. More than 1,100 lost their lives and 650,000 others were forced from their homes in two months of political and ethnic violence.

The separate case against Kenyatta is scheduled to start on November 12, but it seems possible that events in Nairobi will result in his trial, too, being delayed.

On September 23, Kenyatta’s lawyer asked judges to allow the president to be excused from attending proceedings so as to allow him to attend to his duties as president.

A similar request was made by Ruto earlier this year. In June, the three-judge panel ruled by a majority of two to one that the deputy president should be allowed to miss routine hearings in order to conduct state affairs.

The prosecution has challenged that ruling, and a final decision on it by the appeals chamber is pending.

Some legal experts argue that, as president, Kenyatta’s request for absence carries even more weight than Ruto’s.

Observers of the proceedings in The Hague say the court faces difficult choices.

“The ICC has a difficult balancing act – it needs to run the Kenya leaders’ trials efficiently and fairly, but it also doesn’t want to appear tone deaf to political realities back in Kenya,” Phil Clark, an expert in international justice at London University’s School of Oriental and African Studies, told IWPR. “The court doesn’t want to appear to destabilise national politics, especially in moments of crisis.”

Neither prosecutors nor the victims’ representative at the ICC opposed Ruto being excused from the trial for a period of one week, although they called on him to delegate his official responsibilities so as to avoid a longer adjournment.

Ruto’s defence lawyer, Karim Khan, countered that such a course of action would amount to the ICC carrying out regime change in Kenya.

James Aggrey Mwamu, head of the East African Law Society, points out that under the Kenyan constitution it is impossible for either president or deputy president to delegate their duties, even temporarily.

“He can only resign, and in that event his position will not be filled temporarily but permanently,” he told IWPR. “The constitution does not envisage an acting president or deputy when they are incapacitated in one way or another.”

In the run up to the two trials in The Hague, judges faced accusations of showing too much leniency towards the two state officials.

In response to a request from the Ruto defence, the three trial stated their view that parts of the proceedings should be held in East Africa, either in Kenya or neighbouring Tanzania. But when the defence’s request was put to a plenary session of all ICC judges, it did not get the two-thirds of votes required to make it happen.

After Kenyatta declared publicly that he and Ruto could not be in The Hague at the same time, judges ruled on September 9 that trial sessions would not be held simultaneously. They decided that the cases should instead alternate every four weeks.

While most legal experts agree that the decision to excuse Ruto for a week was merited in the exceptional circumstances of the Nairobi mall attack, some are warning that this cannot be repeated as a matter of course over the coming weeks.

“Any [further] applications by Mr Ruto or Mr Kenyatta to attend to their constitutional duties would have to be decided on a case-by-case basis,” said Clair Duffy of the International Bar Association.

Duffy highlighted the need to respect the legal rights of victims of the 2007-08 violence, while also considering Ruto’s responsibilities as deputy head of state.

“Justice which is delayed harms not only the defendants but also the victims,” Duffy said.

Other legal experts believe the judges will be wary of delaying proceedings again, particularly in light of a number of challenges that the ICC has faced in bringing the Kenyan cases.

Mwamu pointed to the repeated allegations of witness interference both in the run-up to the trial and since it started. If trial proceedings stalled, the prosecution would lose all its witnesses, he said.

“So I doubt they will allow more adjournments because that will reflect badly on the court’s ability to control its proceedings,” he added.

Mwamu added that Kenyatta and Ruto should be willing to appear in The Hague in person, since they knew they were going on trial before they ran for office in the March 2013 election. The ICC named both men as suspects in December 2010, and confirmed the charges in January 2012.

In Mwamu’s view, their applications to be absent for large parts of their trials have more to do with a desire to avoid damaging their images than with any practical reasons.

“The deputy president sitting there facing a witness from his country is most unpleasant, and so they want that image to go away by staying [out of the courtroom],” he concluded.

Judges have also come under pressure from the African Union (AU), which has accused the court of bias against African leaders. In July, the AU – which has 34 ICC member states – asked the court to defer the Kenya cases so that they could be handled by the country’s own judiciary.

Appeals judges at the ICC have allowed five AU states – Tanzania, Uganda, Eritrea, Rwanda and Burundi – to file arguments on the issue of excusing Ruto from continually attending proceedings.

Earlier this month, Kenya’s lower and upper houses of parliament voted in favour of pulling out of the ICC.

There are fears that other AU states might follow suit. A meeting to discuss the issue will take place in the Ethiopian capital Addis Ababa on October 13.

“It would appear that the court is sensitive to the intense pressure being applied by the African Union states,” Nick Kaufman, an international lawyer, said. “The International Criminal Court can only function properly with the cooperation of its member state parties.”

Felix Olick is a reporter for ReportingKenya.net and The Standard newspaper in Nairobi.

This article was produced as part of a media development programme by IWPR and Wayamo Communication Foundation in partnership with The Standard.