Fears that state is using emergency to limit press freedom.

Fears that state is using emergency to limit press freedom. 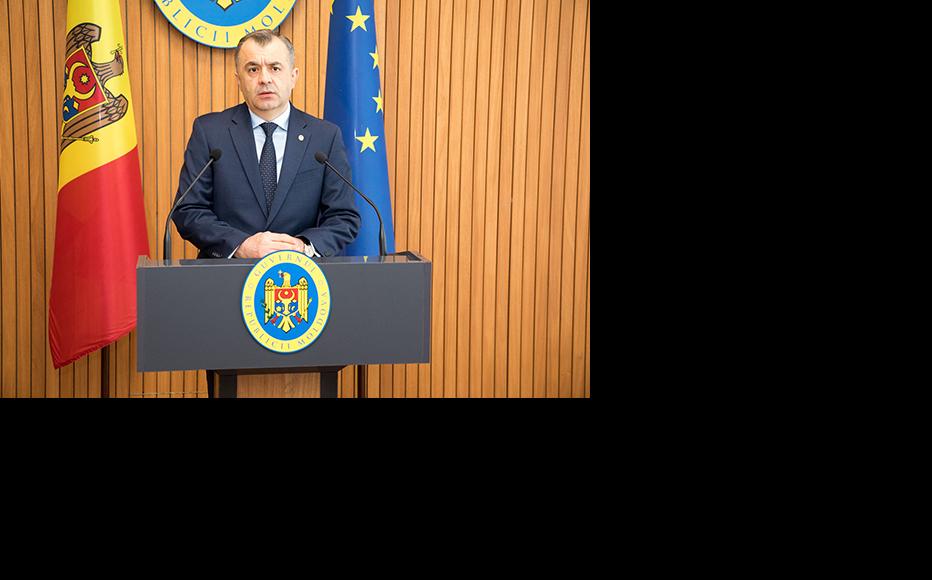 Prime-minister Ion Chicu at a press briefing without a press. (Photo: gov.md ) 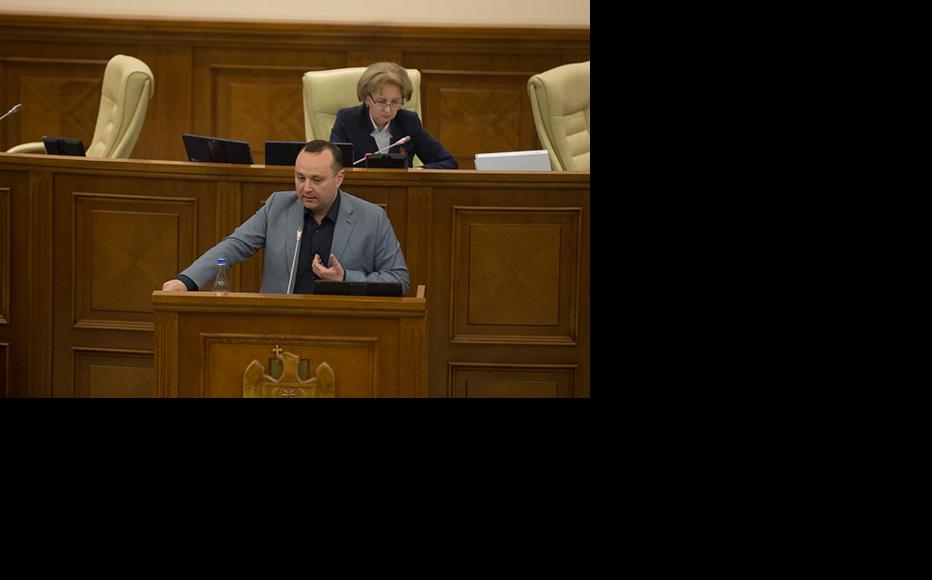 Journalists warn that the Moldovan authorities are restricting access to information amid the coronavirus crisis, further heightening concerns about government transparency.

Since the state of emergency was declared in Moldova more than six weeks ago, the authorities communicated with the media mostly through online briefings, with little opportunity for journalists to ask questions.

Dragoș Vicol, the head of the Audiovisual Council - a state institution which regulates television and radio stations – initially announced on March 24 that media would be required to quote only official sources or information that had received prior confirmation by government officials.

He also forbade talk show hosts from expressing their own views on the crisis or interviewing anyone other than the officials responsible for managing the country during the state of emergency.

Vicol reversed his decision after just one day, following an intervention by Moldovan president Igor Dodon. But Anastasia Nani, the deputy director of the Centre for Independent Journalism, said the move had been a worrying one, close to outright censorship.

“For journalists, these provisions could have meant the impossibility of ensuring the diversity of opinions, violating their right to access information, and for citizens - limited access to information and credible sources that could relate a different point of view than the official one,” she said.

Hostility towards the independent media has continued. Officials choose their own outlets for interviews and almost exclusively favour media identified with the ruling parties. Unaffiliated journalists have found themselves targeted by public figures.

On April 23, Socialist deputy speaker Vlad Batrâncea gave a speech in parliament in which he denounced the independent media.

"Do you know for what reason money initially comes from our dear partners in the West?” he asked. “The first money, millions of euros, comes for media institutions, for more light on the issue of Covid. The NGOs that teach us lessons have much higher salaries than the deputies here. Don't give journalists millions of euros,” Batrâncea said.

Journalists covering the crisis have pointed out that Moldova has the highest rate of Covid-19 infected healthcare workers in the world. Of the more than 3,500 people infected, according to official data, 900 are employees of the health sector.

After independent media outlets reported that medical personnel were complaining about the lack of protective equipment, several doctors said that they had been threatened to stop talking to the press. Some were even told that criminal cases could be opened against them.

One of the first decisions made by the Commission for Exceptional Situations, a structure coordinating the response to the state of emergency, was to triple the deadline for resolving requests for access to information from 15 to 45 working days.

This meant that a journalist who submitted a request for access to information in mid-March would only receive a response in late May.

Human rights lawyer and IWPR consultant Tatiana Puiu said that this was unacceptable..

“The tripling of the deadline for resolving the request for information primarily affects journalists,” she said. “The restriction imposed is not proportionate and exceptional to protect public health. The best solution for the Moldovan authorities not to admit abuses and restrictions on freedom of expression is to act with maximum transparency and to provide truthful and current information.”

Several media outlets - including the Centre for Independent Journalism - set up a crisis body to pressure the authorities into being more transparent. A number of journalists and civic activists also organised an online Answer the Questions flash-mob Facebook event on April 28.

"We asked the officials to treat journalists equally, regardless of the media institution they represent,” Nani said. “So far, our letters - signed by dozens of media outlets and media NGOs -and discussions with officials have not worked.”

“All the energy and time of civil servants must be focused on fighting the epidemic,” he said. “However, the authorities ensured a continuous flow of information, which reflects the measures taken to prevent the spread and combat the epidemic and the government's press service has responded as far as possible to all requests for information.”

Dragancea denied that the authorities were blocking access to information.

“We have dozens of daily calls and we answer practically everything,” he continued. “The online briefings organised by the authorities took into account questions asked by the press. The leaders of the public authorities, as far as possible, participated in various TV shows. Online conferences are a form of communication, but not [our only form].”

The government caused further concern over its transparency measures when it approved a 215 million US dollar loan from Russia. The text of the agreement was published only on Dodon’s personal Facebook before being adopted by parliament on April 23.

No one from the government agreed to answer any questions from the press or opposition about who had been responsible for negotiating the agreement, or when and how the conditions were agreed upon.

The Constitutional Court suspended the loan agreement until May 7, when it will rule whether the agreement is legal or not.

Coronavirus Pandemic, Giving Voice, Driving Change - from the Borderland to the Steppes
Moldova
Accountability, Media, Coronavirus
Connect with us