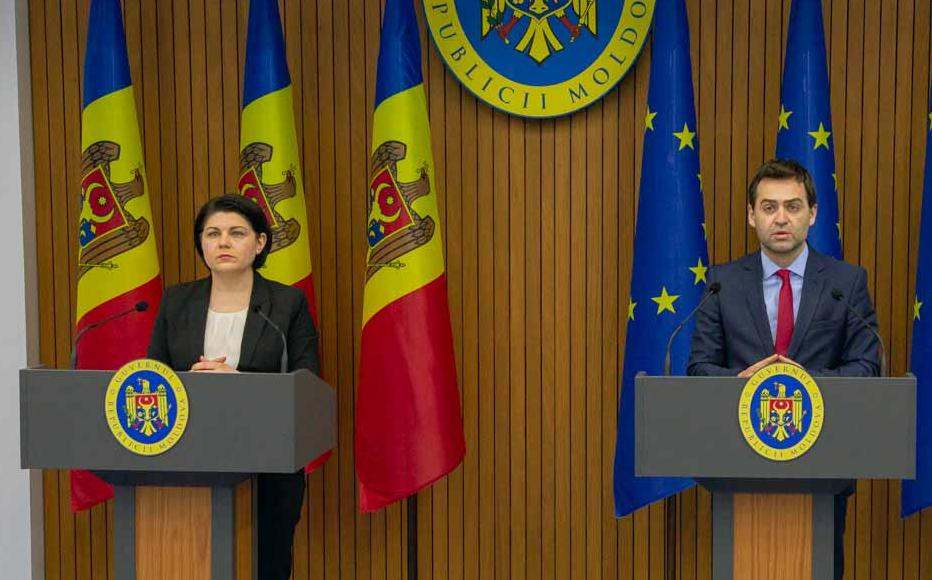 Press conference after Moldovan government emergency meeting regarding support for those fleeing conflict in neighbouring Ukraine, 24 February 2022. © Government of Republic of Moldova
The link has been copied

By the evening of February 25, less than two days after Russia began its invasion of Ukraine, Chisinau mayor Ion Ceban had to ask people to stop delivering food and clothes to the collection point for refugees organised by city hall.

“That's enough for now,” he announced. “We will make a list of everything we need and we will inform you later so that those who want to can get involved.”

Molodva has seen a huge outpouring of support for those fleeing conflict in neighbouring Ukraine, with state and civil society mobilising to deal with the crisis.

By the morning of February 25, more than 15,000 Ukrainian citizens had crossed the border into Moldova, according to the ministry of internal affairs. Many are likely to stay in Moldova for a short time and then go on to other European countries, although others will remain indefinitely in the absence of other solutions.

President Maia Sandu announced that, even as the flow of Ukrainian refugees rose in the coming days, all those who come will be received. Ethnic Ukrainians form the largest minority group in Moldova.

"Ukraine is our friend,” she said. “Our relatives live in Ukraine. The tragedy that hundreds of thousands of families are going through is also our pain… I was very happy to see an exemplary mobilisation from our citizens, from the central and local authorities, from the business community to help people from the neighbouring country.”

The customs service announced that all border crossing points with Ukraine, as well as with Romania, were functional albeit with some congestion.

Emergency legislation now allows Ukrainian citizens to enter Moldovan territory with only internal identity documents and without the need to present a Covid-19 vaccination certificate or negative test. Cars will be able to enter the territory of Moldova without the usual certification, provided it is purchased within 24 hours.

Amid long queues of cars waiting to enter the country, sorting centres were organised near the Palanca and Ocnita crossings. In Palanca, rows of tents were set up for refugees in the local sports stadium.

Chisinau city hall also organised emergency accommodation for 500 people at the Moldexpo exhibition centre. Other refugees were being housed in dormitories belonging to various government departments and agencies.

Several community organisations also opened collection points in Chisinau, as well as in other cities including Orhei and Balti.

"In solidarity with people from Ukraine, we invite you to unite and gather the essentials for them,” said Doina Cernavca, founder of Chisinau’s  Ajută un Om NGO, which helps children from vulnerable backgrounds access education. “As soon as we have the first bus with supplies and food, we will go and distribute it to the refugees in the places specially arranged by the authorities of our country.”

On social networks, many Moldovans offered to support refugees with accommodation, clothes, food or travel. A Help Ukrainians in Moldova Facebook group, created on the first day of the war, reached over 35,000 members within 24 hours.

The ministry of finance opened a bank account for businesses and individuals to make donations in Moldovan lei, in US dollars or euros to support the Ukrainian people.

There were reports that, in some places real estate prices had risen, and some banks and foreign exchange houses were speculating and buying the Ukrainian hryvnia currency for as little as 0.001 lei, although the National Bank of Moldova (NBM) set the official rate as February 0.59 lei for one Ukrainian hryvnia.

A 60-day state of emergency was established in Moldova in connection with the situation in Ukraine. During this time, several measures will be available to the authorities, including the temporary evacuation of citizens from life-threatening areas, banning rallies and public demonstrations and introducing rationing.