Mladic Away at Wedding During Srebrenica Killings

Court hears that defendant was at a marriage celebration in Belgrade in the days after his troops overran the enclave.

Mladic Away at Wedding During Srebrenica Killings

Court hears that defendant was at a marriage celebration in Belgrade in the days after his troops overran the enclave. 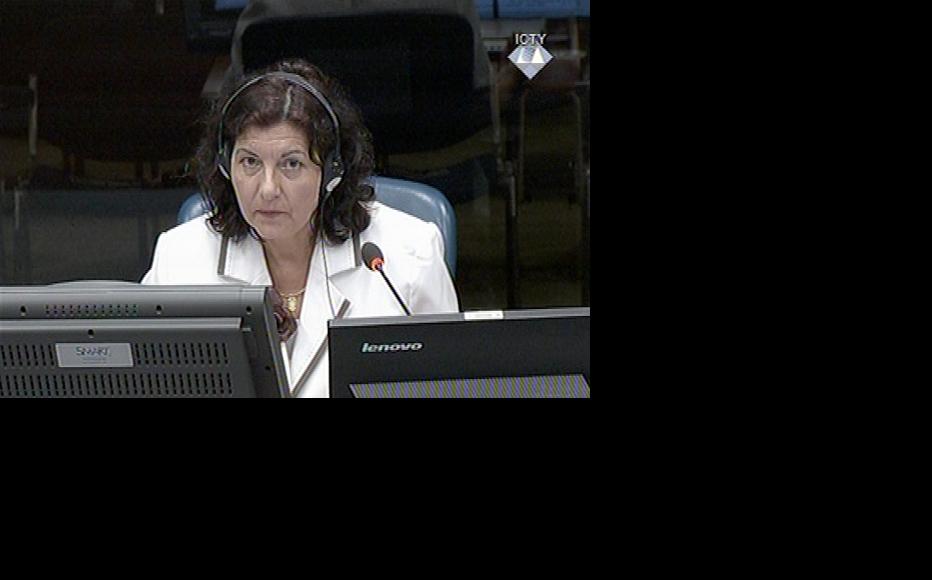 Biljana Stojkovic, defence witness in the Mladic trial at the ICTY. (Photo: ICTY) 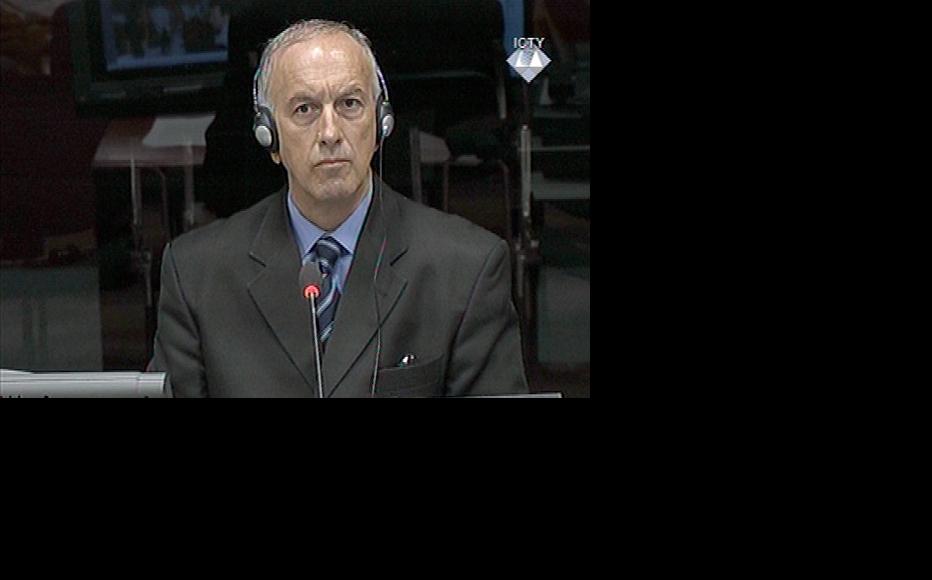 Zarko Stojkovic, defence witness in the Mladic trial at the ICTY. (Photo: ICTY)
The link has been copied

Two defence witnesses in the trial of Bosnian Serb army chief Ratko Mladic told the Hague tribunal this week that he had been best man at their wedding, at a time coinciding with the Srebrenica massacre in July 1995.

Biljana and Zarko Stojkovic took the stand in turn this week to recount the events of July 16, 1995, when Mladic attended their church wedding in the Serbian capital Belgrade and a celebratory meal nearby.

The prosecution does not dispute that Mladic was in Belgrade for the wedding, but argues that he returned to the theatre of war the same evening and maintained contact with officers on his general staff during the day.

Mladic stands accused of genocide and other crimes relating to the Srebrenica massacre of July 1995. The eastern Bosnian town was declared a “safe area” in 1993 and a United Nations peacekeeping battalion was assigned to protect it. Despite this special status, the Srebrenica enclave was seized by Bosnian Serb forces on July 11. In the days that followed, more than 7,000 Bosniak men and boys were murdered by forces of the Bosnian Serb army, or VRS.

Zarko Stojkovic, a career soldier and currently a lieutenant-colonel, was a captain in the Yugoslav army at the time of his wedding.

According to the Stojkovics, Mladic and his wife arrived at their apartment at around 10 am on July 16 and stayed with them until the party left for the church ceremony, which took place between 12 and 2 pm. After that, the wedding party travelled together to the Dva Ribara restaurant a few hundred metres away where the Mladics remained until around 5.30 pm.

“He spent all that time with us and never left the restaurant, either he or his wife,” Biljana Stojkovic told prosecuting lawyer Sarah Melikian. “Between 2 pm and 5.30, he was in the restaurant throughout that time.”

She added that Mladic remained sitting at the head table throughout, only rising from it to give a toast.

Asked about whether he had gone to use the toilet at any point during the proceedings, she replied, “I really don’t remember that he did.”

As to whether Mladic had been in possession of any kind of communications device at the wedding, she replied, “We certainly did not search our guests at the wedding, I hope you understand. I did not see that he displayed any such device or used it.”

The couple said the photograph albums and video tapes of the wedding had gone missing from the home of Biljana Stojkovic’s mother.

“Did you see the general in the apartment around 10 o’clock [in the morning]? Did he use any communications equipment or telephone?” McCloskey asked.

“No, he did not. Neither one,” the witness replied.

“I have to ask, although it may seem illogical, in church or in front of the church… did the general have any communications equipment or use any?” the lawyer asked.

“No, not as far as I noticed, and do allow me to say that during the wedding party itself that ensued, no communications equipment was used, not a telephone either,” Stojkovic replied.

There followed another discussion of whether it was possible that Mladic might have left the room during the wedding meal.

Judge Bakone Justice Moloto asked the witness, “During the dancing, anyone could have gone to the bathroom without you noticing. You were concentrating on dancing with your wife, is that not so?”

Stojkovic said Mladic did not get up to join the dancing and sat at the head table throughout.

McClosky asked, “Would it help your recollections if we told you that we’ve seen General Mladic’s home videos of him at weddings, and he’s quite a dancer. Doesn’t that help you remember that he liked to dance at weddings, and that he actually danced at your wedding?”

The prosecutor turned to the transcript of a communications intercept by the Bosnian state security service at 4.15 pm on the day in question. This was, he said, “the time that you were at the restaurant”.

“And we see that this is between the main staff duty officer – that means the main staff of the army of Republika Srpska who was located at the time in Crna Rijeka – and General Mladic,” he said, “and the interceptors couldn’t make out General Mladic’s part of the conversation, but we can see from what the duty officer is saying he is giving information about the president ‘[who] called a short while ago’. And in our view that would be President [Radovan] Karadzic.

“He mentioned Pandurevic, other officials, and what I was wondering as you take a careful look at this intercept which the prosecution believes here is absolutely genuine – do you remember General Mladic mentioning anything to you about the goings-on over in Bosnia? Anything about the president, anything about Pandurevic, anything like that”?

“No, never,” the witness replied.

Vinko Pandurevic, a high-ranking Bosnian Serb army officer, was found guilty of war crimes at Srebrenica and jailed for 13 years.

McCloskey asked again when the general had left the couple’s wedding. Stojkovic replied that he left at 5.30 pm.

“Did he himself cite official duties?” McCloskey asked.

“He didn’t mention any such,” the witness replied.

The prosecutor then turned to Biljana Stojkovic’s testimony in which she said Mladic “excused himself citing official duties”.

“So you would agree with your wife, would you not, that she’s correct, perhaps you didn’t hear Mr Mladic say that to her, but she says he excused himself citing official duties. So would you support your wife on that?”

“I’m not sure about official duties, but I am sure that he excused himself and said goodbye,” Stojkovic replied.

“You have no reason to believe that your wife is not telling the truth about that statement, do you?” McCloskey asked.

“Of course, since when one leaves weddings, one says goodbye to the bride and the groom, so I do not rule out the possibility that is what she was told. But I did not hear that,” the witness said.

In a brief re-examination of Zarko Stojkovic, defence lawyer Branko Lukic returned to the topic of the wedding party.

“It has been put to you that the general liked to dance at parties. You told us that you do not remember that he danced. What happened in the Mladic family during that last year, a year and a bit before your wedding? Did some misfortune befall the family?” he asked.

“They lost their daughter, Anna,” the witness said.

Lukic went on to ask, “What kind of status does the best man enjoy in our part of the world?”

“The best man, much like in the English culture, entails someone of high moral principle, exemplary conduct and family orientation,” Stojkovic replied.

“Could we look at the intercept before us?” Lukic asked. “My learned friend Mr McCloskey told you that those intercepting such conversations were unable to hear General Mladic in this case. In the intercept itself, among the words uttered by the participants, there is no mention of General Mladic?”

“No,” the witness replied.

“Mr Stojkovic, let me just ask you this,” the defence continued. “Would you say you were drunk at your own wedding?”

“No way,” the witness replied.