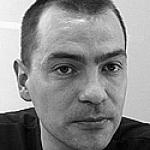 The former NATO military chairman told the Hague tribunal this week that Slobodan Milosevic suggested that he intended to solve the Kosovo conflict through mass killings.

General Klaus Naumann, testifying at the trial of Milan Milutinovic, Nikola Sainovic, ex-Yugoslav army generals Dragoljub Ojdanic, Nebojsa Pavkovic and Vladimir Lazarevic, and Serbian police general Sreten Lukic, said he met with Milosevic three times in Belgrade during 1998 and 1999 and tried to persuade him to end the crackdown on the Kosovo Liberation Army, KLA, and on Kosovo Albanian civilians.

Naumann - who led NATO’s military committee during its air strikes on the former Yugoslavia in March 1999 - said when he met Milosevic on October 25, 1998, a meeting at which then NATO commander Wesley Clark was also present, he accepted the NATO ultimatum to withdraw Serbian police and military units from Kosovo and end human rights violations against Kosovo Albanians within 48 hours, or face air strikes on Yugoslavia.

Naumann said that Milosevic signed this agreement, but later, over a plum brandy, made a shocking remark, “He told us that he was determined to solve the problem in Kosovo in the spring of 1999. He said that Kosovo Albanians were murderers, rapists and bandits.”

The former Yugoslav leader then said that he would find a “final solution” for Kosovo in the spring of 1999, said Naumann.

Milosevic explained that he would use armed forces to solve the problem with Kosovo Albanians, in the same way as Drenica, a region in central Kosovo, was dealt with after the Second World War.

“When I asked Milosevic what happened in Drenica, he replied that they - apparently referring to 1946 clashes between Albanians and Tito’s partisans - gathered Albanians in one place and then killed them,” said Naumann.

Naumman said that he later looked for a historical record of this alleged massacre but found none.

“General Clark and I were very surprised. President Milan Milutinovic and Nikola Sainovic were also present when Milosevic said this, but they didn’t react,” he said.

Naumman previously testified at the Milosevic trial in 2002.

Presiding Judge Iain Bonomy asked the witness why he didn’t mention this “final solution” in earlier statements given to the Office of the Prosecutor, OTP.

The general replied that he didn’t know, but added that he and Clark personally informed then NATO secretary general Javier Solana at the time.

The witness then told judges that Milosevic introduced Sainovic to him as “the man responsible for Kosovo”.

During cross-examination, Naumman agreed with Sainovic’s lawyer Toma Fila who claimed his client was only involved in technical aspects of the agreement.

During his testimony, the witness referred to an agreement between the Organisation for Security and Co-operation in Europe, OSCE, and the Yugoslav authorities about the setting up of a Verification Mission in Kosovo, VMK, signed on October 16, 1998.

Part of the agreement was to ensure that the former Yugoslavia complied with a United Nations Security Council resolution compelling it to decrease its military and police presence in Kosovo and to inform the VMK of any military or police movements in Kosovo. Naumann said the Serbian side violated the agreement one month later.

He explained the Serbs were angry that after they reduced their military and police units from 10,000 to 5,000 soldiers, the KLA allegedly exploited this by attacking Serbian forces.

The witness said that Serbian units repelled KLA attacks with disproportionate force, but the Serbian authorities insisted the actions were legal.

Naumann’s final meeting with Milosevic was on January 19, 1999, he told judges.

At this meeting, Clark and Naumann warned Milosevic of violations of the agreement, including an incident in the village of Racak on January 15, 1999 during which 40 Kosovo Albanian villagers were killed.

Milosevic then admitted that Yugoslav authorities had sent more troops into Kosovo, said Naumann, but denied that Serbian police had done anything wrong in Racak, and also accused NATO of using false information.

“We asked Milosevic to give permission for the head of the OSCE Verification Mission in Kosovo, General William Walker, to stay in Kosovo and to allow Hague tribunal prosecutor Louise Arbour to investigate the Racak incident. But he didn’t want to give permission to Arbour to enter into Kosovo from Macedonia,” said Naumann.

During the cross-examination, defense lawyers tried to prove that NATO supported the KLA – an allegation Naumann denied – and that the VMK followed the moves of the Serbian police and the Yugoslav army and passed it on to the KLA.

Lawyer Norman Sepenuk, who is defending Ojdanic, claimed that NATO wasn’t able to conclude what happened in Kosovo, because they didn’t have right information.

Aleksandar Roknic is an IWPR reporter in The Hague.

Balkans, Macedonia, Kosovo
Connect with us