What was behind the demonstrations that led to the brink of “civil war”?

What was behind the demonstrations that led to the brink of “civil war”? 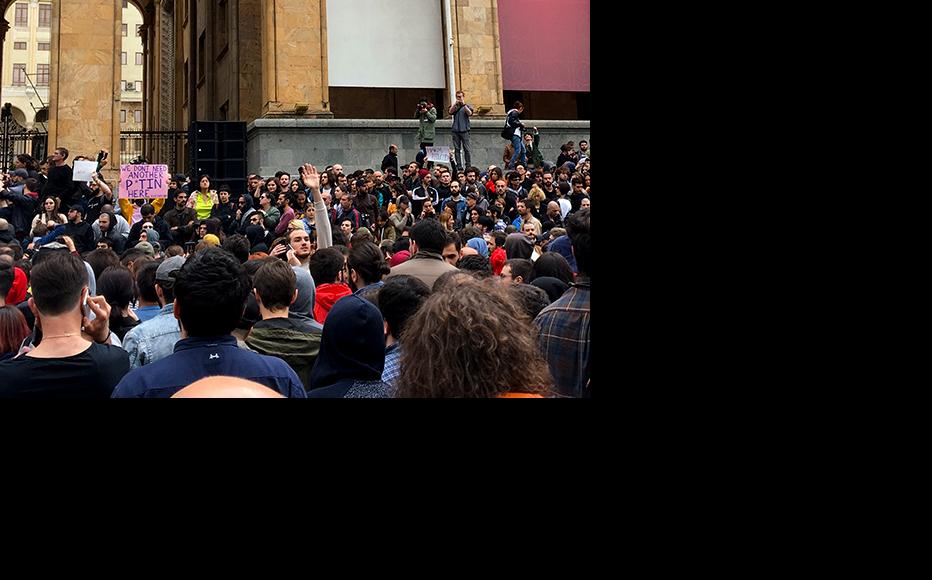 Young people protesting in front of the parliament building in Tbilisi, condemning the raids organised by the Georgian police at Bassiani night club. Some demonstrators compared it with the Russian style crackdowns and held placards saying "We do not need another Putin here". (Photo: IWPR) 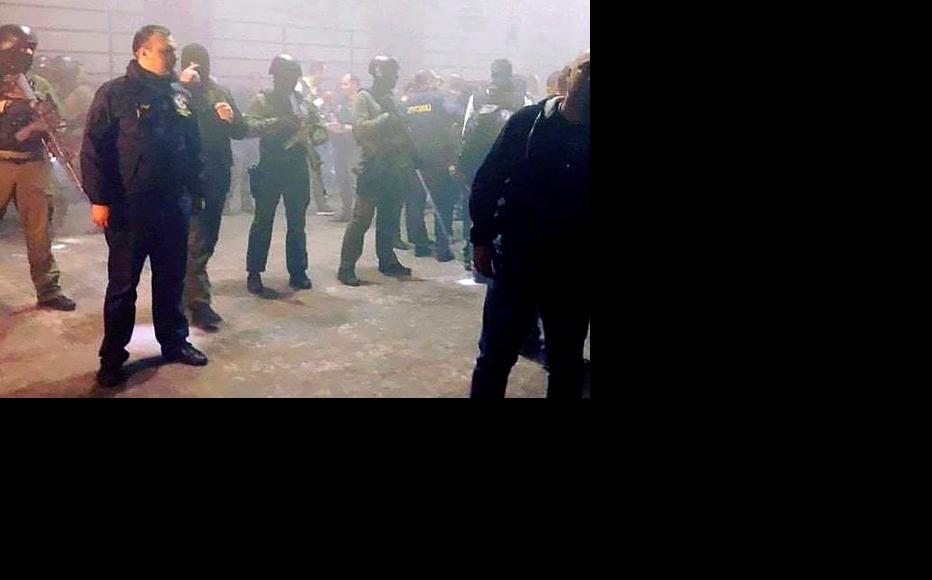 Police armed with firearms and batons standing on the dance floor of Bassiani, popular night club in Tbilisi, during the raid on 12 May. (Photo courtesy of Bassiani) 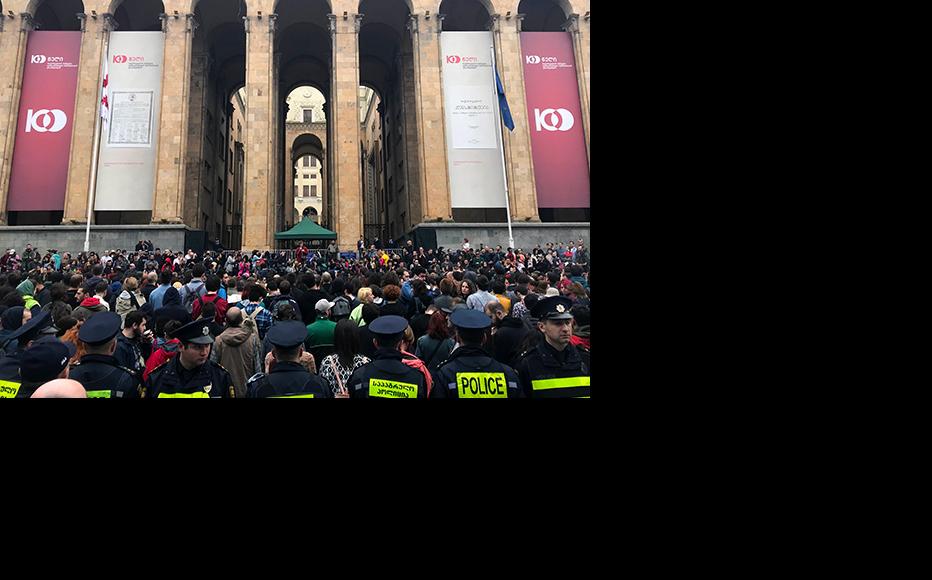 Ravers and activist took to streets the following day to demonstrate against the police violence. 'We dance together, we fight together', their social campaign said. (Photo: Luka Pertaia) 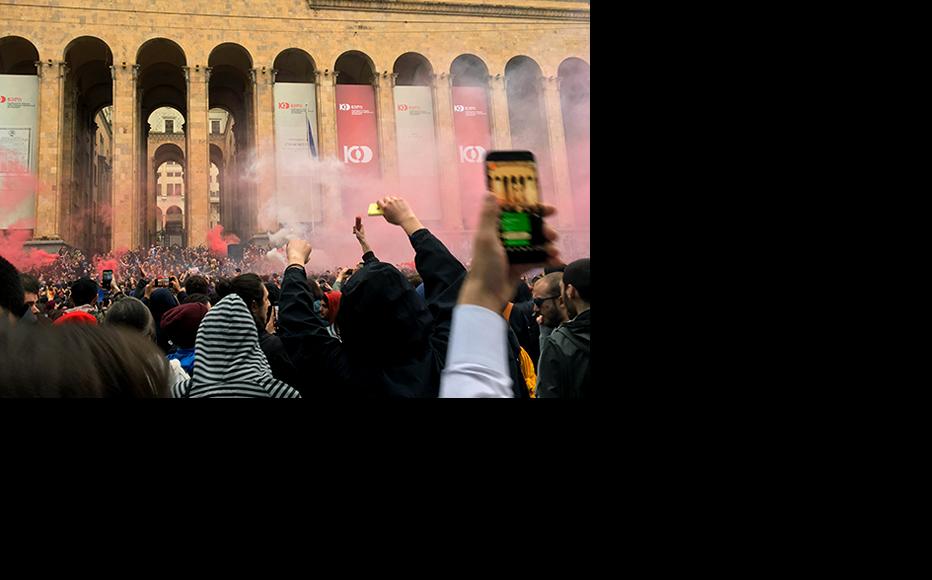 During the breaks protesters were entertained by a DJ from a Bassiani club. (Photo: IWPR) 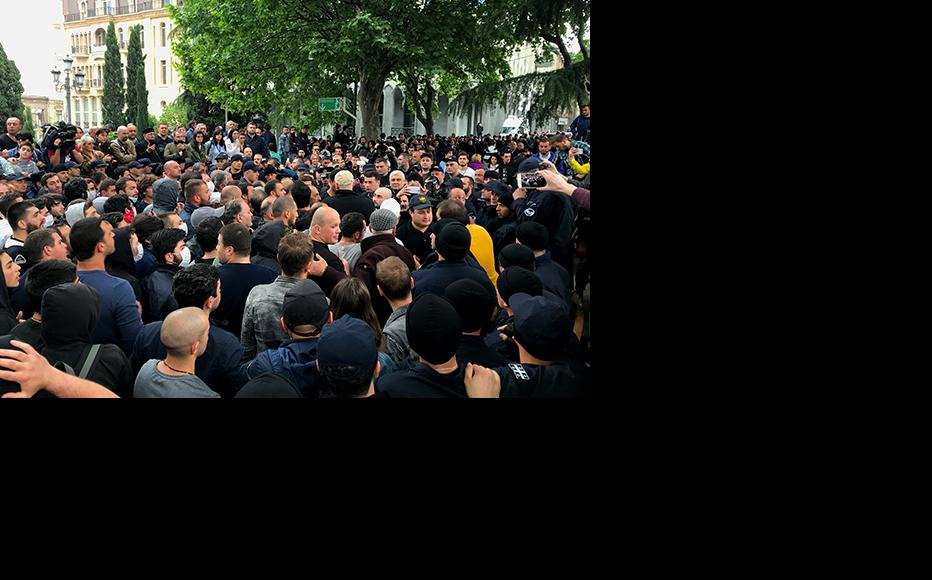 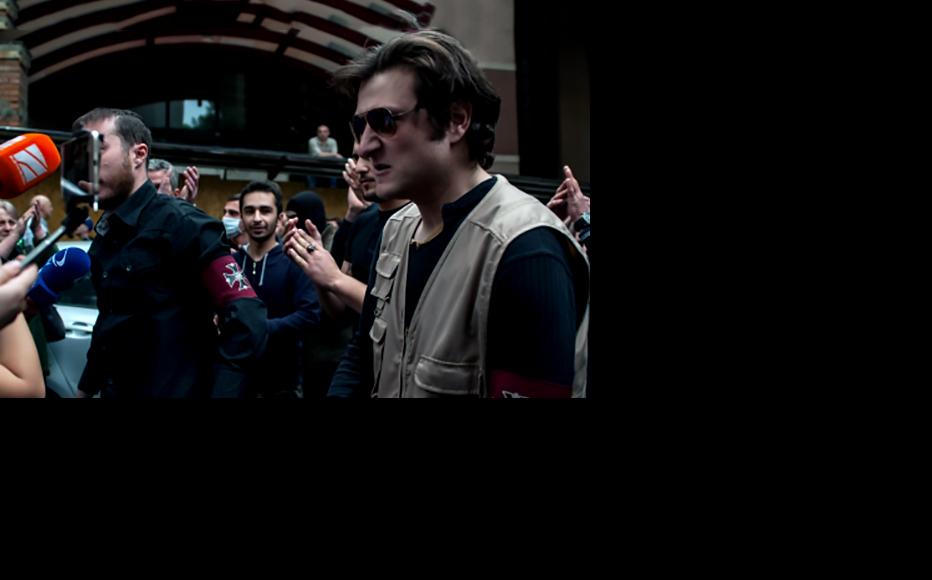 One of the groups leading the counter-demonstration describes itself as 'fascist, nazi' group. Wearing masks and armbands with svastikas, they strode through the city during the week, giving nazi salutes (Photo courtesy of Liberali magazine) 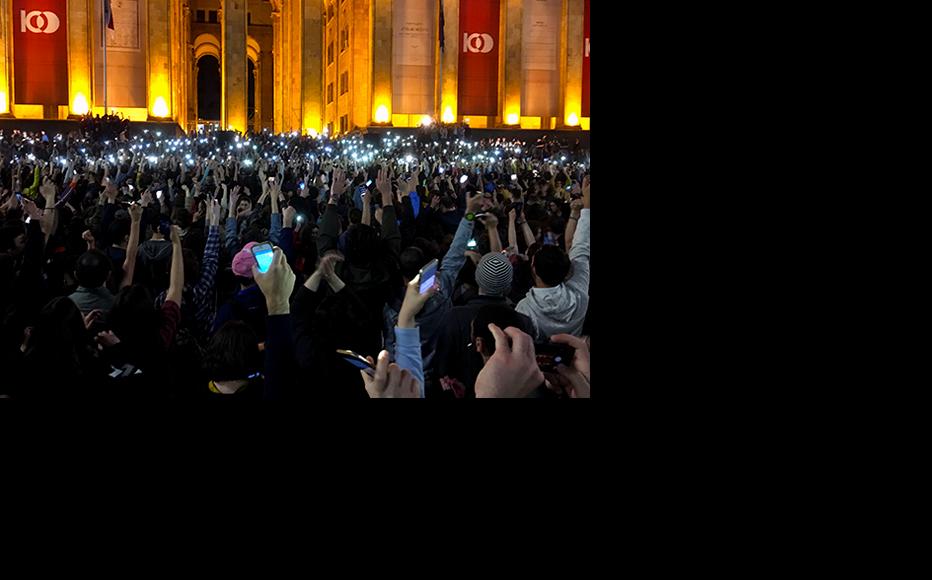 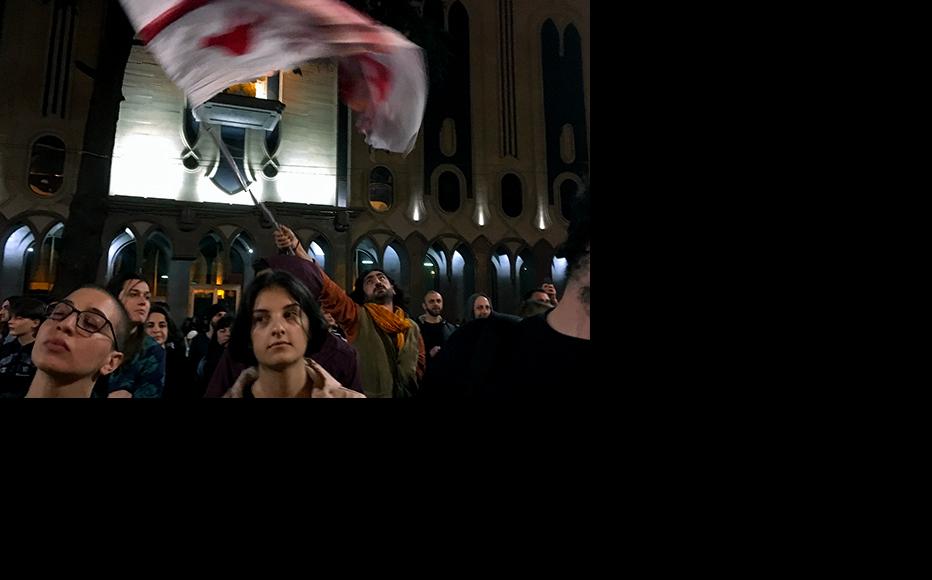 One of the protesters waving the national flag of Georgia, but with the doves instead of crosses on it. (Photo: IWPR)
The link has been copied

The protests against what young activists deemed an attack on freedom followed police raids on two popular Tbilisi night clubs.

Armed police stormed two of Georgia’s most popular nightclubs in the early morning of May 12, supposedly as part of a drugs raid.

Those forced out of the Bassiani and Café-Gallery clubs began protesting and marched to parliament. Around 50 people were temporarily detained after clashes with the police, with amateur footage appearing to show clubbers being manhandled. Public defender Nino Lomjaria has vowed to look into allegations of abuse of power, noting that police had informed her that they had arrested eight suspected drug-dealers had been arrested hours before the raids on the clubs.

Bar manager Mariam Giunashvili, 22, was one of the hundreds of young people who took to the streets.

“I was there to push the state to stop violating our rights in such an unfair way. I was there for my freedom,” Giunashvili told IWPR.

The rallies, which continued the following day and were dubbed the Raveolution by participants and social media users, were met with hostile counter-protests instigated by a number of far-right groups.

Self-described fascist group National Unity, as well as the conservative Georgian Idea and the anti-immigration March of Georgians, led the counter-demonstration against what they described as drug and LGBT propaganda.

National Unity said they had mobilised their own forces to start patrolling in the city. One of their members told the crowd, “Are they demanding blood? They will get a sea of blood.”

Hundreds of police officers encircled the pro-clubbing demonstrators to protect them from angry crowds who lit candles, recited the Lord’s Prayer, and then tried to break through the cordons.

Georgia’s president Giorgi Margvelashvili said the following day that Tbilisi was “on the brink of civil war”.

The protests became a touchstone partly because those on the forefront of Tblisi’s club scene have also positioned themselves as campaigners for social change.

The Bassiani club, set in the Dinamo football stadium — a hangout spot for far-right football hooligans —is not only an LGBT-friendly techno venue but has also partnered with drug-reform group the White Noise Movement to support a decriminalisation agenda.

While some speakers at the May 12 and 13 demonstrations said that they were simply rallying for their freedom to party, others insisted they were standing to oppose wider issues including police brutality.

Banners included slogans such as Dancing is Not a Crime and I’m Standing Here Against the System.

Leader drug reform campaigner Beka Tsikarishvili told the crowds that the ruling Georgian Dream party must be held responsible for the crackdown, labelling it “an attack on Georgian democracy”.

The issue of drug misuse has become the topic of much media discussion in Georgia. Interior minister Giorgi Gakharia said that 48 people had been hospitalised due to drugs in the first two weeks of May. The drugs mephedrone and phentalyn claimed at least five lives in early May in Tbilisi clubs alone.

“As of today, [the police] have recorded 20 cases of [illegal] drug trade in various clubs’,” Gakharia told journalists on May 14.

In February 2018, research conducted by Curatio International Foundation (CIF) found that there were some 52,500 injecting drug users in Georgia, 2.25 per cent of all 18-64 year olds.

But, reflecting Georgia’s conservative traditions, national drug policy has focused more on harsh penalties for drug users rather than rehabilitation.

According to the Council of Europe, around four out of ten prisoners in Georgia are serving a sentence for drug offences.

Human Rights Watch concluded in their 2018 World Report that authorities continued to “use harsh drug laws to criminally prosecute people who use drugs, while treatment options remain limited”.

Davit Subeliani, a member of the National Platform on Drug Policy, told IWPR that little had been done on a policy level regarding addiction prevention.

A comprehensive plan to revolutionise the drug policy has been developed by Parliament’s Healthcare Committee with assistance from civil society groups.

The bill, influenced by Portugal’s 2001 reforms, aims to shift the policy to drug prevention, targeting not only cannabis users but vulnerable people suffering from addiction. The parliamentary discussions on passing the bill, however, have been stalled since November 2017.

The protests appeared to end in a partial win for the clubbers, after Gakharia spoke to their leaders on the evening of May 13, apologising for the raid and promising full investigation into allegations of abuse.

He also said that anti-drug legislation would be relaxed.

However, the March of Georgians, led by former deputy minister Sandro Bregadze, and Georgia’s National Unity, continued demonstrations until May 17.

This date – the International Day Against Homophobia and Biphobia – has been particularly sensitive in Georgia since 2013, when roughly 40,000 people, led by priests, violently disrupted 50 gay rights activists at an anti-homophobia rally in Tbilisi.

This year, a planned LGBT rights rally was cancelled due to safety concerns.

Giving Voice, Driving Change - from the Borderland to the Steppes
Georgia
Protests, Youth
Connect with us