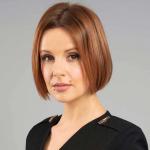 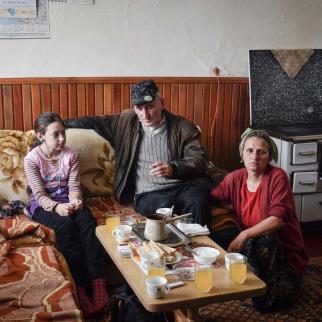 Images of life in a remote village for a Bosniak family with nowhere else to go. 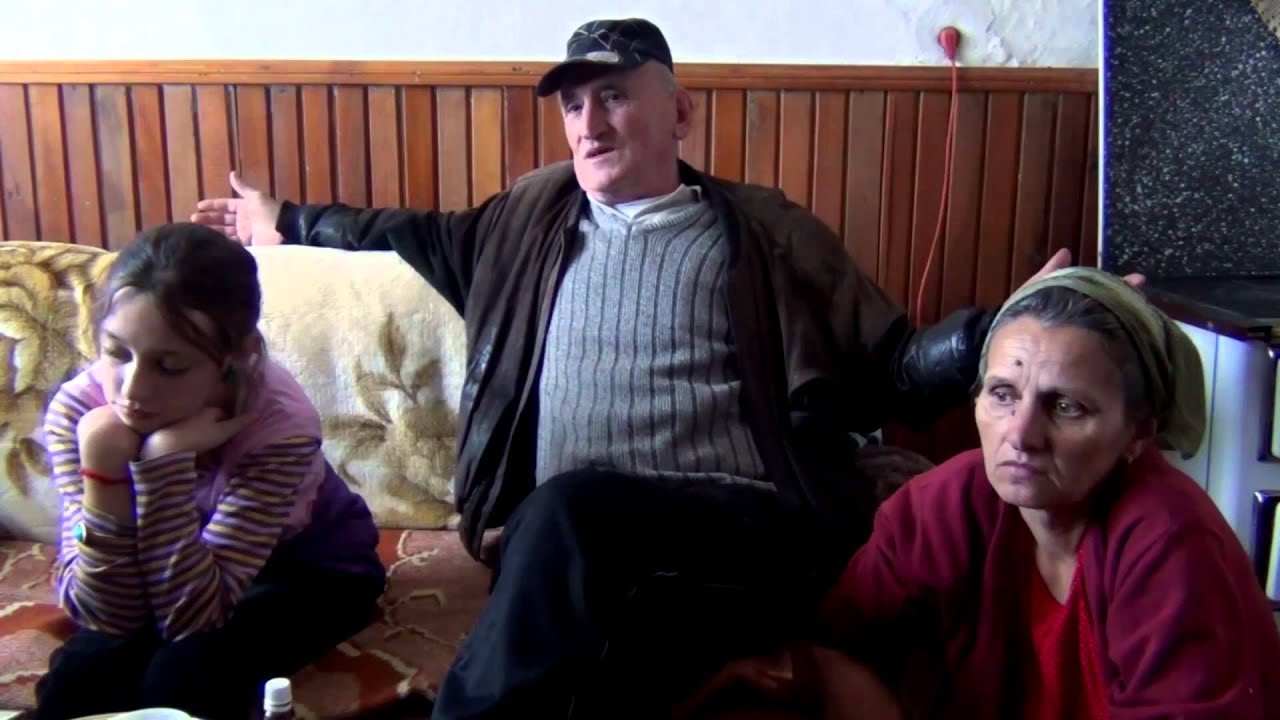 Srebrenica Family Left Stranded by Poverty – video by Ajdin Kamber.
The link has been copied

Eleven-year old Azemina Sulejmanovic is the only child in Brgule, a village in central Bosnia. Her home is in the village’s cultural centre, a single, concrete-floored room with no kitchen or bathroom which she shares with her parents, refugees from the eastern Bosnian town of Srebrenica.

The family has lived in Brgule since Azemina was born, but there is no one for her to play with. The only other people still living in the village are six elderly families.

The nearest school is 15 kilometres away, and Azemina rarely attends it, because her parents are too poor to own a car or pay for transport.

Her story reflects wider issues in Bosnia's post-war society, still full of internally displaced persons forced to go from one place to another searching for a better life, yet never quite finding it.

Azemina’s parents, Mujo and Hata Sulejmanovic, are Bosniaks (Bosnian Muslims)  from Srebrenica, which was captured by Bosnian Serb forces in July 1995. More than 7,000 Bosniak men and boys were massacred in the aftermath.

Mujo Sulejmanovic spent some months in the Sljivovica detention camp in Serbia, and as a result he now receives monthly compensation of BAM 200 (140 US dollars), which forms the family’s only regular income.

In 1996, many people from Srebrenica moved into houses in the suburbs of the capital Sarajevo that had previously been occupied by Serbs but were abandoned when the latter left en masse after the signing of the Dayton agreement which ended the conflict.

Mujo and Hata Sulejmanovic met and married after the war, and they too found refuge in an abandoned house in the Sarajevo suburb of Vogosca until they had to return the house to its Serb owner.

Then they moved to the town of Vares in central Bosnia, where they heard that accommodation could be found in one of the many abandoned houses in the surrounding villages.

In Brgule, they eventually gained permission from the local authorities to stay in the cultural centre free of charge.

If the Sulejmanovics had stayed in the Sarajevo area, their circumstances would probably have improved. As part of a larger community of internal displaced persons or IDPs, they would have become more eligible for assistance from the local authorities.

In their present situation, they are isolated and feel ignored. Their life in Brgule is one of grinding poverty, and they long to return to Srebrenica. While various political parties have long promised them a piece of land or at least temporary accommodation in Srebrenica, nothing has ever come out of it. Now they only go back to the town to vote in elections.

“My biggest wish is to have a house. It doesn’t matter how big it is, as long as it has a bathroom, because of this child. What else does one need?” said Mujo Sulejmanovic, sitting on an old couch next to his daughter in the room the family shares.

“Azemina often says, ‘Dear God, will I ever have a bathroom?’” Mujo added, looking at his daughter.

“God willing, she will,” his wife Hata replied as she tended the wood-burning stove.

Hata Sulejmanovic says her husband’s compensation payments cover little more than a bag of groceries. To supplement their income, the Sulejmanovics pick and sell medicinal herbs from the fields and woods around Brgule.

“We have to do whatever puts bread on the table,” Hata said. “When Azemina was little, Mujo would put her on his shoulders and pick herbs. We pick a few hundred kilograms every summer, but it becomes much less once we dry the herbs. A man comes here and buys dried herbs from us and we make around BAM 20 [14 dollars].

“We also help people mow and make hay, so we earn a little that way as well.”

When Azemina was old enough to attend school, special arrangements were made for her because the nearest one was too far away. A teacher from the town of Breza, Fadil Kadric, drove 40 kilometres every day to give her lessons in an improvised classroom set up in another part of the cultural centre, which lacks both electricity and water.

Even in treacherous winter weather, Kadric made the journey to Brgule, never allowing Azemina to skip more than two days of school. Unused to strangers, Azemina had a hard time adapting to lessons and was initially very withdrawn.

“The beginning was very hard for me, too,” said Kadric. “It was the first time I’d been in a teaching process where I only had one pupil. I don’t even think such a thing exists anywhere else. It was simply an improvisation which required a lot of creativity on the part of both my pupil and myself.”

Bare apart from a small blackboard on one wall and a wood furnace against the other, the room’s walls used to be covered with Azemina’s drawings, but these days it is only used occasionally to dry the herbs the Sulejmanovics pick.

Azemina should now be at secondary school, but the nearest one is in the town of Vares and the driver who picks up children from other villages often leaves Brgule out, claiming the roads are in a poor condition.

“The driver once told me it was better that I lose a day of school than my life,” Azemina said.

Since Azemina does not go to school regularly, she lacks a circle of friends, and other pupils often pick on her because of her isolated life.

Relations between the family and their Serb neighbours are also strained. Some visit them on Muslim holidays and the Sulejmanovics return the compliment during Orthodox Christian religious festivals. The war is often mentioned.

“One time, during one of their holidays, they told us to leave the village for two or three days,” Mujo said. “They said there might be some drinking and problems in the village. But we had nowhere to go. We didn’t leave.”

The time may soon come when they do have to pack up and go. The Sulejmanovics recently received an eviction notice because the authorities want to reconstruct the cultural centre.

Mujo Sulejmanovics said they do not know where they can go next.

“I’ve been on the move for 20 years,” he said. “This child is the only reason I haven’t killed myself. Otherwise they'd have found me out in the woods. But I have to live for her.”