Panel can probe allegations of staff misconduct but has no powers to investigate prosecution.

Panel can probe allegations of staff misconduct but has no powers to investigate prosecution. 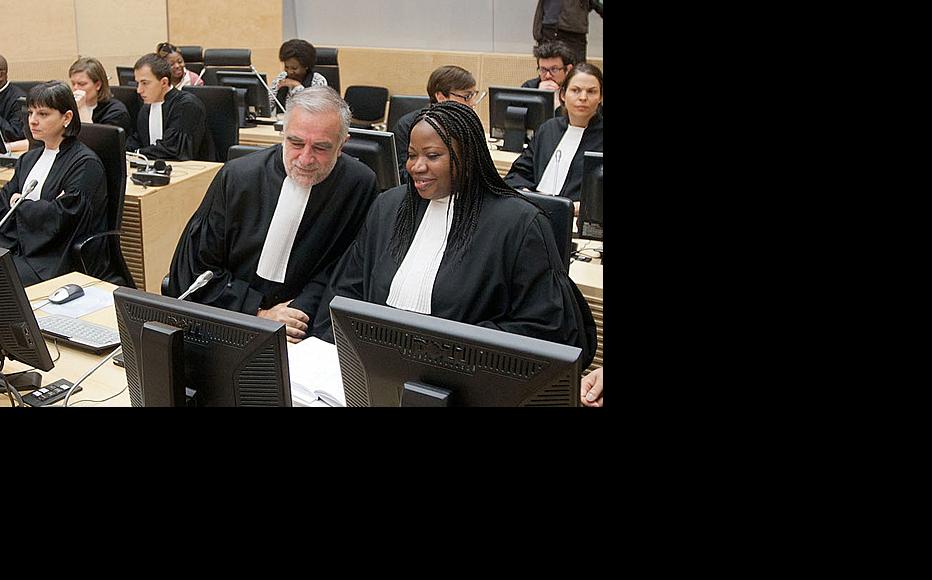 Former ICC prosecutor, Luis Moreno Ocampo, and the incumbent prosecutor Fatou Bensouda listen to the verdict against Thomas Lubanga. Judges pointed to a number of offences that might have been committed by OTP intermediaries. (Photo: ICC-CPI/Flickr)
The link has been copied

International justice experts have broadly welcomed the recent creation of an oversight body for the International Criminal Court (ICC), while warning that there remains no mechanism to investigate allegations made against the prosecutor’s office.

Observers say that the limited mandate of the Independent Oversight Mechanism (IOM) highlights flaws in the way the ICC investigates offences against the administration of justice.

The IOM will have powers to initiate and conduct its own investigations into reports of misconduct or illegal acts committed by a judge or by any member of staff or consultant in the court’s chambers, registry and the Office of the Prosecutor (OTP).

However, its mandate explicitly prevents it from investigating acts covered by Article 70 of the ICC’s founding document, the Rome Statute. This article covers offences against the administration of justice, such as giving false testimony, intimidating or bribing a witness, contempt of court, and other acts that undermine the course of justice.

What that means is that only Prosecutor Fatou Bensouda is empowered to look into allegations of this kind. In other words, the OTP investigates itself.

Danya Chaikel, a lawyer with the International Bar Association (IBA), believes this necessarily raises questions about the integrity of such investigations.

“The fact that only the OTP can investigate such serious offences, irrespective of the persons involved, raises concerning questions of conflicts of interest, impartiality and transparency of investigations,” Chaikel said.

The issue is more than academic – the OTP has recently faced allegations of wrongdoing in its investigations in the cases of Kenya’s president, Uhuru Kenyatta, and his deputy William Ruto.

Kenyatta is facing trial at the ICC in connection with the violence that hit Kenya following a disputed presidential election six years ago. Ruto is already on trial facing similar charges of crimes against humanity. More than 1,100 Kenyans were killed and over 600,000 others were forced from their homes when political grievances escalated into ethnic bloodshed in December 2007.

Kenyan attorney general Githu Muigai has made a number of serious accusations against the OTP, including that its representatives coached some witnesses.

“OTP only relied on biased reports from members of the civil society to confirm charges [against the Kenyan suspects],” Muigai told IWPR in November. “ICC has used coached witnesses in the Kenyan cases, and as you’ve seen lately, some of the witnesses have opted out of the trials. This is why we need oversight over OTP and registry.”

A number of prosecution witnesses have withdrawn from the cases against both Kenyatta and Ruto. Some have said that they fear for their security, others that their testimony was false.

The OTP strongly denies all allegations of misconduct in the two Kenya cases, and says some witnesses were bribed into withdrawing.

Muigai made his allegations during the Assembly of States Parties (ASP), at which representatives of the governments that back the ICC gathered, which took place in The Hague in November.

At the meeting, all 122 participating states agreed unanimously to the establishment of the IOM.

Beforehand, the Kenyan delegation lobbied for its creation, arguing that the mechanism would be able to address their concerns about the prosecution’s actions.

As it turns out, that is not the case. The oversight mechanism can deal with alleged misconduct by individual staff members at the ICC, such as financial fraud or sexual misconduct, but not matters that relate to the prosecution process or the presentation of evidence.

Bill Pace is the executive director of the Coalition for the ICC (CICC), a global network of NGOs working as a watchdog of the court.

“The IOM is intended to be an independent mechanism to investigate legitimate allegations of serious misconduct by ICC officials.” Pace said. “It has no mandate to look at the substance of their work, and could therefore not be used by any actors to address concerns with prosecution cases for example.”

But there is a crucial difference in the way they handle potential conflicts of interest. At the Yugoslav and Rwandan tribunals, judges can instruct prosecutors to investigate allegations of witness interference, false testimony and the like. It is not up to the prosecutor to initiate action. Furthermore, where there is a potential conflict of interest, judges can appoint an independent amicus curiae, or ‘friend of the court’, to conduct the investigation into the matter.

Chaikel argues that the way the ICC has handled matters coming under Article 70 so far now highlights the difficulty of leaving it to prosecutors to investigate their own.

In the ICC case against former rebel Thomas Lubanga Dyilo, convicted in 2012 of recruiting child soldiers in the Democratic Republic of Congo, ICC judges pointed out a number of offences that might have been committed by intermediaries working in the country on behalf of the OTP. They also warned the OTP that there could be a conflict of interest if it investigated these matters.

To date, the OTP has not brought a case against any individual in connection with these alleged offences.

The OTP’s role in investigating procedural wrongdoing came up again more recently. In October, the ICC issued its first ever arrest warrant for possible contempt of court – and the suspect is someone who worked as an intermediary for prosecutors.

Prosecutors have accused a former Kenyan journalist of bribing and attempting to bribe witnesses in the case against Ruto and his co-defendant, Joshua Arap Sang. Since the individual involved formerly worked on behalf of the OTP, there is a potential conflict of interest.

Chaikel notes that is unclear how prosecutors will deal with this.

“The warrant of arrest in this case makes no mention of whether independent counsel has been tasked to assist in the case,” she told IWPR. “The arrest warrant also indicates that OTP investigators themselves plan to conduct further searches and evidence collection in Kenya. This calls into question the impartiality of the investigation.”

Although the IOM cannot play a direct role in investigations of this kind, Chaikel says its mandate still leaves it in a position to assess the OTP’s policies on conflict of interest and – if asked to do so by the prosecutor – to provide guidance on specific conflicts of interest.

Recruitment is now taking place for the four-member IOM. While the panel has no powers of enforcement, it will report its findings to the head of the relevant section of the court. If it suspects criminal conduct, it can refer a case to a domestic jurisdiction for further investigation.

One recent example of where the IOM could have acted was when allegations of sexual assault surfaced against an ICC staff member court’s staff in the Democratic Republic of Congo (DRC) last year, before the mechanism came into being.

In June 2013, the ICC’s registry set up an independent external review to investigate the allegations. The four-person panel led by Brenda Hollis, formerly prosecutor at the Special Court for Sierra Leone, reported to registrar Herman von Hebel at the end of the year.

Following the report, the ICC says it is “providing all the necessary assistance” to the DRC authorities to investigate the allegations against the individual concerned. The panel also reported that other ICC staff had “likely” engaged in misconduct. The court has dismissed some of the individuals involved, and von Hebel is continuing to assess whether further disciplinary action is needed.

The International Bar Association argues that a standing independent body like the IOM is preferable to the ad hoc arrangements that existed until now.

“Once operational, the IOM itself will conduct this type of investigation so there won’t be the need to commission external bodies, which adds unnecessary time and costs to the process,” Chaikel said.

Pace of the CICC said that employing the IOM for this kind of investigation would “avoid possible negative consequences of ad hoc and non-institutionalised investigations which could take place on an uncertain and inconsistent basis, and could be therefore perceived as politically motivated”.