Government urged not to politicise or oversimplify deep-rooted problems.

Government urged not to politicise or oversimplify deep-rooted problems. 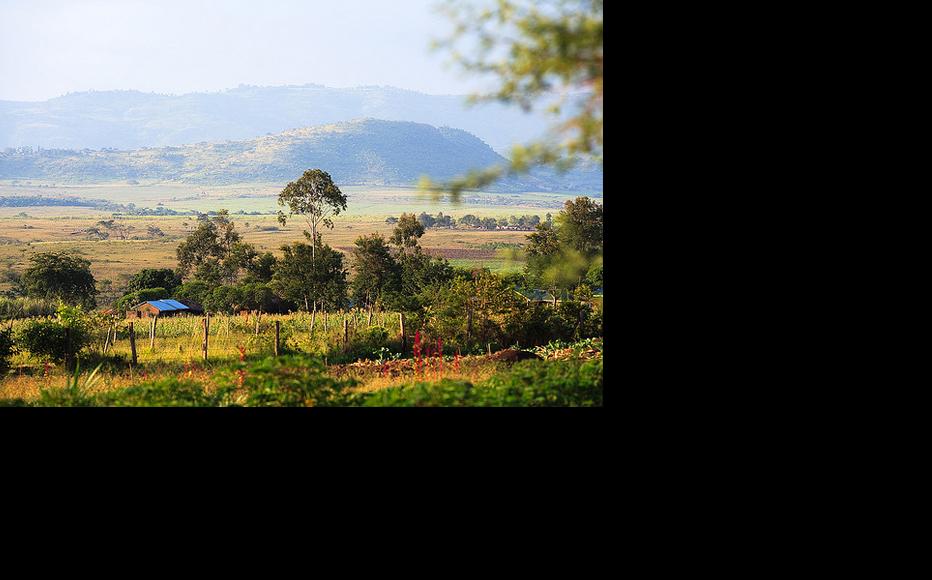 Kenya has begun drawing up legislation to address longstanding grievances over land ownership, many of which date as far back as the country’s independence from Britain in 1963.

The new law will aim to provide a definition of historical land injustices and a framework for resolving them.

But despite the establishment of a National Land Commission (NLC) and recent statements by President Uhuru Kenyatta, some analysts doubt the law will either bring real change or resolve the country’s land crisis.

Injustices in the allocation of land rights have been a recurring factor in outbreaks of violence at different times and in different parts of Kenya. They began in British colonial times, and in some cases were compounded by the way territory was divided up after Kenya achieved independence in 1963.

The result is that there are places in Kenya where whole communities feel their traditional lands were handed over to incoming groups favoured by whoever was in power at the time, and more generally, a sense that land rights have been mismanaged and illegally distributed. Enduring resentments over these issues often come to the fore when politicians seek electoral support from the communities involved.

After two months of bloodshed left over 1,100 Kenyans dead following a disputed presidential election in December 2007, the Waki Commission, set up to investigate the unrest, reported that one of the major causes was the failure of past administrations to address land disputes.

Later in 2008, the then president Mwai Kibaki and his prime minister Raila Odinga signed an agreement committing the coalition government to work on land reforms as a key way of avoiding any recurrence of mass violence.

The Kenyan constitution, passed by national referendum in 2010 guarantees citizens equal access to land, requires that land use benefit local communities, and prohibits the appropriation of publicly-owned areas.

A bill currently being drafted by the NLC has raised hopes that tensions and disputes can be resolved. (See New Plan for Land Reform in Kenya for more on the NLC’s thinking.)

Samuel Tororei, the chairman of the NLC task force, told IWPR that the legislation will define historical land injustices and set out guidance on how to resolve them.

The bill is scheduled for completion by December this year. It will be scrutinised by the NLC before being tabled in parliament for debate by February 2015.

“In order to deal with these injustices comprehensively, we have to have a law that sets the standards, a law that will be exhaustive,” Tororei told IWPR. “The law will prescribe remedies for each complaint and have a systematised approach.”

According to Tororei, the new measures will be a significant improvement on the current situation where the courts issue case-by-case decisions on individual disputes.

“This law will put an end to the conflicting judgements that we have seen in our courts because the courts will not have too much discretion,” Tororei said. “They will have clear guidelines what to do about different complaints.”

Analysts who recall the history of land issues in Kenya over the past 50 years warn against believing that either the NLC or new legislation can by themselves bring about swift change.

Despite having a clear mandate from the constitution, the NLC has been bogged down by delays in approving staff and putting the required level of funding in place.

Odenda Lumumba, director of the Kenya Land Alliance, which advocates on land issues, says designing and approving new laws is only part of the tasks that lie ahead. Once legislation is in place, it will have to be followed to the letter if future crises are to be resolved.

“We need good laws to engender good governance but those will only materialise if we do it with good practices and approaches,” he said. “There is too much promise and rhetoric about what is being addressed when the reality-check is simply that the intervention by the government is flawed, is slow and at best retrogressive.”

Fears about the government’s ability to address land issues have not been assuaged by its response to the recent trouble in the coastal region of Lamu.

In June and July, a succession of brutal attacks in the area killed more than 100 people.

The Somali Islamist group al-Shabaab claimed responsibility for the attacks, but President Uhuru Kenyatta blamed “local political networks” for violence that he said targeted an unspecified “Kenyan community”. The victims of an attack on the town of Mpeketoni were largely members of Kenyatta’s ethnic group, the Kikuyu, and one theory is that they were targeted by locals who resent their presence.

At the end of July, Kenyatta announced that he would revoke land titles in up to 70 per cent of Lamu county, after accusing people of acquiring public land illegally with a view to selling it back to the government at a hefty profit. The allegations relate to land that is earmarked for oil and transportation infrastructure at a planned port in Lamu.

Kenyatta subsequently used the issue to berate opposition leader Raila Odinga, who hit back by accusing the president himself of acquiring land illegally.

Land minister Charity Ngilu has described the alleged misappropriation of land in Lamu, said to have taken place in 2011-12 as the port project took shape, as “great danger to the socioeconomic and political stability and growth of the area”.

A criminal investigation was launched after Kenyatta said that a review of landholdings in Lamu county revealed that 22 individuals had illegally acquired a total of 2,000 square kilometres.

Separately from that survey, Kenyatta has tasked the ministry for land, housing and urban planning with carrying out a comprehensive audit to identify and define what is publicly-owned land.

The NLC has launched a legal challenge, arguing that the ministry should not be re-allocating land since the land commission is responsible for managing all public land on behalf of the national and county governments as well as for investigating any irregularities in the acquisition of public land.

As well as carrying out its own enquiry into the Lamu land issue, the NLC is seeking advice from the Supreme Court on how its formal mandate should be interpreted.

In a separate petition before the High Court, the commission is claiming that minister Ngilu has interfered in matters that properly lie within its remit.

Justin Willis, an expert on East Africa at Durham University, notes that a sense of injustice over land ownership is shared by socioeconomic groups from powerful elite factions to large sections of the electorate. That raises questions about whether the political appetite to address them exists.

“Untangling Kenya’s land problems is going to be, on some levels, politically problematic and unpopular, not only because it may involve taking away the land of big powerful people, but also because lots of ordinary people will find that this situation doesn’t work out to their advantage,” Willis said.

LAND COMMISSION SLOW TO GET GOING

Some argue that signs of a true commitment to resolve these complex problems are not yet in evidence.

Lumumba pointed out that after the constitution came into force in 2010, “a lot of time was wasted” in setting up the NLC. The previous president also took a long time before giving it the green light, even after the selected commissioners had undergone a vetting process.

Since the NLC came into being in early 2013, it has lacked capacity and funding from central government and still does not receive anything close to its annual budget.

According to its deputy chair, Abigail Mukolwe, the commission received only 1.6 billion Kenyan shillings (18 million US dollars) from the government for the financial year 2014-15, despite requesting seven billion shillings. She added that this was still an improvement on last year’s funding.

Lumumba says some of the funding the NLC bid for has been diverted to the lands ministry which has been carrying out some of the work assigned to the commission. He urged the government to fund the NLC fully.

“The principle of the constitution, the principle of the new dispensation needs to be enhanced and appreciated by all the players, particularly the players in the government of the day who basically are charged to oversee the national budget,” Lumumba said. “We need the land [reform] sector to work as an oiled machine. Right now, what we have is a cog in the system. The machine is not running.”

Other analysts accuse both the government and the opposition of exploiting the situation in Lamu and wider land issues for political gain, rather than using them as a starting-point for resolving the problem. Willis said politicising the land problem was obstructing real progress.

“This kind of approach is probably not going to improve the situation, because all that happens is that the two political camps will use this as a way of throwing mud at each other,” Willis said. “The way you sort [it] out is not to have this accusatory theatre of ‘you did this and you did that’. That isn’t going to help.

“Is this [Lamu unrest] going to set off a genuine programme of land reform and investigation of historical injustices which will improve the situation? I fear the answer is probably no.”

Whatever the quality of the new legislation and however tightly it is enforced, experts warn that immense practical problems still lie ahead.

Willis says years of corruption and malpractice at multiple levels have made the land ownership a highly complex matter.

“They have not made very much progress on investigating local grievances because it is extraordinarily difficult to do so,” he noted.

Willis warns that the main obstacle is defining what qualifies as injustice and what is rightful ownership, and proving that this is the case.

“In many cases, if you start undoing one injustice you may find yourself creating another injustice,” he said. “Many people in Kenya are almost certainly sitting on bits of land that they reasonably believe they legally own. Yet they may find that they do not, because of some earlier act of incompetence or corruption that will call their title into question.”

This article is part of IWPR’s Kenya Security series. It was produced as part of a media development programme implemented by the Institute for War & Peace Reporting and Wayamo Communication Foundation in partnership with The Star newspaper and Capital FM.