Limited success in combating violence in detention as culture of impunity persists.

Limited success in combating violence in detention as culture of impunity persists. 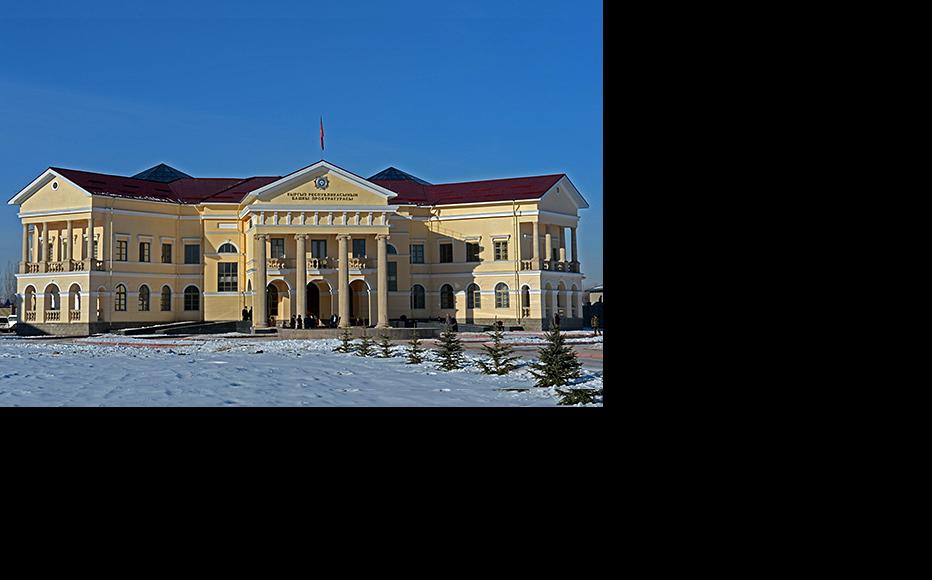 Human rights activists in Kyrgystan say that despite some progress made over the last decade, the government is still not doing enough to prevent police torturing suspects to extract confessions.

Torture became a criminal offence in 2003, but not a single police officer has been convicted since then. When complaints do lead to prosecution and trial, judges commonly hand down minor penalties.

At a November 12-13 review session of the United Nations Committee Against Torture in Geneva, Kyrgyzstan’s deputy prosecutor-general Ulanbek Khaldarov said his country had taken significant steps towards eliminating torture in both legislative and institutional terms.

Reporting on Kyrgyzstan’s implementation of the Convention against Torture and Other Cruel, Inhuman or Degrading Treatment or Punishment, Khaldarov said the practical steps taken included new legislation, prison reforms and police training, while the maximum penalty for torture had increased from five to eight years. Other reforms included the creation of a National Centre for the Prevention of Torture, regular inspections of detention facilities and the installation of CCTV systems, and closer cooperation between law enforcement and civil society groups.

Khaldarov said that many police officers accused of torture had been demoted or dismissed. According to the report, the number of torture complaints fell by a third in the first nine months of this year compared to the same period in 2012, from 304 to 208.

While the UN committee commended Kyrgyzstan’s legislative reforms, it warned that the safeguards enshrined in law were not always put into practice. It raised many individual cases, including deaths in custody, and noted that torture was used to extract confessions on which the criminal justice system placed a heavy reliance.

In Kyrgyzstan, some human rights defenders accuse the government of trying to deflect criticism rather than make a commitment to real change. They point out that a lack of proper safeguards, a culture of impunity and the pressure on police to meet quotas for cases going to court, are all conducive to abuse.

“Until policemen realise that this is a punishable offence, torture will continue,” said Aidar Sydykov, a lawyer with the Golos Svobody NGO, which works with victims.

According to the head of the Kylym Shamy human rights centre, Aziza Abdirasulova, the most common form of torture involves partial suffocation with a plastic bag.

“Police officers tie the suspect’s hands and put a plastic bag over the head. The suspect gets short of breath but there are no traces, no bodily harm has been done,” Abdirasulova said, adding that the practice sometimes resulted in death.

Activists note that while monitoring focuses on pre-trial detention centres and prisons, most incidents of torture take place in the offices of police detectives during preliminary investigations. Police are under pressure from their superiors to fill monthly quotas of cases going to court, and observers say this encourages them to take short-cuts to getting a swift confession to underpin a conviction.

“It makes life simpler – beat them up, extract a confession and force them to sign it. That way, the case can be closed very quickly,” Sydykov said.

Rights defenders also challenged the authorities’ claim that the decrease in the number of torture complaints showed that the situation has improved.

“This is not an indication of performance,” Sydykov said. “If someone doesn’t complain, it isn’t because he wasn’t beaten up, but because he doesn’t have faith in the justice process.”

Sydykov said there was another reason for this apparent reduction – the high rate at which complaints are rejected by the prosecution service.

When an allegation of torture comes to the prosecution service, an initial investigation is launched to decide whether the evidence is strong enough for the case to go to court. This can be a lengthy process, during which physical evidence such as bruising fades.

Last year, 340 out of 371 complaints were rejected, according to an alternative report presented at the UN meeting in Geneva by Kyrgyzstan’s Coalition Against Torture. The reported cited statistics from the prosecutor general’s office showing that in the first half of this year, only seven out of 146 complaints were investigated.

“When a prosecutor launches a criminal case against a police officer he’s worked with previously, the policeman and his colleagues get angry,” Sydykov explained. “The prosecutor doesn’t want to have enemies and tends to be lenient.”

The courts, too, tend to be soft on officers accused of torture, and Golos Svobody runs special training courses for judges in which they are told that torture is unacceptable as part of the interrogation process.

Sydykov said some judges were receptive, but others saw it as an alien concept as they were accustomed to the punitive approach to justice inherited from Soviet times.

Even when charges are brought against a police officer, bribes are often paid to ensure there is no conviction. And as these suspects are rarely locked up during the investigation, they can often coerce the victim into withdrawing charges.

If a case does get to court, the prosecution will often seek a conviction on lesser offences like “exceeding one’s powers”, and judges may hand down a suspended sentence.

Despite these concerns, Abdirasulova, of the Kylym Shamy human rights centre, acknowledged that there was a political will at high level to tackle the problem. She commended the government for setting up the National Centre for the Prevention of Torture, although she said that this was not enough.

Describing the current situation where criminal cases against police officers are launched but later disintegrate, she said, “At the beginning it all goes well, but then it starts to wane and in the end, it simply come to a halt.”

The head of the interior ministry’s press service, Jorobai Abdraimov, acknowledged that torture took place, but insisted the police service was cracking down on rogue officers. Those caught violating the rules of conduct were reprimanded, prosecuted or sacked, depending on the nature of the accusation against them.

“We do not cover up for each other,” he said. “It [torture] does occur, but these are isolated incidents.”

Abdraimov said some cases fell apart due to lack of proof.

“Cases are investigated and reach court but don’t stand up to scrutiny. That means there wasn’t enough evidence,” he said.

Abdraimov added that every year, more than 1,000 police officers were sent on training seminars on torture prevention.

The ministry has finalised a strategy to reform law enforcement, and Abdraimov said that preventing torture should be tackled as part of a wider set of problems, including the low salaries paid to staff and the pressures on police detectives.

“The reform programme envisages a departure from the quota [system] where each staff member is tasked with solving a certain number of criminal cases,” he said.

When IWPR asked the prosecutor general’s office whether leniency was shown towards policemen accused of abuses, spokesman Seitjan Apyshev denied this, insisting that staff were impartial in their investigations and in fact prioritised cases of alleged police torture.

“Cases involving police officers are subject to [special] supervision, and we do our best to pursue the investigation to the end,” Apyshev said.

He noted that prosecutors had brought a criminal case against two members of an elite unit of the National Security Committee, Kyrgyzstan’s intelligence service. Erik Babaev and Oleg Kapustin were charged with torture and exceeding their authority following the death in detention of customs official Firuzkhan Fiziev in 2011.

On November 20, 2013, a military court in Bishkek acquitted both Babaev and Kapustin.

“We managed to take it to court. But how judges take decisions is a different matter,” Apyshev said.

In 2011, the UN Human Rights Committee found the government of Kyrgyzstan responsible for the death of 46-year old Tashkenbay Moidunov while in police custody in 2004.

The committee concluded that Kyrgyzstan should conduct an impartial, effective and thorough investigation into the circumstances of Moidunov’s death, prosecute those responsible, and provide full reparations including financial damages.

The Kyrgyz authorities were given six months to report back to the committee, but they took no further action, and there is no mechanism that can force them to deal with the matter.

Timur Toktonaliev is an IWPR contributor in Kyrgyzstan.

Kyrgyzstan
Torture
Connect with us