Kyrgyzstan: How Realistic is Phasing Out Coal?

The country is committed to achieving carbon neutrality by 2050, but production and consumption of fossil fuel continues to grow.

Kyrgyzstan: How Realistic is Phasing Out Coal?

The country is committed to achieving carbon neutrality by 2050, but production and consumption of fossil fuel continues to grow. 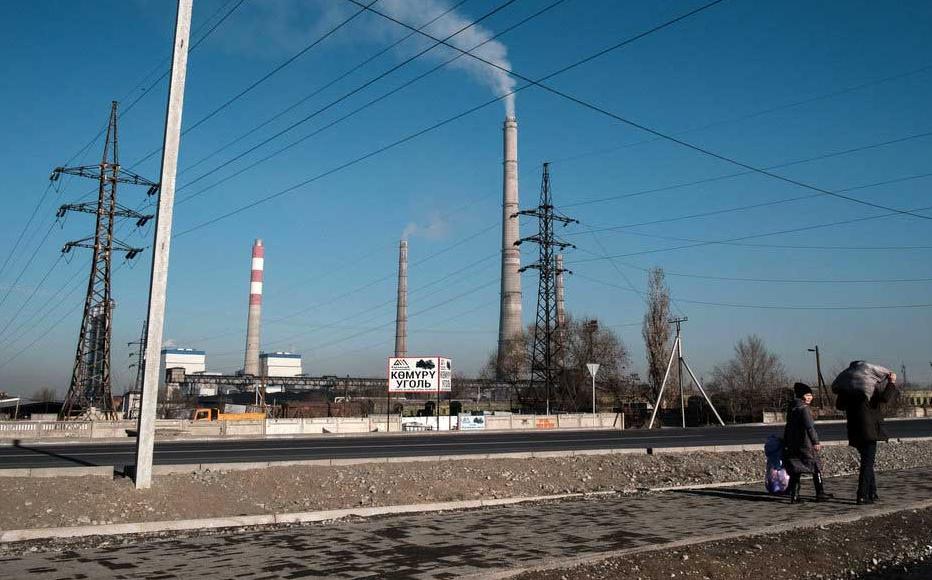 The coal-powered Bishkek thermal power plant (TPP) provides for the capital’s heating and hot water. Environmentalists blame it for the pollution trapping Kyrgyzstan’s capital in the depths of winter. © Dmitry Motinov/IWPR/CABAR 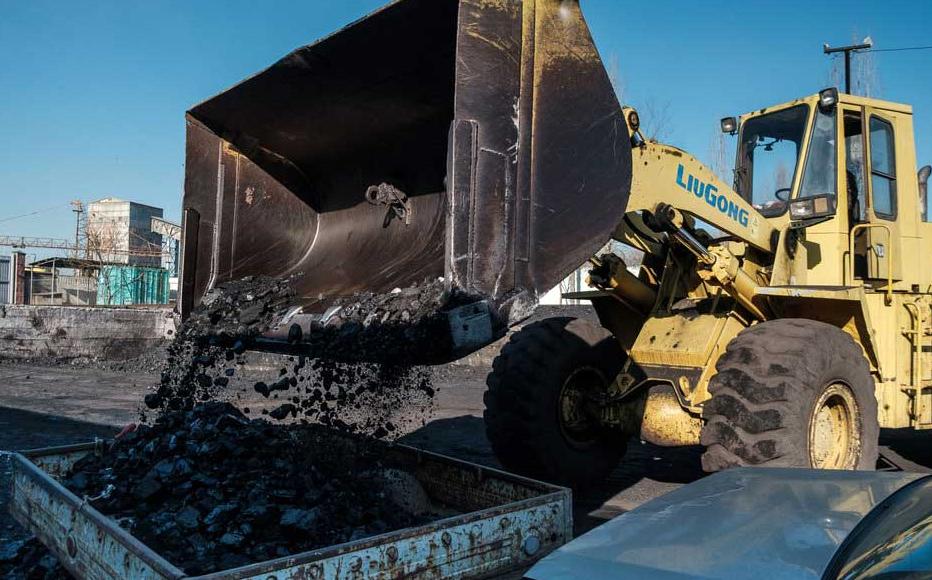 A bulldozer loads coal into the car trailer of a private buyer at a coal depot in Bishkek on January 11, 2021. © Dmitry Motinov/IWPR/CABAR Oleg, a resident of the Novopokrovka village, in the suburbs of Bishkek, in his house’s coal storage. Many people fill stoves with coal to heat their houses. © Dmitry Motinov/IWPR/CABAR 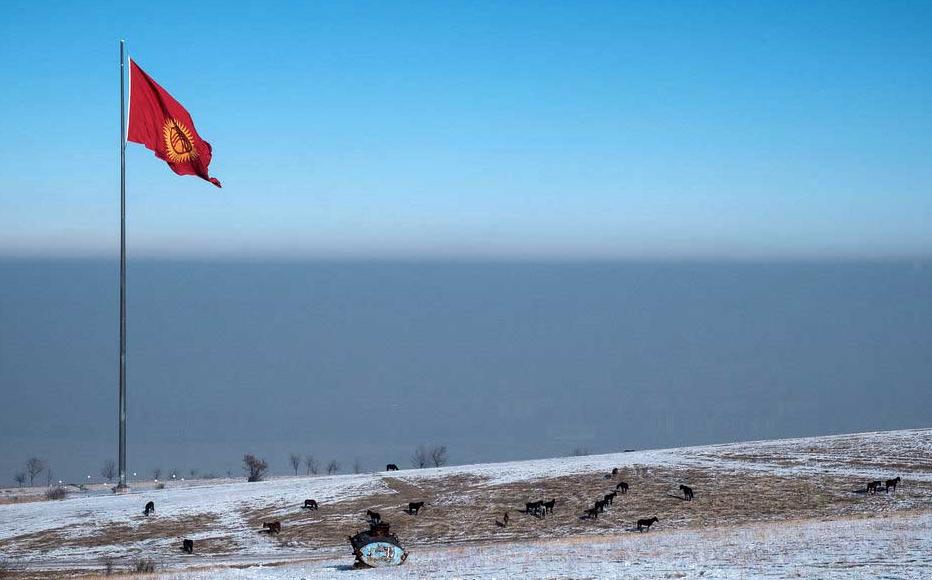 Bishkek's dome of smog as seen from one of the hills surrounding the city on January 7, 2021. In winter 2021 Kyrgyzstan's capital, a city of one million, topped the world’s air pollution rankings. © Dmitry Motinov/IWPR/CABAR
The link has been copied

A dome of hazardous smog traps Kyrgyzstan’s capital in the depths of winter, pushing Bishkek, a city of one million, high in the world’s air pollution rankings. Environmentalists blame the city’s coal-powered thermal plant, which provides heating and hot water, as well as the coal-powered stoves used to heat homes not connected to the electricity grid.

Coal is plentiful in Kyrgyzstan, fundamental for the Central Asian country’s livelihood, state revenues and development. It is also the dirtiest of fossil fuels and the largest single source of greenhouses gases, responsible for 40 per cent of all global carbon dioxide emissions from extractables.

As experts gathered in Glasgow for the 26th UN Climate Conference call for the use of fossil fuels to be dramatically scaled down, Kyrgyzstan and other low and middle-income countries share the dilemma of how to wean themselves off coal to protect the planet from overheating while still providing energy for their people.

If global warming is to be kept within 1.5C of pre-industrial times – the minimum target of the Paris Agreement – coal use needs to be dramatically scaled down. Many industrialised nations are phasing it out but large economies, China and India in particular, remain in thrall to coal to fuel their country’s development. It is also vital for many developing economies. The BP 2021 statistical world energy review reported that countries outside the OECD grouping of mainly industrialised nations accounted for 80 per cent of worldwide coal consumption in 2019, the year before the pandemic. Between 2010 and 2020, consumption in non-OECD countries, excluding China, increased by 2.7 per cent a year.

In 2019 Kyrgyzstan ratified the Paris Agreement,  setting a reduction of emissions by 15.97 per cent by 2030. In September 2021, President Sadyr Zhaparov confirmed to the UN General Assembly the country’s commitment to try and to achieve carbon neutrality by 2050, placing stakes on hydropower stations.

Water provides for most of the country’s domestically generated electricity, but rain fluctuations and droughts put pressure on hydropower, limiting the energy options of a country where oil and gas reserves are marginal. A few HPPs, including in Uch-Kurgan and At-Bashi, are being upgraded and, once operational, the second generating unit of Kambarata HPP-2 will have an output of 120MW. The drought that hit the country in 2021 had an impact on the water reserve of the Toktogul hydropower plant (HPP), whose installed capacity of 1.2GW supplies about 40 per cent of the country's electricity. The reservoir currently has some 12.5 billion cubic meters (bcm) of water, well below the 16 to 17 bcm required for the plant to operate smoothly.

When water is low, Kyrgyzstan is left with few options – coal being the cheapest and most readily available. In 2020 the country produced about 2.5 million tonnes of coal and the ministry of energy and industry estimates that the annual demand is about three million tonnes. The International Energy Agency reported that production has more than quadrupled since 2010, driven by the government’s decision to decrease dependence on imports and minimise the use of electricity for heating purposes by households.

Sergei Krivoruchko, an ecology consultant with the Asian Development Bank, is sceptical that Kyrgyzstan could be coal-free  by 2050.

“I think the idea is utopian… [considering] the rate of economic development of various countries," he said. "I do not support agreements that force a small country with a complex economy to shoot itself in the foot and move away from its available [source of] energy that can be used to sustain the country."

Coal has been central in Kyrgyzstan’s energy production for decades. Dubbed the furnace of Central Asia during Soviet times, the annual production reached its peak of 4 million tonnes in 1979-1990, only to nosedive at the fall of the Soviet Union – between 1990 and 1995, coal mining declined eight-fold and did not rise until 2008.

Reliable data on the coal stock islacking, with figures ranging wildly between 2.2 to 8 billion tonnes. The state reserve balance has 29 major and over 20 small deposits with total stock of nearly 1.3 billion tonnes. Estimates indicate that in the next ten years Kyrgyzstan could potentially export approximately 64 million tonnes of coal, for a total of 3.84 billion US dollars, to China, the world’s largest coal consumer. Despite pledges to boost clean energy and curb carbon emissions, Beijing is responsible for about one third of all global emissions.

“Coal will be the main energy resource for China for decades to come," said Temirbek Akmataliev, an economist at the National Academy of Science’s Institute of energy. "Alternative energy sources will not be playing a significant role in the global energy balance in the next 50 years. The experts predict the 'coal century'. Kyrgyz coal will always be needed by China…in increasing amounts."

Akmataliev notes that countries like Kyrgyzstan should look at how to decrease the proportion of coal in the energy balance rather than totally phase the coal out.

“Public health, tourism and ecologically clean products are all convincing factors for national development. By decreasing the share of coal consumption, we decrease environmental pollution and contribute to making the country more attractive. So far, we cannot move away from coal because we do not have alternative clean energy sources at hand,” Akmataliev said.

Although not itself a clean source of energy, waste can provide an alternative, according to Krivoruchko.

“[Kyrgyzstan] is full of waste, We could produce a stable amount of electricity from regularly generated waste. According to our estimates, the Bishkek landfill site could generate nearly 360 megawatt, [like] the Bishkek [thermal power plant],” he said.

The Bishkek plant, currently embroiled in a corruption scandal that followed its upgrade in 2017, burns 1.6 million tonnes of coal per year.

While high-income countries embrace innovation early, developing economies tend to resist the shift. Reclaiming the capital’s landfill and exploring energy possibilities remains an open issue as, so far, projects supported by the European Bank for Reconstruction and Development (EBRD) have not brought results.