Moves to curb groups seen as too "political" reflect growing influence of Moscow.

Moves to curb groups seen as too "political" reflect growing influence of Moscow. 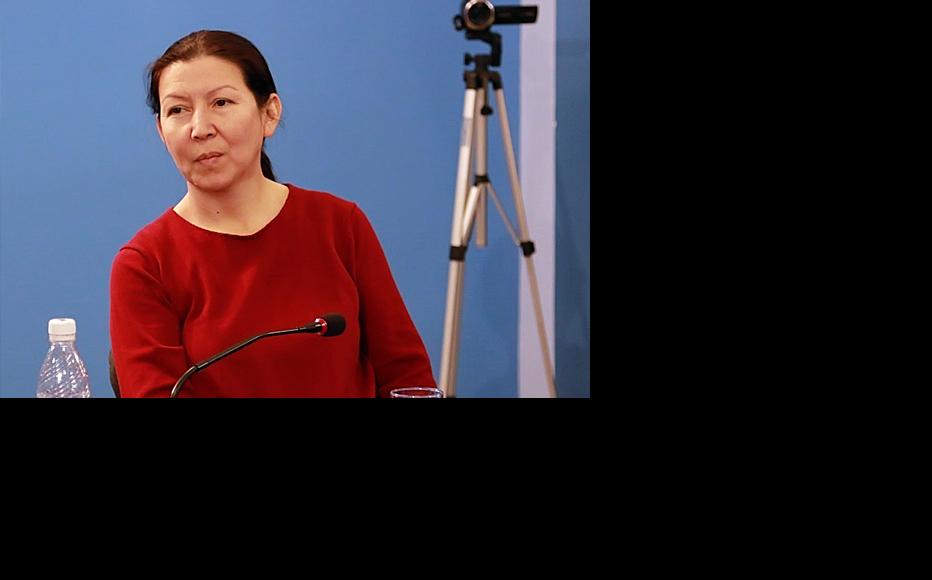 Dinara Oshurakhunova. (Photo: Vecherny Bishkek)
The link has been copied

A bill currently going through Kyrgyzstan’s parliament could undermine an NGO sector that has thrived since independence in 1991, in contrast to the situation in other Central Asian states.

The bill is currently at committee stage and is expected to be ready for full parliamentary debate in November.

It is inspired by Russian legislation that was passed in 2012 with the aim of punishing NGOs that received foreign funding. In similar vein, the Kyrgyz law would force civil society groups to register as “foreign agents” and comply with stringent requirements such as an annual audit and other forms of reporting. Apart from a handful of larger groups, most NGOs in Kyrgyzstan operate on a shoestring and would struggle to meet these financial reporting requirements.

The justice ministry would have powers to stop an NGO operating for six months without a court order if it failed to register as a foreign agent.

Copying the Russian law, the bill categorises some NGO activities as “political”, defining this in loose and general terms to include lobbying for legislative change and shaping public opinion. Many Kyrgyz groups work on civil and political rights, democracy-building, and corruption, and could soon find themselves as beleaguered as their Russian counterparts.

In an assessment of the bill published in May, the International Centre for Non-Commercial Law said the broad interpretation of political activity would create a worse environment for local civil society groups and for international organisations that support democracy and human rights in Kyrgyzstan.

In an interview for IWPR, Irina Karamushkina, a parliamentarian from the ruling Social Democratic Party, defended the proposed law. She argued that NGOs “misuse the freedoms they have been given” and demand to know “absolutely everything about the work of state institutions”. The government welcomed constructive criticism as long as this did not involve “indiscriminately blaming” it.

Karamushkina said the authorities were worried about religious groups that “seek supporters among government officials and pave the way for the possible infiltration of state institutions and participation in politics”.

“There are also groups of this kind among NGOs that are not linked to religious activity,” she added.

Dmitry Orlov, head of the East-West Strategy think tank, backs legislation to “tidy up” the NGO sector. He notes that some NGOs had been accused of gathering intelligence for foreign governments, but that the innocent had nothing to fear – meaning those “not involved in political activities”.

Dinara Oshurakhunova, head of the Coalition for Democracy and Civil Society, is among those who believe the real intention is to curb the NGO and, with it, dissent and criticism.

She noted that similar attempts to pass restrictive laws had been made in the past, but that “we knew we could sit down at the negotiating table, talk it through with the officials who make the decisions, and explain that the NGO sector makes a substantial contribution to the country’s development”.

Things have changed. In recent months, the Kremlin has been working to gather former Soviet republics back into the fold as it finds itself isolated by Western states because of its annexation of Crimea and intervention in eastern Ukraine. Reliant on Russia for loans and investment to prop up its economy, not to mention jobs for hundreds of thousands of labour migrants, Kyrgyzstan is being drawn rapidly into Moscow’s sphere. (See Bishkek Turns Face to Moscow.) After applying to join the Russia-Belarus-Kazakstan Customs Union, it is likely to be accepted into the broader Eurasian Economic Union next year.

“Since the NGO law is practically a copy of the Russian law, I assume there is outside influence on the NGO situation,” Oshurakhunova said.

Political analyst Anar Musabaeva says that this geopolitical shift is bad news for Kyrgyzstan’s NGOs, which are the target of attempts to control them and restrict those that work on issues deemed “sensitive”.

“The saddest thing is that the authorities encourage such criticism in the media, including for example on the state broadcaster OTRK that is watched by most of the population,” Musabaeva said.

State media have joined government officials and parliamentarians in this new anti-Western campaign. Recent media reports have, for example, claimed that the modest protests against joining the Russian-led economic bloc union were actually staged by NGOs which were paid by Western government to discredit supporters of closer ties with Moscow.

Apart from upholding civil rights and pushing for social progress, Kyrgyzstan’s substantial NGO sector also provides employment in a country that is forced to export much of its workforce.

Asyl Aitbaeva, director of the Interbilim group which carries out election monitoring, predicts that a restrictive legal environment will force most NGOs to close down. As well as job losses, “tax and welfare contributions will be substantially reduced”, she said.

Many NGOs in Kyrgyzstan survive on grants from foreign donors since there are few local sources of private, disinterested funding.

Oshurakhunova likens the way civil society organisations apply to foreign funders to governments that go to international lenders, or banks that raise funds on the global market. “That isn’t a reason to blame someone,” she said.

Kyrgyz civil society groups are now gathering signatures for a petition to get the bill blocked before it is passed.

Oshurakhunova expressed hope that “we will be able to persuade our parliamentarians that we need to work hand in hand for the good of the country”.

Anna Verbenko is the pseudonym of a journalist in Kyrgyzstan.