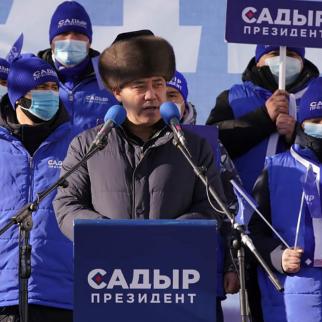 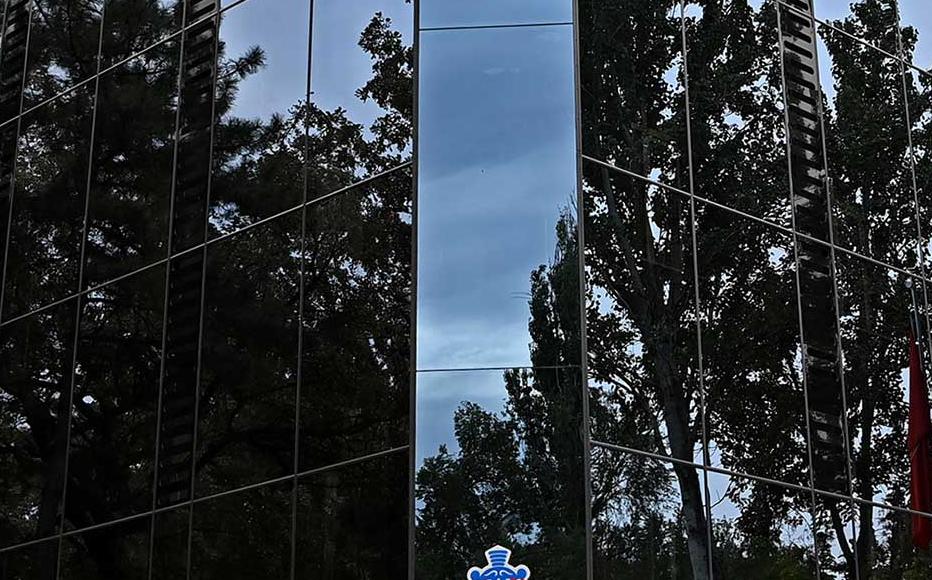 Headquarters of the Kyrgyz Ministry of Internal Affairs. © president.kg
The link has been copied

Human rights defenders are demanding a parliamentary enquiry into the interior ministry’s decision to wiretap more than 100 politicians and activists earlier this year, which critics say was organised without proper court oversight.

The ministry said that the surveillance was part of legitimate pre-trial procedures over the dramatic events of October 2020, when protestors angry at the results of Kyrgyzstan’s parliamentary elections stormed government buildings and took over a number of state institutions.

President Sooronbay Jeenbekov subsequently resigned and was replaced in early elections by Sadyr Zhaparov, one of those released from prison during the October chaos.

“In order to establish the involvement of individuals in the commission of criminal acts, and to document possible ties between them and suspects now under investigation … an order was approved by the Pervomaisky district court in Bishkek [for surveillance] of telephone connections between January 6 and February 10,” the interior ministry said in a statement.

The story broke in late August after an anonymous source leaked a file listing those who had been wiretapped to the leader of Reforma Party, Klara Sooronkulova, herself one of those under surveillance.

Among them were previous presidential candidates including  Sooronkulova, Adakhan Madumarov, Abdil Segizbaev and Kursan Asanov as well as members of parliament, activists and experts. Notably absent were any of those figures who were involved in the October events but who then went on to take senior roles in the new administration.

Lawyer Saniya Toktogazieva explained that the wiretapping of telephone calls was usually used as a last resort in criminal investigations, requiring court approval. Only those suspected of grievous crimes may be wiretapped.

“Investigators and prosecutors must provide sufficient evidence that they have exhausted other investigative actions and satisfactorily prove that the legal wiretapping of phone calls is the only option available,” she said.

However, the judicial authorities authorised the wiretapping after just one ruling, including of individuals who had nothing to do with the October events.

“I, just like the vast majority, am neither a witness nor a suspect,” human rights activist Rita Karasartova said. “The wiretapping was down to absolutely fake reasons. They should have come up with some other basis. This case may become a precedent, and the powers that be will say ‘we managed to do it previously, we’ll do it now, as well.’”

Among those wiretapped were lawmakers, supposed to have parliamentary immunity. Human rights activist Rita Karasartova said that in these cases only the prosecutor general could apply for permission to wiretap, and parliamentary consent was needed before any such investigative action can proceed.

Although none of these steps were followed, deputy prosecutor general Turusbek Ishenaliev told parliament on September 8 that the process had been held in strict adherence with the law.

“If we had a strong parliament that thought for itself, these violations would have turned into a major scandal,” Karasartova said.

Sooronkulova said that the circumstances demanded that a full enquiry be launched.

“No doubt a parliamentary committee must be established. If parliament cares even a little about its authority, prestige and security, they should carry out the parliamentary investigation of the fact,” she said.

Activists have also demanded Zhaparov take action to bring all those involved in the case to justice, calling for the removal of interior minister Ulan Niyazbekov and prosecutor general Kurmankul Zulushev, as well as the prosecution of Judge Chingiz Berdimuratov who allowed the wiretapping.

The president’s office has yet to comment on these demands. Activists said that they expected little recourse from the state, linking it to a wider democratic backsliding in Kyrgyzstan.

“We’ve got so used to this chaos,” Sooronkulova said. “We do not care about violations of our privacy. Every person must think about it, if they are spied upon or wiretapped for no reason. This is horrible. It actually means that we have no freedom.