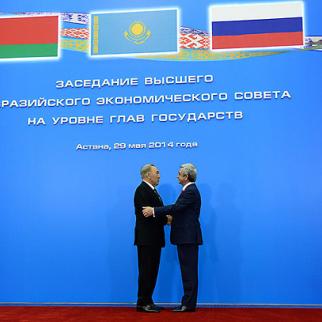 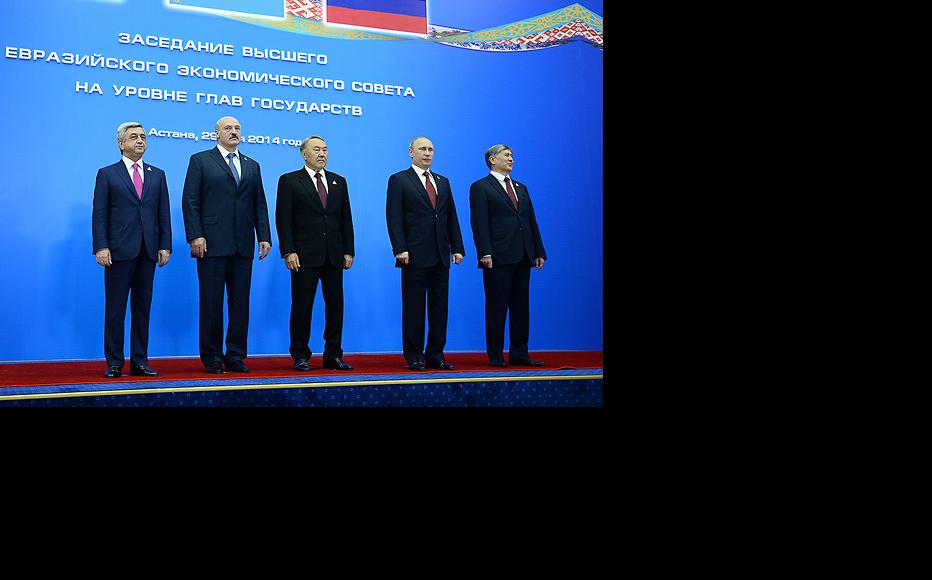 One of the side-effects of Kyrgyzstan drawing ever closer to Russia is a new mood of suspicion towards non-government groups, coupled with a rise in anti-Western rhetoric.

After Kyrgyzstan emerged from the Soviet Union in 1991, NGOs flourished thanks to international donor funding and a political environment that was considerably more benign than the average in Central Asia.

Now, however, the trend seems to be backwards, and conservatives are coming up with one bill after another to restrict civil liberties and the foreign funding that helps them exist. Those pushing for more restrictions acknowledge that similar developments in Russia have been an inspiration.

A whole raft of legislation is currently going through Kyrgyzstan’s parliament that rights groups say will have a detrimental effect on their work.

In mid-May, President Almazbek Atambaev signed off on a bill outlawing “false accusations”. Rights groups say this amounts to a back-door reintroduction of the criminal libel law which was dropped in 2011. They say its vague wording allows of excessively broad interpretation, and the media community fears the law will be used to muzzle critical journalism.

The United States-based watchdog Freedom House has described the law as “part of a worrisome recent trend of anti-democratic legislative initiatives”.

Exactly a month later, on June 17, the Kyrgyz parliament's human rights committee approved a “gay propaganda” law that makes the distribution of any information about same-sex relations a criminal offence. The bill had previously been rejected, and its approval suggests the mood in political circles has become significantly less liberal.

Parliament is now considering a new espionage bill which opens up the possibility that NGOs could be targeted, for example for submitting alternative human rights reports to international organisations like the United Nations.

Finally, there is the “foreign agents” bill, which again seems to have been inspired by Russian legislation targeting NGOs that receive foreign funding. By requiring them to register as “foreign agents”, it makes it easier for the authorities to go after them and discredit them in public.

Those behind the hard-line legislation say it is merely meant to increase accountability and transparency in the NGO sector.

Nurkamil Madaliev, a parliamentarian from the pro-Russian Ar Namys party who co-authored the “foreign agent” and espionage bills, acknowledges that the ideas are borrowed from Russia.

“We aren’t living on the moon or in a vacuum. We are close to Russia, and if there are good ideas there, why not take them on?” he told IWPR. “No one has ordered us to do this. There are more than 10,000 NGOs in this country and we have a right to know what they are doing when they’re funded by foreign money.”

Madaliev added that this was not just about the West, as the authorities also planned to scrutinise groups that received money from Russia and from Arab states.

Some of these legislative acts have been in works for a while, but previously stood little chance of making it through parliament. Things seem to be changing fast as an increasingly isolated Russia rushes to consolidate its position in the former Soviet states.

Since last year, Kyrgyzstan has been on track to join the Russia-Belarus-Kazakstan Customs Union. Its application was delayed for some months as its government tried unsuccessfully to negotiate special entry terms to cushion its weak economy against the effects of accession.

When the bloc met at the end of May to formalise the creation of a broader grouping, the Eurasian Economic Union, Moscow effectively cleared away the obstacles facing Kyrgyzstan by offering it a package of financial and development assistance, meaning it could join the Customs Union sooner rather than later.

Whatever Moscow might wish, economic integration does not automatically translate into political subservience. Its ally Kazakstan, for instance, is pursuing a distinct line on the Ukraine issue rather than siding wholeheartedly with the Kremlin.

In Kyrgyzstan, the political impact appears to be stronger. As Madaliev put it, “As Russia is our close neighbour and strategic partner, there is nothing bad about wanting to move in the same direction.”

Tolekan Ismailova, a respected NGO figure who heads the Bir Duyno group, believes Russia’s behaviour towards Ukraine including the annexation of Crimea have deepened a divide that already existed in Kyrgyzstan. The two camps are those who fear Russia’s embrace, and those who back Moscow and see criticism of it as “pro-Western”.

President Atambaev’s position is ambivalent. In comments he made recently, he said there was no need for tougher laws on NGOs, but in the same breath expressed concern about the funding sources of some groups.

“I think the president is sensitive to the mounting criticism aimed at him on Customs Union accession, on the Gazprom deal and so on,” said Medet Tiulegenov, a lecturer in political science at the American University of Central Asia. “It’s often NGOs that articulate criticism. So the president perceives NGOs with a liberal agenda as opponents of his policies.”

Tiulegenov sees two mutually reinforcing trends in shaping public opinion – the strong presence of Russian media in the country, and the willingness of local politicians to jump on any bandwagon.

“There is a worrying trend for actions taken by our leadership to be in unison with what’s happening in Russia,” he said. “Our politicians look at the mood that currently dominate society and [exploit] them to win a favourable response from the public. People watch Russian media and follow debates there. All this inevitably has an effect on our people and our politicians.”

The shift in attitudes at political level has been accompanied by what many see as an increasingly illiberal mood in wider society and the media, as conservative voices become more assertive in decrying “alien values”.

Burul Makenbaeva, head of the NGO Psychological Well-Being of Society, sees this change in attitude as a direct result of Russian influence.

“The strengthening of Russian influence is being accompanied by anti-American and anti-Western propaganda,” she said. “This inevitably has an impact on the work of civil society groups because we work directly with people. But the public take the view that if NGOs are funded by Western governments, they are the enemy.”

The new conservatism is gathering force just at a time when Western interest in Kyrgyzstan, and with it donor support, appears to be on the wane.

According to Tiulegenov, after decades of helping build a strong civil society sector, donor fatigue has set in.
“Maybe there’s a sense that it isn’t worth doing any more,” he said.

He noted that Russia is now using its own brand of NGO in Kyrgyzstan to promote its interests, for example Eurasians – New Wave and the local branch of Rossotrudnichstvo, an agency that supports ethnic Russians abroad.

Makenbaeva said she feared that values based on respect for human rights would be eroded in a society with less pluralism of views. The authorities, she said, “probably think it will be easier to govern that way”.

Ismailova believes the drift towards Russia will confine Kyrgyzstan within a group of former Soviet states in which authoritarian rule is the norm and human rights are discounted.

“Everything is being controlled, and the space for civil liberties will continue to narrow through the adoption of anti-constitutional laws as is happening in Russia,” she said.

Timur Toktonaliev is an IWPR contributor in Bishkek.

[Correction: The "gay propaganda" bill was approved by the parliamentary committee on human rights on June 17; it was not debated or passed by parliament itself. Apologies for this error.]