Kyrgyz Politician Gets Her Bride-Theft Law

It took a while, but Aynuru Altybaeva finally convinced her parliamentary colleagues that old "tradition" was criminal behaviour.

Kyrgyz Politician Gets Her Bride-Theft Law

It took a while, but Aynuru Altybaeva finally convinced her parliamentary colleagues that old "tradition" was criminal behaviour. 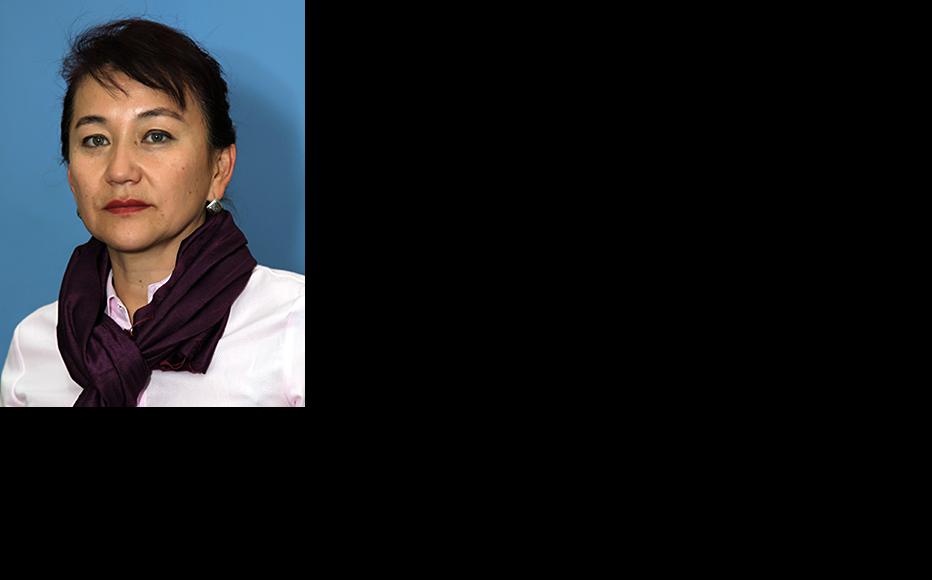 The politician behind Kyrgyzstan's tough new law on “bride-stealing” says she hopes it will deter men from abducting women, rather than only punishing them after the fact.

When parliamentarian Aynuru Altybaeva submitted the bill last autumn, it was opposed by those of her colleagues who were reluctant to ban a practice that some see as part of Kyrgyz tradition. In its final hearing, however, the law was passed by a large majority on December 13 last year. Signed by President Almazbek Atambaev on January 26, it came into force in early February.

Men who abduct women and force them into marriage now face seven years in prison instead of the previous three. If the victim is under 17, the legal marriage age, the maximum sentence is now ten years.

In an interview for IWPR, Altybaeva explained how the legislation got through. She began by talking about whether the law was actually enforceable.

Ainuru Altybaeva: I can’t see any difficulties so far. The only thing, of course, is that we need to continue explaining it [the law], as parliament is tasked not only with making laws, but also with overseeing their implementation.

We probably need to run awareness campaigns for young people… and there are others involved in marriage, like relatives, friends and [Muslim] clerics. All of them need to be aware that kidnapping a girl is not a folk tradition, it’s a crime.

IWPR: How would this awareness campaign work?

Altybaeva: A law on advertising has passed its first reading, and it requires the media to set aside five per cent of airtime to carry public information adverts. We’re hoping the media will back it.... We’re constantly meeting our constituents, with members of the public. I talk about it whenever I have meetings with women.

I am against putting people in prison for abduction. It’s possible someone might do it without being aware there’s a law against it. So what we need is prevention and explanation.

IWPR: Among the obstacles to putting the law into practice, rights activists point out that tolerant attitudes towards bride-kidnapping still persist, and they doubt tough penalties will be applied. Another issue is that victims are fearful of taking perpetrators to court out of fear.

Altybaeva: These are matters of judicial process. In looking at cases, the judge will need to assess the culpability of the man, any friends who helped him, his parents, and anyone else implicated.

When I had to defend the bill, I used figures from our ombudsman’s office citing between 13,000 and 15,000 kidnappings a year. Only a few cases are reported to the police. Fewer than that get to court, and even fewer end in convictions. Why is that? The girl, the victim, isn’t always able to report it to the police. Her parents might say, ‘don’t do it, he’s from our village’. The [culprit] might bribe his way out of trouble, or else the police might blame the girl, saying she brought it on herself.

Until now, the victim hasn’t been able to seek protection from a public prosecutor acting for the state. Now that it’s counted as a serious offence, there’s no need for the girl to report it. Criminal proceedings are applicable the moment a kidnapping has occurred. The investigation starts as soon as the girl is abducted.

When the sentence for a crime can reach ten years in jail, it’s no longer a private legal action, it becomes a state prosecution.

IWPR: What will happen in cases where the bride is kidnapped by consent, when the couple agree to stage the ritual so as to avoid another custom – the payment of a “bride price” – because the groom can’t afford it. Will he be charged with a crime?

Altybaeva: No, that kind of thing isn’t subject to this law. A distinction needs to be drawn. When two young people agree to get married but can’t afford to hold a wedding or pay the bride price, the law doesn’t apply. The key point in the law is its reference to “against her will”, in other words when it’s non-consensual.

IWPR: It’s been pointed out that even with these tougher penalties, the sentence is still shorter than for stealing livestock, which can result in 11 years in jail.

Altybaeva: That is true. It’s 11 years for taking livestock, and up to ten for abducting a person. It used to be three to five years, or sometimes just a fine. Our main objective was to put kidnapping a girl on a par with other kinds of abduction.

IWPR: How did you succeed in getting the law passed, when you didn’t manage to drum up enough support during your first attempt?

Altybaeva: When it came to the third reading, only four members of parliament voted against it, whereas in the first reading, 14 were against. I met everyone who disapproved of it in person, and I explained it to them.

I am very grateful to the non-government organisations which ran information campaigns. During the second reading, they distributed a letter from a woman who’d been kidnapped to the parliamentarians. She described how she was abducted, how she wanted to get away, and how she took an overdose that left her disabled. The perpetrator was not held accountable. He has now married someone else.

IWPR: What prompted you to initiate the bill?

Altybaeva: I know a lot of people whose daughters have been kidnapped. And the women themselves have told me their stories. That’s why I initiated two bills, one to toughen the requirement for marriages to be registered with the state [yet to be passed], and this one.

In the countryside, one in three women is in an unofficial marriage, and one in four in the towns. They are not eligible to claim alimony payments or ownership rights to land or housing. This leaves the women impoverished, and unable to afford the costs of schooling for their children, who then fall behind.

IWPR: What would you say to those who still insist that the custom of bride abduction is part of Kyrgyz culture?

Altybaeva: Our constitution, in article 37, says that the state does not support customs that violate human rights. Article 36 says that a marriage cannot be registered unless both partners give voluntary and mutual consent. I referred to both these points when I lobbied for this legislation.