State is focusing on new ways of dealing with the threat of radicalisation.

State is focusing on new ways of dealing with the threat of radicalisation. 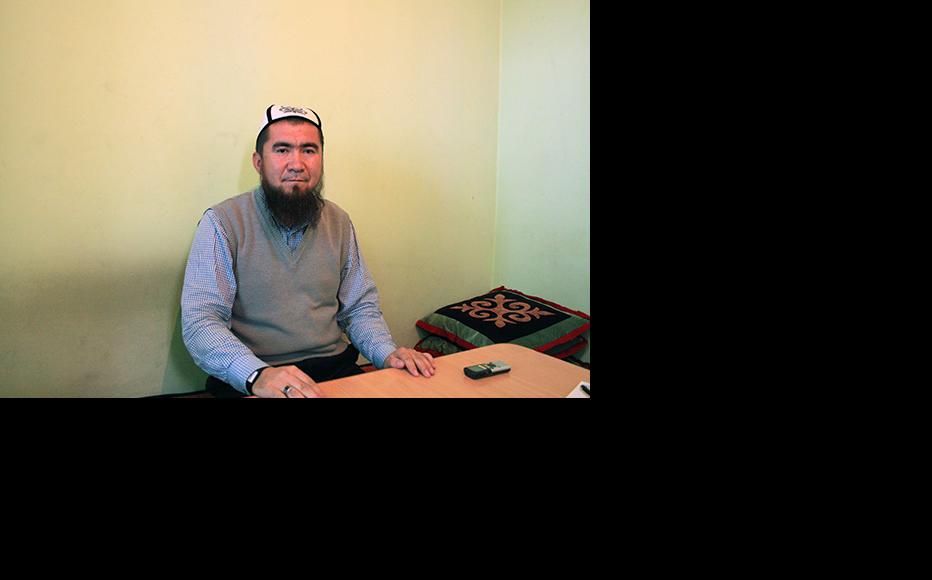 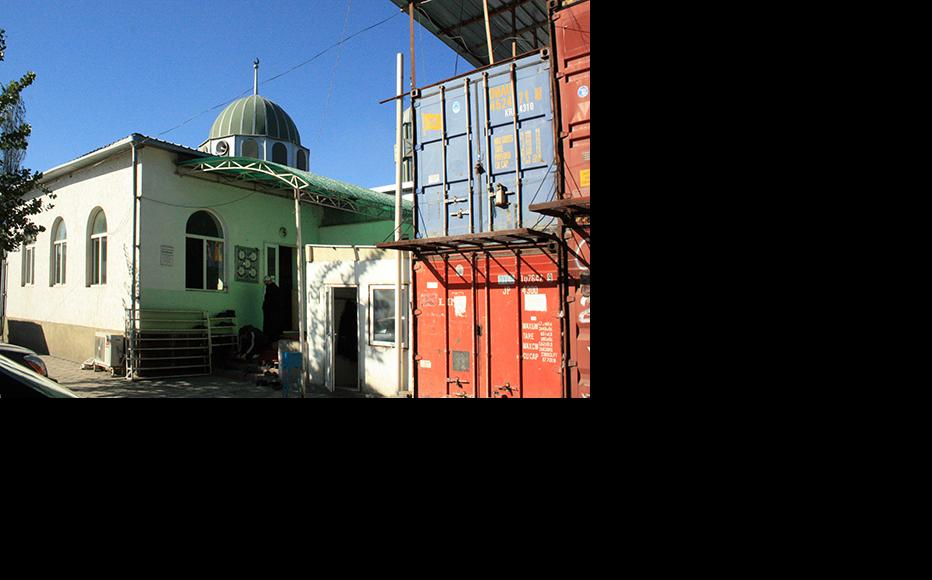 Exterior of the mosque. (Photo: Timur Toktonaliev/IWPR)
The link has been copied

A month ago, Kyrgyz imam Altynbek Shaidullaev took up his new position at a mosque on the outskirts of Bishkek.

The mosque, built seven years ago, is right next to Dordoi, a vast market that employs up to 20,000 people. Shaidullaev is extremely busy, teaching and conducting services for up to eight hours each day.

And getting the job was no easy matter, the 40-year-old told IWPR. He had to go through a series of checks and pass a certification exam set by the Spiritual Administration of Kyrgyz Muslims, also known as the muftiat.

These measures are part of new efforts to counter radicalism, seen as a growing problem in the Central Asian state. According to the National Security Committee, some 600 nationals have already left to fight in Syria and Iraq.

The muftiat exam focuses on assessing the imams’ depth of knowledge about their religion.

Shaidullaev said that the extreme views he sometimes encountered among his congregation were usually the result of ignorance.

“Ask a radical, when did he start praying, when did he get on this path? He would say, six months or one year at most. Was he able to learn Islam in six months?” Shaidullaev said. “That’s nonsense.”

“Words like ‘we will establish the caliphate or the Islamic State’ have nothing to do with reality. Anyone saying they’ll fix the country and fight corruption [that way] should first change themselves. Start with yourself,” he concluded.

Interest in religion has been growing in Kyrgyzstan ever since the collapse of the Soviet Union.

While nearly 90 per cent of Kyrgyz nationals identify as Muslim, religious practice is still a relatively new phenomenon and many ordinary citizens remain unaware of the exact difference between faith and extremism.

Experts say that this makes citizens particularly vulnerable to radicalisation.

In the last three years, Kyrgyz authorities have begun working with the Muslim clergy to combat extremist propaganda.

According to the State Committee for Religious Affairs, 19 Muslim organisations operating in the country have been banned as extremist.

So far, the imams of half the country’s 2,600 mosques have passed the muftiat exam with the rest waiting to take the exam. Those who fail are not allowed to practice.

The interior ministry also uses networks of male and female informers to observe imams as they work and report back any concerns over extremism.

“We are trying to control the main mosques, the huge ones with many thousands of visitors,” said Emil Dzheenbekov, who works for the interior ministry and used to head its anti-terrorism department.

“We cannot say that 100 per cent of imams are against radicalism,” he continued. “There are some [religious] leaders, imams that support extremist ideas of some kind. There have even been members of extremist organisations among imams.”

In November 2015, an imam was sentenced to 10 years in prison for inciting hatred and possession of banned literature.

The prosecution argued that Rashot Kamalov, imam of the Kara Suu mosque in southern Kyrgyzstan near the Uzbek border,  had preached in favour of establishing the caliphate.

Several other imams from Osh and Batken regions have also been found guilty of spreading extremist and radical ideas.

Imams must also send monthly reports to their local muftiat office, detailing their sermons and giving feedback on their congregations.

Ravshan azhy Eratov, the deputy mufti of Kyrgyzstan, said that every religious leader in the country was expected to devote half-a-dozen Friday sermons each year to explicitly preach against extremism.

“We explain what radicalism, extremism, terrorism and other dangerous ideas are,” he continued. “We also speak about tolerance… and Islam’s true ideas.”

Imams serve as community leaders and opinion-formers, especially in rural areas, meaning they have enormous potential to fight radicalisation.

But one challenge is that imams’ proficiency on social media tends to be low. This contrasts with that of potential extremist recruiters, for whom the internet is an important tool.

“The technological capacity of our imams is certainly behind that of the terrorist groups,” said Ikbalzhan Mirsayitov, an analyst working in the field of combating religious extremism in Kyrgyzstan.

There are some Kyrgyz preachers with a significant media presence.

Chubak azhy Zhalilov, 41, the former mufti of Kyrgyzstan and an imam at one of the largest mosques of Bishkek, has 24,000 followers on Facebook.

He also hosts a religious Q&A show on a national TV channel and is a major contributor to the most popular Muslim YouTube channel in Kyrgyzstan, Nasaat Media, which has 57,000 subscribers.

Zhalilov was at the centre of a controversy this June, when he clashed with parliamentarian Janar Akaev over a bill to extend lunch breaks for Muslim prayers.

The former mufti then claimed he wouldn’t pray or even shake hands with anyone who voted against the proposed legislation, including Akaev.

The bill never passed through parliament, but feelings rose so high that the president had to intervene and the Kyrgyz National Security Committee warned Zhalilov that he was inciting religious tensions.

“Communication skills… have a great impact,” said theologist Indira Arslanova Aslanova said. “It’s crucially important for an imam to able to speak compellingly and convincingly to catch people’s attention [in the mosques].”

Aslanova was part of a 2014 commission that audited the muftiat’s activities and provided recommendations to improve their effectiveness. Amongst their proposals were for members of the clergy to boost their communication skills.

“Recommendations were provided but haven’t been adopted by the muftiat,” Aslanova told IWPR.

She was also sceptical about the new exam process.

“The muftiat now takes the certification of imams more seriously [but] its efficiency remains to be seen, because the previous checks have led to nothing, they’ve been formal,” she said.

Aslanova said that she saw no correlation between a proper understanding of the principles of Islam  - which is what the imams are tested on – and their willingness to fight extremism.

Mirsayitov agreed, arguing that it would be of greater benefit to ensure imams received a decent wage.

“Imams must be well paid. It’s a major incentive for them not to look for other sources of income [apart from working at a mosque],” he said.

Imams have no set income, relying often on part-time jobs as well as private donations for carrying out services such as weddings and funerals.

“Imams have to pretty much finance themselves. Some are engaged in farming; some are in retail. Being an imam [in Kyrgyzstan] mostly means public, volunteer work,” deputy mufti Eratov said.

Underpaid imams are less motivated to get truly involved with their community, making them less likely to be able to stop potential radicalisation.

In 2014, a monthly scholarship was established in Kyrgyzstan on behalf of the president-backed Yiman Foundation under which certified imams can draw a monthly sum of 5,000 soms (72 US dollars). So far, more than 1,000 are receiving the stipend.

But Shaidullaev still believes that understanding the true nature of Islam is the best protection against radicalisation.

“Knowledge and education are the most important things. If you’re not knowledgeable, you’re nobody,” he said. “Every conversation I have with my students starts from that point.”