Landless take law into own hands, while authorities have been hesitant about confronting them.

Landless take law into own hands, while authorities have been hesitant about confronting them. 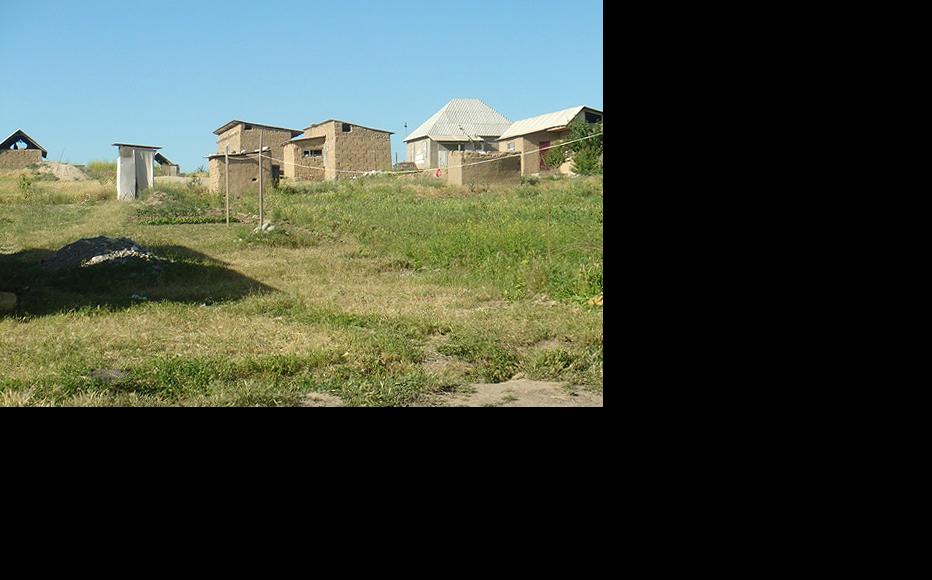 These mud-brick-built houses in Ak Jar are typical of the temporary squatter settlements that take on a permanent aspect over time. (Photo: Sabina Reingold) 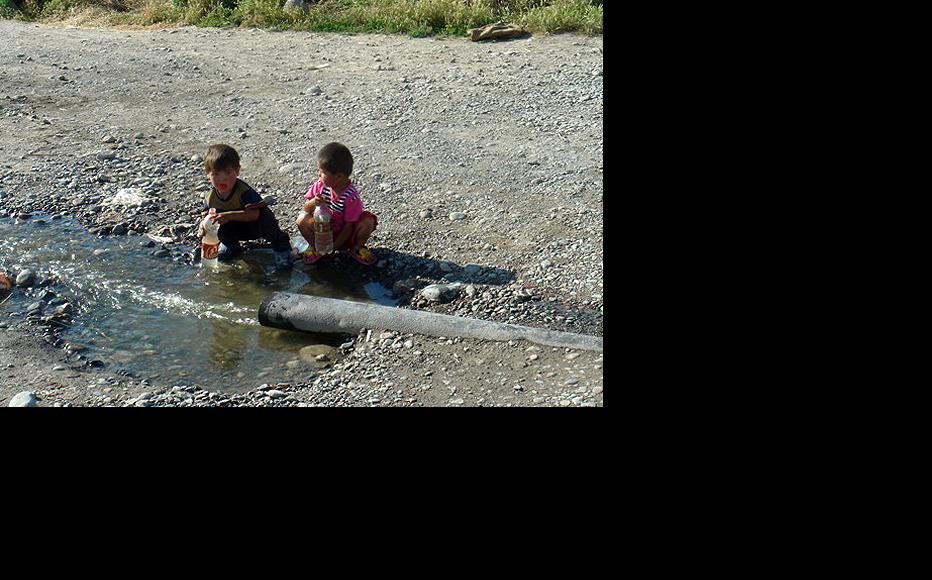 Children drinking water from an open standpipe in Ak Jar. (Photo: Sabina Reingold)
The link has been copied

The authorities in Kyrgyzstan appear to be uncertain whether to crack down on people who seize land for their own use, or encourage them to believe their demands will be met.

The most recent incident involved a group of people who took over private farmland near the southern city of Osh on November 7. Between 500 and 1,000 people moved onto the land in Kara-Suu and announced they wanted to build homes there.

The would-be squatters were eventually dispersed by police, but they did win a significant concession – Sooronbay Jeenbekov, the regional governor of Osh, agreed to set up a commission that will draw up a list of individuals in need of land, and review the options for giving them new plots.

The case raised particular concern because some of the farmland that was temporarily taken over belonged to or was rented by ethnic Uzbeks, whereas the settlers were Kyrgyz.

In June, Osh and other parts of southern Kyrgyzstan were the scene of widespread ethnic violence between the two groups. The government says over 400 people were killed, and numerous properties were looted and burned.

“It’s mostly the Uzbek-speaking community of the town and the region who work these lands,” Alisher, who lives in the area, told IWPR.

In terms of actual ownership, Alisher said he understood that some of the land that was seized belonged to local residents, some was rented out to farmers by the municipality, and other sections had no known owner.

Elmira Nogoybaeva, head of the Polis Asia think-tank in Bishkek, said such land seizures, if unchecked, could intensify ethnic divisions.

“I’m still inclined to believe this has more to do with the weakness of the hierarchy of government than it does with the ethnic issue. In this particular land-grab case, the issue wasn’t as acute as some of the media have reported,” she said. “But of course there’s a lot of ethnically-based manipulation going on in the south, so a conflict of this kind taking place there could shift from an economic to an ethnic plane.”

As Nogoybaeva pointed out, cases of land seizures have not been confined to the Kara-Suu incident.

For example, the authorities have faced challenges from longer-established squatters. On November 1, more than 100 people from Ak Jar, an illegal settlement close to the capital Bishkek, blocked a road and burnt tyres to stop traffic. They were demanding the immediate provision of mains electricity and water to their homes. The protest was broken up by police.

After a similar protest by Ak Jar residents in May, Anatoly Oleynichenko, the local government chief of Alamedin district where the village is located, promised to provide them with a mains electricity supply.

Elina Anarbek-Kyzy of Arysh, an organisation representing the interests of illegal settlers, said promises were made that the power supply would be in place by October, but the parliamentary election that month brought everything to a halt.

"Then the [district] administration said it didn’t have the funds," she said, adding that she believed only central government could now resolve matters.

Aside from utilities provision, Anarbek-Kyzy said, residents faced the more fundamental question of whether they had a right to be on the land at all.

Locals say they have received offers to buy from purported representatives of the owner, but were unable to take it further after they asked for the sale to be documented.

Oleynichenko confirmed that the land was private but said local prosecutors had now taken legal action against the owners, on the grounds that the privatisation process was carried out illegally.

If the state wins the case, the land will revert to the district government, but Oleynichenko said that would only be a first step – officials would need to rule on whether the land was suitable and safe for building homes on. In some case, where houses were built close to a gas pipeline, the answer would almost certainly be no.

About 30 minutes drive from Bishkek, Ak Jar consists of some 3,000 poorly constructed one-storey clay houses, home to at least 5,000 people. In many homes, the windows are made of plastic sheeting. An IWPR contributor who visited Ak Jar saw children drinking from bottles they had filled with water from an open pipe on the ground.

It is only one of many settlements that have sprung up around urban centres, especially the capital, since migrants started moving there from impoverished rural areas after the collapse of the Soviet Union in 1991.

Like many others, Ak Jar appeared at a time of political turbulence which people exploited to stake out some land for themselves – in this case, after the 2005 “Tulip Revolution” in which long-term president Askar Akaev was ousted.

As rights activist Yelena Voronina explained, townships that appeared in the early Nineties were eventually granted legal status so their residents enjoy the same services as everyone else, but more recent ones like Ak Jar are still in limbo.

Anarbek-Kyzy said the lack of legal residence rights deprived people of a wide range of opportunities, not only utilities provision but also the ability to register for health services, get their children into local schools, and apply for jobs since they have no proof of residence.

"Because we don’t have a residence permit, none of the hospitals will accept us," he said, adding that his wife had to give birth at home as a result. The two youngest of his eight children do not even have birth certificates.

His eldest son Askhat has not been to school for six years since the family was living in their original home in Naryn region. Aged 16, he now works on a building site.

The fact that earlier waves of squatters were granted residence rights encourages more recent ones to believe that if they protest enough, they too will be “legalised”. The April unrest which led to the departure of President Kurmanbek Bakiev and his replacement by an interim administration once again led to a wave of land seizures and associated protests which the authorities struggled to curb.

Some experts argue that the government needs to show more resolve in confronting squatters, as failure to do so to date has merely encouraged more illegal action.

"When land is seized, it is tolerated. People settle down there, and the authorities then have no option but to legalise their presence,"Almaz Esengeldiev, a lawyer who sits on the Council of Human Rights Defenders, a consultative group that advises the ombudsman’s office, said.

"Now that less and less common land remains, what’s left to seize except private land?" Esengaliev, said, citing the recent land grab in Osh region as an example of this. In that case, he said, the eviction that was carried out was exactly the response that was needed.

Esengeldiev said a tough stance on new illegal settlements should be applied consistently, with central and local government taking the same line.

He said that the interim administration had so many problems to deal with, including the mass ethnic violence in June, that it was reluctant to take on the squatters. Since the October election, the parties that got into parliament have been engaged in coalition talks to form a new government.

"Unless the seizure of personal property – which is a crime – is confronted, it will continue happening," he said. “The state must not be afraid to say now – all the more so since it’s gathering strength; there’s a president and a parliament…. If that doesn’t happen, if state institutions act without coordination, it will lead to more chaos.”

Nogoybaeva said the central authorities were particularly weak in southern Kyrgyzstan. This created a “sense of instability” which could encourage people to engage in protests.

“What needs to be done in Kyrgyzstan now is to establish a legitimate state network and pursue an appointments policy that matches it. The central authorities must regain [control of] the regions, the south in particular,” she said.