Krstic Not Guilty Of Contempt

Former army officer had refused to give evidence in Karadzic trial.

Krstic Not Guilty Of Contempt

Former army officer had refused to give evidence in Karadzic trial. 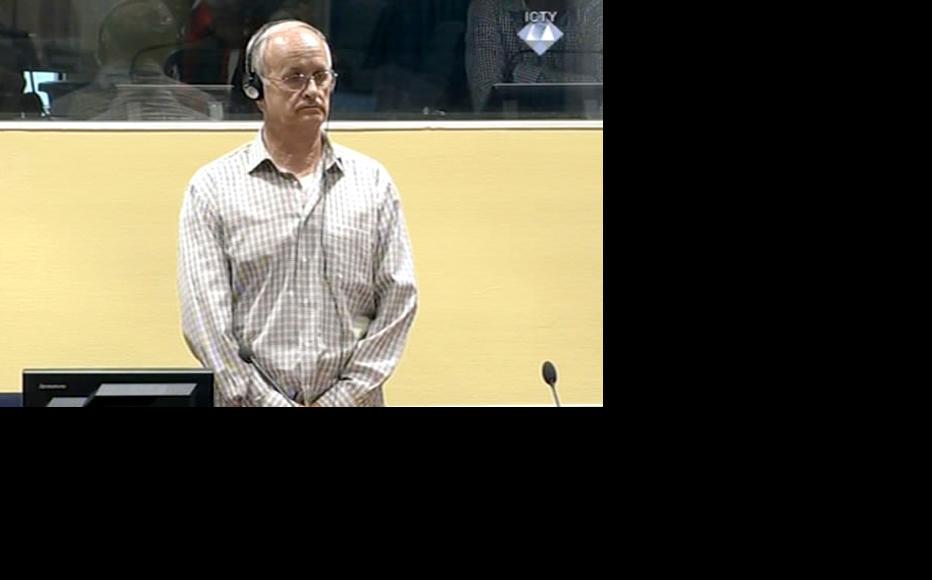 Radislav Krstic in the ICTY courtroom. (Photo: ICTY)
The link has been copied

Judges ruled this week that a convicted Bosnian Serb army officer was not guilty of contempt for refusing to testify in the trial of his wartime superior Radovan Karadzic.

Radislav Krstic, the former chief-of-staff of the Drina Corps of the Bosnian Serb army, is currently serving a 35-year prison sentence for aiding and abetting genocide, murder, extermination and persecutions in relation to the 1995 Srebrenica massacre, during which more than 7,000 Bosniak men and boys were killed by Bosnian Serb forces.

Last October, judges agreed to issue a subpoena ordering Krstic to testify in Karadzic’s trial after he refused to appear voluntarily. In the subpoena request, Karadzic said that Krstic “is expected to testify that he never informed Dr Karadzic that prisoners from Srebrenica would be, were being, or had been executed”.

Krstic’s testimony was thus “directly relevant” to the Srebrenica genocide charge in the indictment, Karadzic contended.

In February, Krstic’s lawyers argued that their client was suffering from post-traumatic stress disorder and asked for the subpoena to be stayed until a medical review was completed. Eventually the judges agreed to that request, and a medical report was submitted to the bench on March 8. However, the judges found that there were “no medical reasons that would amount to good cause for the witness not to comply with the subpoena”.

Krstic was ordered to appear in court in the Karadzic trial on March 25, but once seated in the witness box, he again refused to testify. He pleaded not guilty to contempt charges on April 4, and the one-day trial was held on May 28.

In the heavily redacted July 18 judgement, the bench found that “it is not disputed that [Krstic] has persistently refused to testify before the Karadzic chamber”.

“[Krstic] has consistently contended however that he was refusing to testify because he was suffering from PTSD and if he were to testify there would be a high likelihood that his health would be jeopardised and it could deteriorate to such an extent that it would be difficult to treat,” the judgement states.

It also notes that during the trial, the defence called a psychological expert whose evidence demonstrated “that since the accused has received the subpoena requiring him to testify in the Karadzic case, his mental state has deteriorated”.

In his dissenting opinion, Judge Kwon said that the report submitted by the defence’s psychological expert did not add “substantially new information” to the medical report already in the bench’s possession. He said that “further independent expert evidence would have been necessary” before reaching the conclusion that Krstic’s condition was so severe that he could not testify.

“Finally, I observe that many victims who suffer from PTSD are called to testify as witnesses before the tribunal and are expected to re-live their experiences in order for their stories to be tested and the truth to be determined,” Judge Kwon wrote. “With that in mind the chamber should be cautious and carefully assess whether the potential impact of testing on a witness’s health is so serious that it would constitute a reasonable excuse which would preclude that witness from testifying.”