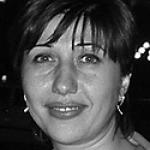 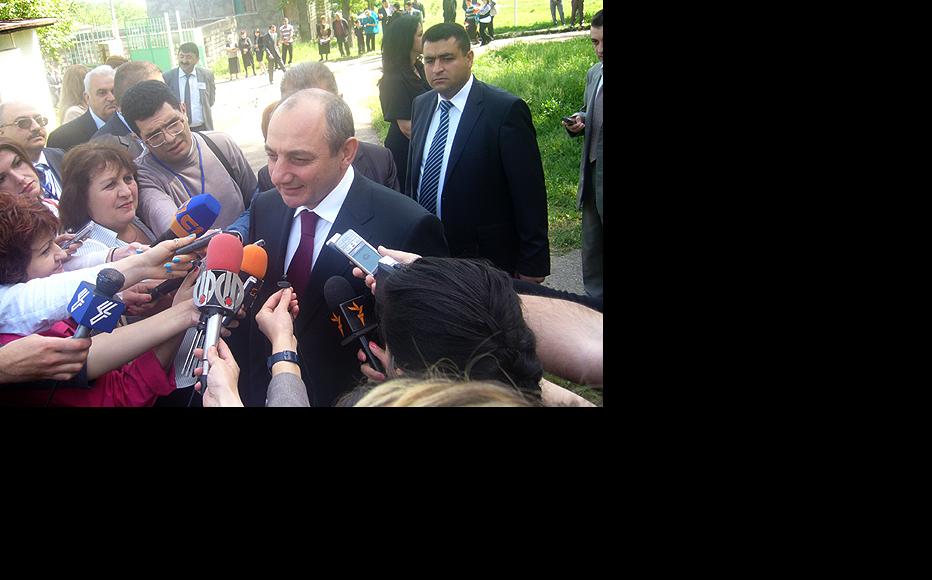 Bako Sahakyan, president of Nagorny Karabakh, hopes an international court ruling on Kosovo will set a precedent for south Caucasian aspirations for independence. (Photo: Anahit Danielyan)
The link has been copied

Politicians in the South Caucasus were stunned by a ruling by the International Court of Justice, ICJ, that Kosovo’s declaration of independence was legal, with one observer saying it opened a Pandora’s box for the troubled region.

The South Caucasus, according to most maps, consists of just three countries. But there are in addition three self-declared states – all of them largely or entirely unrecognised by outside powers.

The ruling delighted the governments of Abkhazia and South Ossetia, which claim independence from Georgia, and that of Nagorny Karabakh, the Armenian-controlled territory which according to international law is still part of Azerbaijan.

Like Serbia, which insists that Kosovo legally remains part of its territory, Georgia and Azerbaijan were far from pleased.

“I would not say the principle of territorial integrity retreats into second place following the decision by the Hague, but it’s a fact that the decision has opened a Pandora’s box,” Rasim Musabekov, an influential political analyst and columnist in Azerbaijan, said. “Now separatists of all kinds will leech off this decision.”

However, the reaction in Karabakh, which broke free of Baku’s rule in a bloody post-Soviet war, more than confirmed Musabekov’s concerns.

“This decision is of the utmost legal, political and moral significance, as well as serving as a precedent,” a statement from Karabakh’s foreign ministry said. “It cannot be limited only to Kosovo.”

Bako Sahakyan, president of the republic, confirmed this belief that the precedent should apply to Karabakh, saying, “We will continue our efforts to obtain international recognition of the Nagorny Karabakh Republic, but now in a new political situation, and there will be new developments in our lives.”

The situation in Abkhazia and South Ossetia. Separatist forces in the two entities defeated Georgian troops in the early post-Soviet years and declared independence. Their aspirations to sovereignty were largely ignored until 2008, when Russia intervened to block a Georgian attempt to regain control of South Ossetia, and then surprised the world by recognising both as independent states.

Now the governments of the two republics are hoping the ICJ ruling will prompt more countries to recognise them.

Abkhazian prime minister Sergei Shamba concedes, however, that the precedent might not be accepted internationally.

“In view of the double-standard policies pursued in the West, if Abkhazia appealed to The Hague, I couldn’t be certain that a similar decision would be reached,” he said. “And this is despite the fact that we have no fewer – if not more, in fact – historical, legal and moral grounds and arguments in favour of recognition.”

The ICJ’s decision will now go to the UN General Assembly for discussion. Politicians in South Ossetia hope their own claims to independence will be raised in the same forum.

“Although the international court’s decision is only consultative in nature, it has created a relevant precedent in international law,” deputy foreign minister Kazbulat Tskhovrebov told the South Ossetian state news agency Res.

“In my opinion, such a decision can be seen as indirect recognition of Kosovo’s independence, and will prompt other countries to recognise it. I would like to hope that the declarations of independence by South Ossetia and Abkhazia will also be examined within the walls of the United Nations, and that we too will have a chance to show that South Ossetia’s declaration of independence does not violate the standards of international law.”

In Tbilisi, politicians ruled this prospect out completely, saying the situation in Kosovo and in their own breakaway territories had nothing in common. They insisted that the hundreds of thousands of Georgians expelled from Abkhazia and South Ossetia must be given the right to go home before the disputes could be resolved.

According to Akaki Minashvili, chairman of the Georgian parliament’s foreign relations committee, “These are diametrically opposed situations. In Kosovo, the international community intervened to stop ethnic cleansing committed by the Milosevic regime against the Albanians. In our case, the Russian Federation and occupying armed forces committed ethnic cleansing against the Georgians.”

Minashvili noted that the ICJ ruling said that when the UN Security Council had condemned other declarations of independence in the past, it was because they resulted from the unlawful use of armed force or other grave violations of international law.

“Russia recognised the independence of Abkhazia and South Ossetia so as to legitimise ethnic cleansing and the alteration of borders,” he said.

If Caucasian leaders took clear stances on the ICJ ruling – hailing it as a precedent or denying its relevance to them, according to which side they were on – Moscow appeared to be placed in a difficult situation.

On the one hand, Russia has generally upheld the principle of territorial integrity, citing this as justification both for its own wars in Chechnya and also for backing its ally Serbia’s claims on Kosovo. On the other, it has recognised the right of Abkhazia and South Ossetia to secede from Georgia.

A carefully-worded statement from the Russian foreign ministry avoided mentioning Abkhazia and South Ossetia, saying only that “our position on the recognition of Kosovo remains unchanged”.

The statement argued that the ICJ ruling covered only the legality of Kosovo’s declaration of independence, and that it “stated specifically that it did not consider the wider question of the right of Kosovo to separate from Serbia unilaterally”.

In the circumstances, perhaps the most realistic assessment of the significance of the ICJ ruling came from Alfred Grigoryan, a 68-year-old taxi driver in Stepanakert, the capital of Nagorny Karabakh. He expressed a clear-eyed recognition of the differences between the South Caucasus and the Balkans.

“If we were located in Europe, then they’d recognise us as well,” he said. “But as things are, we are the only ones interested in our conflict, and we must fight for international recognition of our independence, just as we fought for independence itself.”

Karine Ohanyan is a freelancer in Stepanakert, Shahin Rzayev is IWPR country director in Azerbaijan and Nino Kharadze is a reporter for Radio Liberty in Tbilisi.