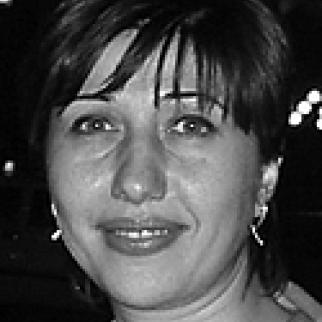 Stepanakert, where I was born on November 19, 1972, is a small town in the South Caucasus with many trees, clear air, and a highly relaxed pace of life. No one hurries. It has none of the pressure of a big city.

This small town gave me my education as a journalist. After a peaceful childhood that included membership of the Pioneers, the communist youth movement, then university, I was a keen participant in the mass protests of the Armenians of Stepanakert. We and fellow Armenians all across Nagorny Karabakh wanted our region detached from Azerbaijan and joined to Armenia.

In a few years I went from being a protester to a survivor. I lived through the Karabakh war, which ended in 1994, sometimes huddled in basements without power, food or heat, waiting to see if the next bomb would hit our building or a different one. I wrote my first article under the headline “When the war ends, there will be no peace”, but I was wrong. Peace came, and it brought with it the same calm and rhythm we had always known.

Many fellow journalists from other countries who come to Karabakh are amazed. “It is full of subjects to write about. Everyone you meet could be an article or a film,” said one visitor recently. It would be impossible for me not to be a journalist in such an environment.

In my career, I have worked in a news agency, in television, in radio and for newspapers. I have learned from all of them, from my older colleagues, and from my interview subjects, as well as from the international media.

I have undergone IWPR training several times, and IWPR introduced me to the western style of journalism, which is very different from that of the old Soviet school. IWPR also introduced me to many other journalists from different countries, of different races and religions, and to the world outside Stepanakert.

I have written lots of stories for IWPR since 2004, usually related in some way to the status of our territory as an enclave of Armenian people in Azerbaijan.

Among my recent subjects has been reaction (Karabakh Eyes Armenia-Turkey Thaw With Suspicion) from people here to the thawing of relations between Turkey and Armenia.

I have learned from life. Each experience is piled up like bricks: my Soviet childhood; my chaotic youth; the terrible war and the new system of values that followed it; all my journalistic mistakes and the experience I’ve gained.

There are lots of these bricks and sometimes one lands on your head.

Being a journalist means continuing to be amazed by what is happening around you, and wanting to tell the world about it. It is a process that continues. When I cease to be curious about the world around me, then maybe it is time to find a new job but I am not there yet. 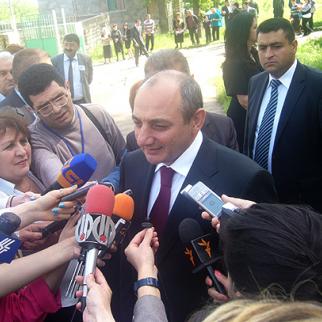