Farmers hold off planting because of electoral violence concerns.

Farmers hold off planting because of electoral violence concerns. 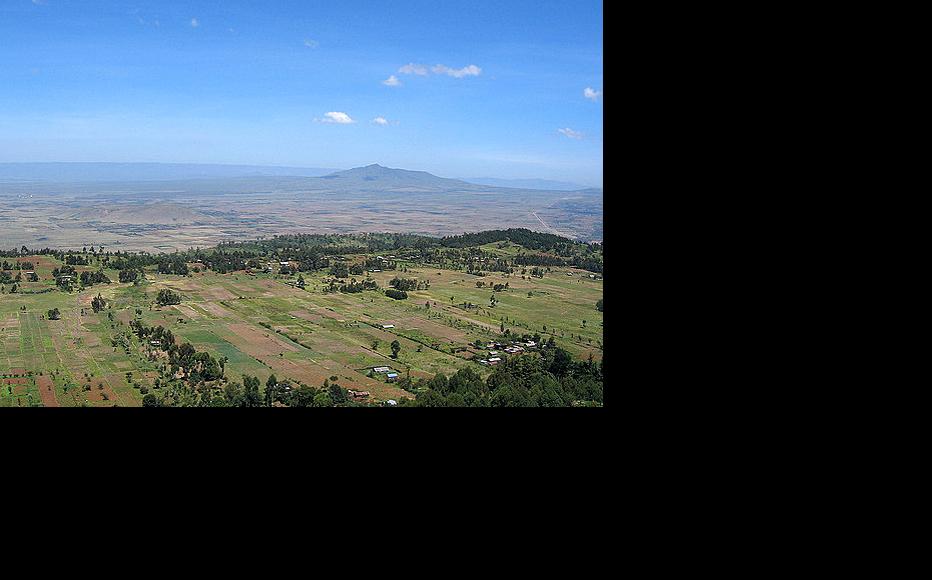 Rift Valley farmers are choosing not to plant their maize crop in the coming weeks. (Photo: Bernt Rostad/Flickr)
The link has been copied

As Kenyans prepare to go to the polls on March 4, experts are warning of possible food shortages because many farmers are not planting crops for fear of election violence.

Farmers in the country’s grain basket, Rift Valley Province, are scaling down their planting because they do not want to lose out if there is violence similar to that which followed the December 2007 presidential election. More than 1,100 people were killed and hundreds of thousands uprooted from their homes in the months that followed.

Farmers from the Rift Valley were particularly badly affected. Many had their crops plundered, while others were forced to abandon their farms and seek refuge in displacement camps.

Maize, a staple crop planted between February and April, looks likely to be worst affected. Wheat is not sown until May, so that harvest is less at risk as the elections will be over by then.

Samson Koech, an agricultural and land economist in the Rift Valley town of Eldoret, warns that if farmers refrain from planting over the next few months, Kenya could find itself with a food crisis later in the year.

“More than 80 per cent of food consumption in Kenya is grown by smallholder farmers who depend on agriculture as their main source of income for their livelihoods, and the decision by some of them not to plant the crop [this] year will result in nutrition insecurity among most families,” Koech said.

James Maina is a father of four who owns 40 acres of land in the Rift Valley county of Uasin Gishu. He is among those who lost their harvest after grain stores were razed to the ground in the 2007-08 unrest.

“I do not want to experience the same losses as [I did] in the last general election when my store was burnt down,” said Maina, who grows maize on ten acres and uses the remaining land for wheat, vegetables and four dairy cows.

“Insecurity due to the unfolding political scenarios in the region will impact negatively on my farming activities and income generation in general.”

Maina says deep-running tensions between different ethnic communities, particularly over land ownership, could spark violence in the region at any time.

“It will amount to a waste of money and resources to invest in the cultivation of crops, when meaningful reconciliation efforts have not taken root to resolve underlying causes of violence, especially land,” he said.

As the election date approaches, some farmers in the Rift Valley have been rushing to sell off maize and wheat stored from last season.

Maina plans to sell his maize and wheat stocks as well as his cows, and relocate to a nearby town in order to avoid the risk of attack.

Kenya has experience a number of violent incidents in recent weeks and months.

In August last year, fighting between members of the Orma and Pokomo ethnic groups in the Tana Delta in the east of Kenya left over 100 people dead. Further violence erupted in the same area this January.

Violent protests took place in the western region of Kisumu county on January 20 following allegations of fraud during the party nominations process.

The Rift Valley is Kenya’s largest province, covering about 180,000 square kilometres. The agriculture ministry says this one region grows two-thirds of the maize and three-quarters of the wheat consumed in the country.

Agricultural and economic experts fear for the worst if Rift Valley farmers opt out of planting.

Dr Martin Yego, an agriculture expert based in Eldoret, said election security fears presented a real threat to food security, particularly since some of the farmers displaced after the last election have yet to return to their farms.

“The country stands to experience a food deficit [if] some of the farmers do not plant their crops, taking into account that the country experienced low maize production this year,” explained Yego.

Crop yields have already been badly affected by the dividing up of land in the Rift Valley. After the 2007-08 violence, many farmers, particularly those near urban areas, turned their land into commercial and residential plots in order to lease them out while they sought new farmlands in areas they considered safer.

According to Mr Lang’at, an agricultural economist in Eldoret, this has resulted in declining production since those farmers no longer farm on a commercial scale.

Maize production in 2012 stood at 1.5 million tons last year, down from 1.8 million tons in 2011 and over two million the year before.

According to a report by the Early Warning Systems Network, a United Nations food monitoring agency, the country will face high maize prices unless urgent measures are put in place. The network says Kenya needs to import up to 90,000 tonnes of maize this year to stabilise rising food prices.

“The exact number of farmers who will not plant their crops next season owing to insecurity fears remains unknown,” Lang’at told IWPR. “However the cost of cereals is expected to skyrocket unless farmers are motivated to plant short-term crops such as potatoes, cassava and beans, among others.”

Susan Njeri owns a farm in Eldoret, and believes that planting this year is not worth the risk. She fears a resurgence in longstanding disputes over land ownership, which often turn nasty at election time.

Instead, she has opted to lease out her ten-acre plot of land and use the proceeds to buy food for her family.

“I will be better off leasing the farm and using the money to settle other financial obligations, including the servicing of loans, than experience losses as in the last general election when the crops were destroyed in the farm,” Njeri said.

In 2006, Njeri secured a loan of two million Kenyan shillings, worth 23,000 US dollars in today’s money, from the Agricultural Finance Corporation to improve crop production and generate more income.

Low rental prices for farmland in the Rift Valley have made it difficult for her to lease out her land and repay her loan.

A poor harvest would affect the Kenyan economy as a whole, which also suffered badly from the chaos after the 2007 election.

“Markets and the general economic growth of the country are expected to tighten,” Koech predicted. “Food prices could drastically rise beyond the reach of most households.”

Barnabas Bii is a reporter for the Daily Nation Newspaper in Eldoret.

This article was produced as part of a media development programme by IWPR and Wayamo Communication Foundation in partnership with The Nation.