Kazakstan Trial Seen as Too Flawed to be Fair

Prosecutors accuse three defendants of plotting against state, though little solid evidence has been presented.

Kazakstan Trial Seen as Too Flawed to be Fair

Prosecutors accuse three defendants of plotting against state, though little solid evidence has been presented. 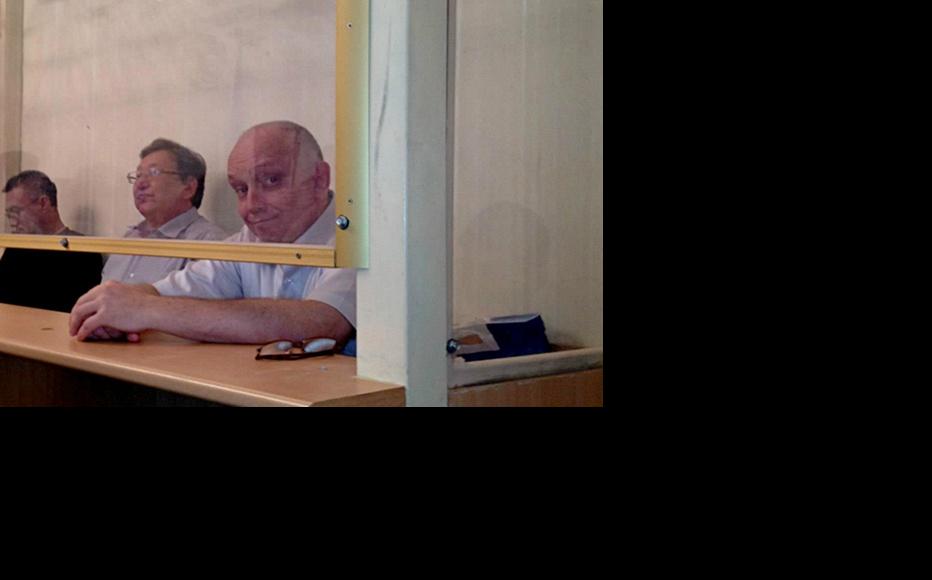 Akjanat Aminov, Serik Sapargali and Vladimir Kozlov (left to right) in court. (Photo: Facebook group in support of Kozlov and others) 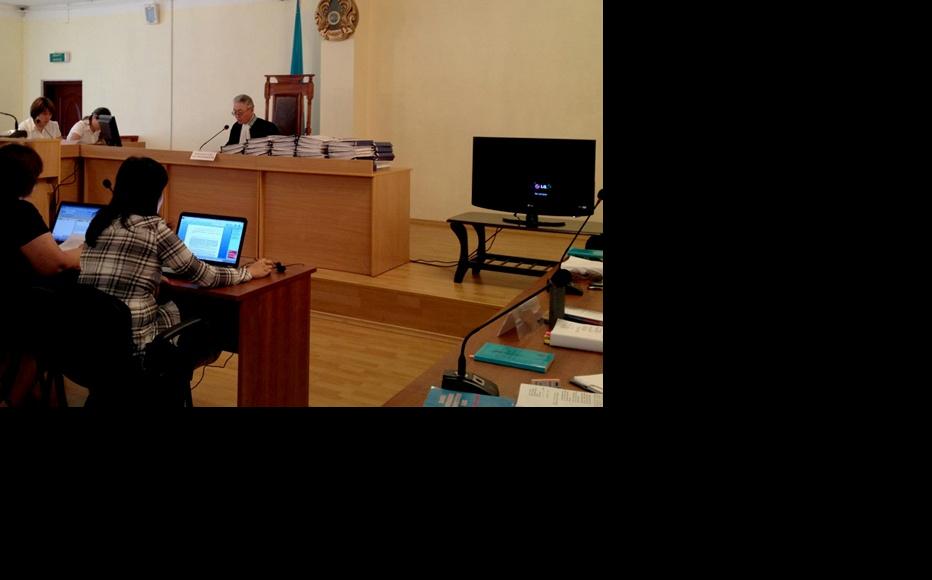 Courtroom in Aktau where Vladimir Kozlov, Serik Sapargali and Akjanat Aminov are on trial. (Photo: Facebook group in support of Kozlov and others)
The link has been copied

The legal case against three leading opposition figures in Kazakstan is so full of holes that it recalls the Soviet show trials held under Joseph Stalin, supporters of the defendants say.

Court observers argue that the trial of Vladmir Kozlov, Serik Sapargali and Akjanat Aminov, which began in the western city of Aktau on August 16 and resumed with the start of testimony on August 27 after a five-day break, has been riddled with breaches of basic procedure, prejudicing the defendants’ rights.

The rhetoric employed by the prosecution and its witness is heavy on propaganda and light on facts, they say.

Kozlov is head of the opposition party Alga, Sapargali an activist with Khalyk Maidany, an opposition coalition set up to support striking oil workers in western Kazakstan last year, Aminov, a trade union leader who took part in the strike.

The charges relate to an industrial dispute in the oil industry that lasted several months, and events in December, when police opened fire on demonstrators, killing 17 people, most of them in the town of Janaozen.

Kozlov and Aminov face three charges of inciting social strife, calling for the forcible overthrow of the government, and setting up a criminal group, which carry sentences of 12, seven and 12 years, respectively. Sapargali faces only the first two charges.

Kozlov entered a not guilty plea, Sapargali admitted partial responsibility but not guilt, while Aminov pleaded guilty, a move seen by some observers as an attempt to get a more lenient sentence.

Rights activists monitoring the trial list numerous procedural flaws, in particular the failure to give defendants enough time to familiarise themselves with the lengthy indictment and prepare a proper defence.

They note that the prosecution took only one day to sign off on an indictment covering more than 1,000 pages, suggesting that it merely skimmed over case documentation that took several months to compile.

During proceeding, the judge rejected a number of applications from defendants and their lawyers, without offering an explanation. For instance, Kozlov’s defence entered a complaint that the indictment he was given to read differed from the document that prosecutors read out in court. The application was rejected.

Leading human rights activist Yevgeny Zhovtis, says Kozlov was given just one day to read the indictment, when Kazakstan law requires a minimum of three days. He argues that the trial judge acted unlawfully by denying Kozlov’s application for a postponement to give him more time to review the charges against him.

Furthermore, Kozlov was denied access to adequate interpretation from Kazak into his native Russian – which is accepted as an official language for court proceedings – placing him at a significant disadvantage. Language was a problem during trial proceedings, as statements by the judge and prosecutors and responses by the defendants were mistranslated, according to defence lawyers and observers.

The case and the way it has been handled has raised concerns in the international community.

The New York-based watchdog Human Rights Watch called on the authorities to ensure that the trial met international standards, and raised concerns about the conduct of the investigation and the use of charges that were either unexplained or poorly-defined like “inciting social discord”. Its Central Asia researcher, Mihra Rittmann, said that anything short of a “scrupulously fair trial” would heighten fears that “the case against these men is arbitrary and politically motivated”.

She also called for the defence to be allowed to challenge evidence and cross-examine witnesses, and for proceedings to be conducted in a language that all defendants can understand.

The top United States diplomat in charge of relations with Central Asia, Robert Blake, said Washington would be closely following the case.

Speaking during a visit to Kazakstan on August 15, Assistant Secretary of State Blake expressed hope that the trial would be fair, impartial and open.

Kozlov’s party, Alga, has denounced the trial as a deliberate attempt to destroy political opposition as a force in Kazakstan.

Alga features heavily in the prosecution case, presented as a front for subversive actions by associates of exiled banker and politician Mukhtar Ablyazov designed to bring down the administration of President Nursultan Nazarbaev. Prosecutors claim the defendants tried to turn the oil workers’ industrial dispute into an anti-government protest movement.

Observers say the tone adopted by prosecutors is reminiscent of Stalin’s show-trials, with the opposition described as “destructive” and a “threat to national security”, and forming an “organised criminal group” that conspired with “foreign puppet-masters”.

Bulat Abilov, co-chairman of the opposition OSDP Azat party, said that sitting in court while the indictment was being read out reminded him of 1937, the worst year of Stalin’s purges.

“Constantly repeating ‘criminal group’ and ‘overthrowing the government’ doesn’t mean you will be able to make people believe that,” he added.

Zhovtis, too, told IWPR that he doubted the official line, which lays the blame for the December 2011 bloodshed on the opposition, would win widespread acceptance.

These proceedings are the last in a cycle of trials that came out of the Janaozen violence.

Thirteen local people accused of inciting the unrest were sentenced on June 4, receiving prison terms of between three and seven years. The other 24 individuals accused in this mass trial were released – some were found not guilty, and the rest were convicted and either released under amnesty or given suspended sentences.

At a separate trial involving residents of Shetpe, a village close to Janaozen where one person died in smaller-scale violence in December, 11 men were convicted in May. Four were sent to prison for between four and seven years, and the rest were released under amnesty or given suspended sentences.

The current proceedings, in which the prosecution is attempting to portray the strike and the ensuing violence as a foreign plot, is expected to conclude by the end of the month, so as not to overshadow Constitution Day on August 30th.

The only trial involving police implicated in the shootings ended in late May with five officers sentenced to between five and seven years for overstepping their authority. Another officer was given five years for detaining people illegally in Janaozen.

Andrei Grishin is a staff member at the Kazakstan International Bureau of Human Rights and Rule of Law.