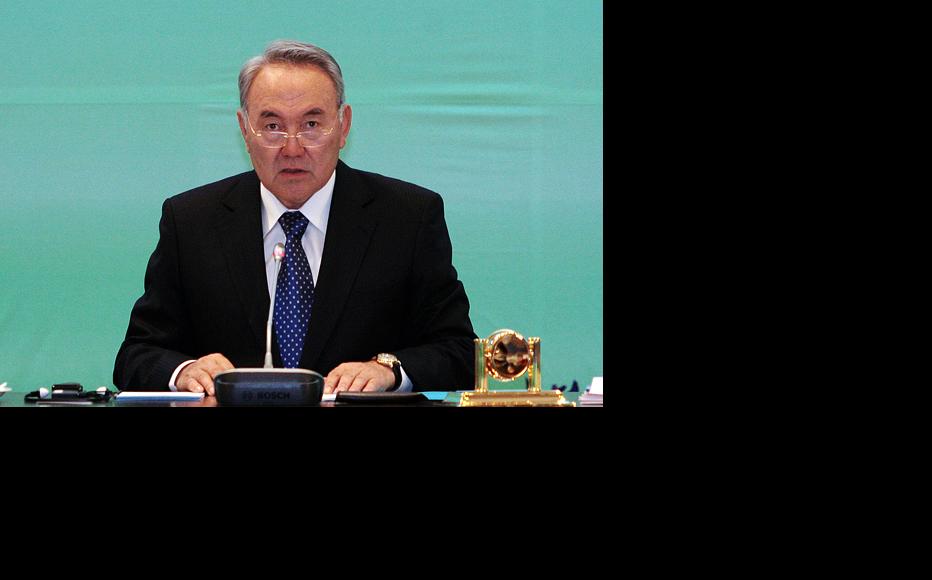 President Nursultan Nazarbaev’s Nur Otan party is no longer alone in Kazakstan's parliament, as the January 15 election brought in two other parties, Ak Jol and the People’s Communist Party. But Nur Otan’s victory was still overwhelming at 81 per cent of the vote, and neither of the newcomers is going to ruffle feathers.

Preliminary results give Ak Jol and the People’s Communist Party 7.5 and 7.2 per cent of the vote, respectively, enough to get them a few seats in the Majilis or lower house. The authorities have hailed their success as a step towards political pluralism.

The only opposition group able to stand for election, the National Social Democratic Party, also known as OSDP-Azat, did not make it past the threshold, gaining only 1.6 per cent of the votes cast.

Other opposition groups were out of the running. The environmental party Rukhaniat was eliminated from the race on a technicality; the opposition Communist Party of Kazakstan (not to be confused with the party that won seats) is under a temporary suspension order, and the opposition Alga was barred even from registering as a legal party.

In their post-election assessment, monitors from the Organisation for Security and Cooperation in Europe, OSCE, said the Kazak authorities “did not provide the necessary conditions for the conduct of genuinely pluralistic elections”.

Several political parties were prevented from standing; there restrictions on candidate eligibility were excessive, public debate was limited, and the media operated in an environment characterised by self-censorship, the OSCE statement said.

The head of the OSCE observer mission, João Soares, said if Kazakstan had been serious about getting more parties into parliament, it “should have allowed more genuine opposition parties to participate in this election”.

IWPR asked Almaty-based political analyst Talgat Ismagambetov to comment on whether the authorities had to engage more state resources in order to secure the desired outcome because of unrest in the west of Kazakstan last month. On December 16, police opened fire on demonstrators in the oil town of Janaozen, leaving 16 people dead.

Talgat Ismagambetov: I don’t think the deployment of [state] administrative resources played a key role in how people cast their vote, for the following reasons.

OSDP-Azat has largely failed to be become a real alternative to Nur Otan. Its co-chairman, Jarmakhan Tuyakbay…, was stumbling and lacked confidence.

It was anticipated that Rukhaniat might offer an alternative to the president’s forces, with its environmental platform. Where the greens stood out from the rest was their strong disagreement with the processes of integration [with other former Soviet republics], namely the Customs Union [with Russia and Belarus] and the idea of a common economic area. But Rukhaniat didn’t offer voters a clear programme of economic development, and hence failed in this basic requirement.

Very few parties were able put up a good performance, so people voted for the usual suspects, just to avoid things getting worse.

The electorate voted for Ak Jol based on an out-of-dated recollection of the party in 2002-04, when it was regarded as democratic and wasn’t loyal to authorities, as it is now.

As for the communists [the People’s Communist Party], they had a very well-thought out election campaign. They knew their electorate and their local powerbases well and their messages were put together properly. [Party leader] Vladislav Kosarev got through the [January 12 TV] debates, and performed fairly well.

IWPR: Some analysts have suggested that aside from political pluralism, another reason for letting Ak Jol into parliament is that it might serve as a vehicle for Timur Kulibaev, the president’s son-in-law and possible successor, when the time comes.

Ismagambetov: That’s unlikely. The authorities have already had a negative experience with Asar party [led by the president’s daughter Dariga Nazarbaeva, and since dissolved].

IWPR: What’s the point of having Ak Jol, then?

Ismagambetov: Initially, the idea was just to have another party in parliament…. They considered several parties for this role.

Why Ak Jol? Because it still had residual support from the kind of party it was in 2002-04, and because a change of leadership had made it loyal to the political establishment.

IWPR: Why did the People’s Communist Party get into parliament?

Ismagambetov: As strange as it may seem, the communists have managed to win substantial electoral support, in relative terms. Their slogans focused on social justice, which is very appealing these days. Social justice encompasses not only pensioners but also industrial disputes, selection to public-sector jobs, and economic and legal issues.

For instance, there are the small investors who put their saving into property during the boom years, professionals unable to move ahead because they are outside of the system of clan and other forms of patronage, while less talented colleagues clamber up the career ladder thanks to their contacts.

Suicide bombings in western Kazakstan and in Taraz [in 2010] have shown the authorities that when freedoms are restricted, calls for justice can be appropriated by other forces like the Islamists. It was therefore decided that it was preferable for the communists to fulfil this role

IWPR: What can we expect of the new parliament?

Ismagambetov: So far we know only the names of the parties, and we’ve yet to find out the exact number of seats they will get. We don't know which party members will enter parliament. And will Ak Jol and communist members find there’s anything they can do there?

On the one hand, there are higher expectations of this parliament than of its predecessor, which wasn’t very effective. The new members will have to shake things up move them along, and come out with new initiatives. But on the other hand, when a legislature has no powers of oversight [over the executive], that restricts what it can do. Will they find the golden mean whereby, despite these obstacles, they will be able to influence things?

In addition, I believe the future of the Majilis, and its reputation and authority, will be also influenced by any changes that take place in Russia, which is at currently at a crossroads. Is it to be all talk, or real change?