Kazakstan: Hipsters of the Steppe

Young creatives are pursuing a niche look, accessorised with iPhones and fuelled by chai lattes.

Kazakstan: Hipsters of the Steppe

Young creatives are pursuing a niche look, accessorised with iPhones and fuelled by chai lattes. 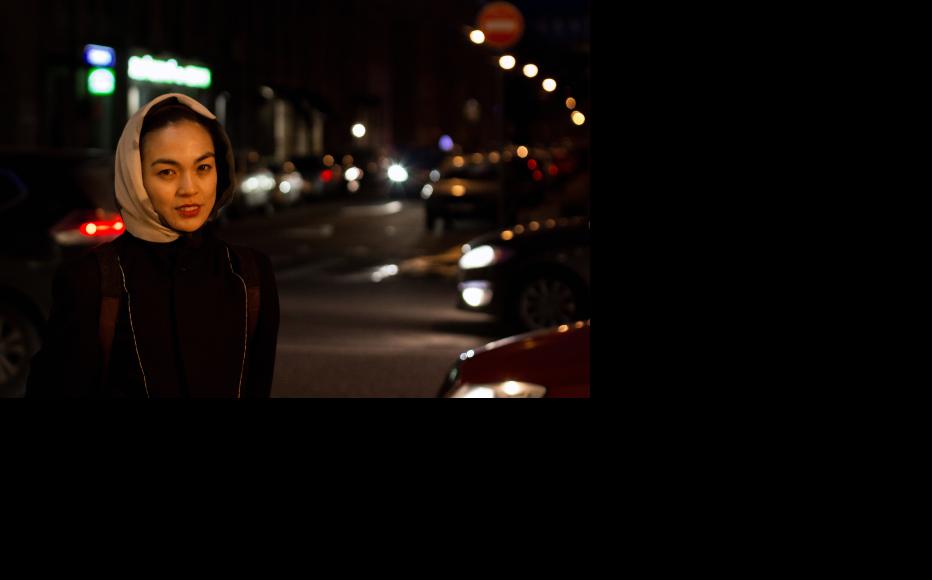 Actress Saltanat Nauruz doesn't call herself a hipster but likes some elements of their culture. (Photo by Bahtiyar Badenov) 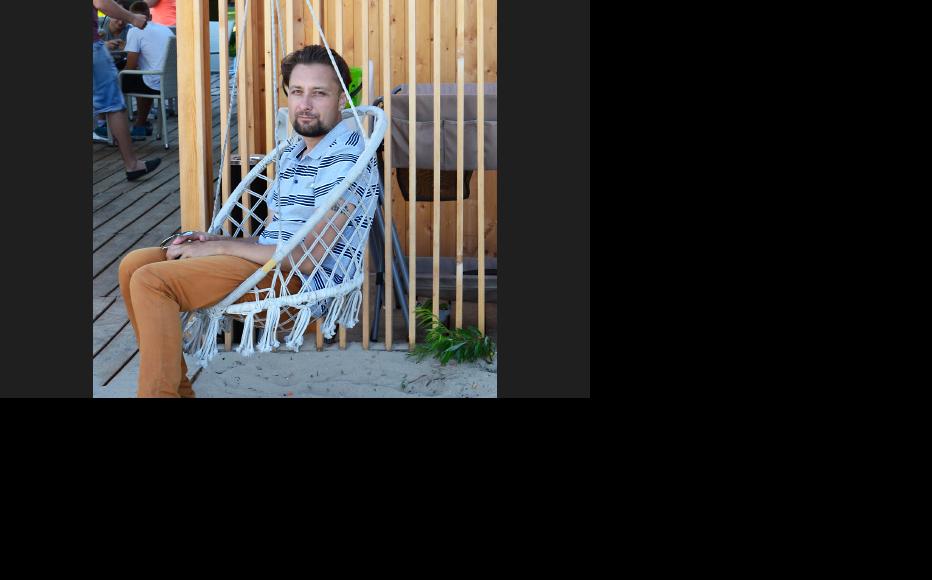 The term "hipster" first appeared in Kazakstan about four years ago. (Photo courtesy of Youth Information Service of Kazakstan) A hipster cafe in Almaty. (Photo courtesy of Youth Information Service of Kazakstan) 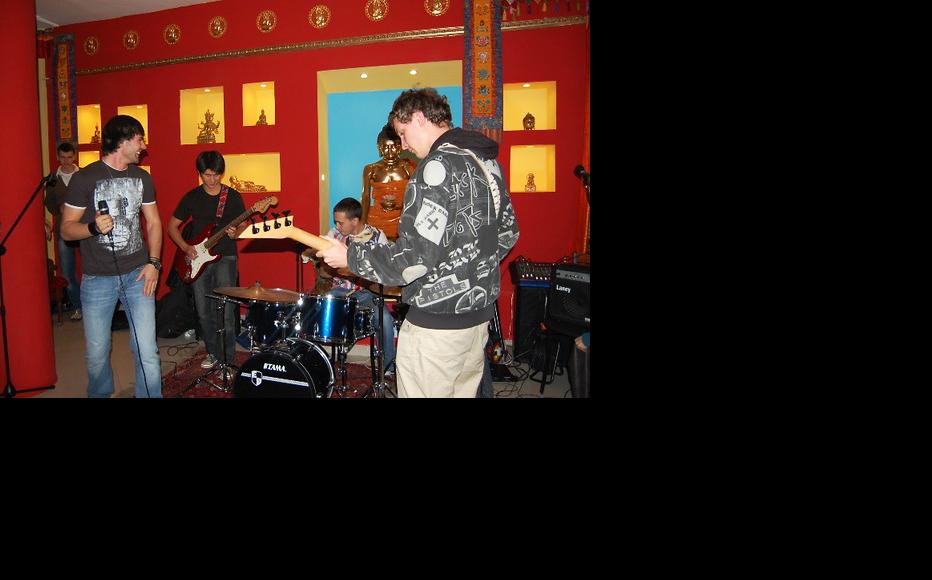 Most Kazak hipsters work in design, photography, journalism and the arts. (Photo courtesy of Youth Information Service of Kazakstan)
The link has been copied

Anton, a 26-year-old photographer from Almaty, has a personal style that’s intended to look thrown together but makes him instantly stand out from the crowd.

His hair is styled in a classic under cut and his heavy, dark-rimmed glasses are reminiscent of a mid-1960s Bob Dylan.

Anton (not his real name) typifies a never-before-seen subculture emerging in Kazakstan – the hipster.

“I see hipsters in various places [in Almaty]. What unites them is that they are artsy and creative,” he said. “Members of the creative class are always ahead of trends and adapt them for their own benefit.”

Anton said that he was pioneering “the return of the classics,” with his own look, mixing second-hand with labels such as Pull and Bear and KixBox.

“It’s the US Depression, post-war Britain or the Soviet Union during the Khrushchev era…vintage clothes and, most importantly, at least one cult item,” he mused.

The term “hipster” first appeared in Kazak slang about four years ago.

Venues such as central Almaty’s cosy Nedelka café, renowned amongst locals as an archetypal hipster spot, are now filled with young urbanites kitted out in tight jeans, vintage jackets and coloured trainers.

As for accessories, an iPhone, still quite rare in Kazakstan, is a particularly prized possession.  Others favour carrying retro cameras and leather notebooks or the studied smoking of an old-fashioned pipe.

However, Yuriy Serebryanski, another self-confessed hipster, disputes the image of young creatives like him as shallow and image-obsessed.

“It's a stereotype that hipsters do not have any life goals, that they are quite indifferent to the world around them,” said the Almaty poet and writer.

“Hipsters not only consume, but also read and think.”

Serebryanski has indeed written dozens of novels, including one that’s become required reading in Kazak universities.  He also edits a magazine for the Polish diaspora in Kazakstan.

He said his style had developed since winning a literary prize awarded by a local fashion TV channel several years ago.

“That award changed me. I became a different person. Ever since I have tried to dress well, drink coffee, own a MacBook and attend parties,” Serebryanski said.

“I now buy stuff while travelling and then randomly put it together. A jacket from Chiang Mai, a string bracelet made by a shop owner’s Filipino wife. It is important for me to wear items that bring a memory into my mind. [These pieces] create a setting for my behaviour. It's a dialogue with myself,” Serebryanski added.

Anton and Yuriy are unusual as most Kazak hipsters, like their counterparts in the West, are deeply reluctant to distinguish themselves as such.

Psychologist Irina Volkova said that in Kazakstan, reluctance to identify with a particular subculture may have its roots in Soviet-era stigma.

“The first rule among [Kazak] hipsters' is not to tell anyone you're a hipster. That's what they say themselves. It's similar to ‘stilyagi' [dandies in Russian] a term used in the 1950s. Stilyagi was a controversial, Soviet-era term.

“Some identified [stilyagi] as young people with an alien, almost enemy ideology, which undermined [Soviet] values,” she explained. “Others would say that they were forward-minded youth who viewed life in a more creative way.”

Kazak hipsters, Volkova continued, were typically drawn from urban middle class youth whose knowledge of the English language gave them access to the novelties of global culture, in particular contemporary art, fashion and music.

They were also among the few people with the means or opportunity to spend hours working on a laptop in coffee shops.

Like their contemporaries elsewhere, Kazak hipsters are usually employed in the fields of design, photography, journalism, advertising or marketing - in itself unusual in a deeply conservative society where pursuing anything other than professional qualifications is regarded as eccentric.

Other attributes of hipsters common in the West, such as extensive tattoos, are also particularly problematic in Kazakstan where they are strongly associated with prison culture.

Almaty, the country’s financial and cultural centre, has the highest concentration of hipsters, according to sociologist Gulmira Ileulova.

She said that was the only place in the country where hipster-friendly activities such as fashionable coffee shops, open-air festivals, picnics and art exhibitions could be found.

The capital, Astana, was more formal and bureaucratic.

“In the [Kazak] north it's harder to be fashionable due to climate conditions. Besides, in Almaty earnings are higher than in any other region,” Ileulova told IWPR.

But Ileulova made it clear that in a conservative society such as Kazakstan, alternative urban subcultures would only ever be a strictly minority interest, something probably welcomed by hipsters with their niche tastes.

“Members of this subculture,” she noted, “are not interesting in the wider public sharing their lifestyles and tastes in music or literature.”

Kazakstan
Life
Connect with us