Karadzic Had "No Control" Over Army

Karadzic Had "No Control" Over Army 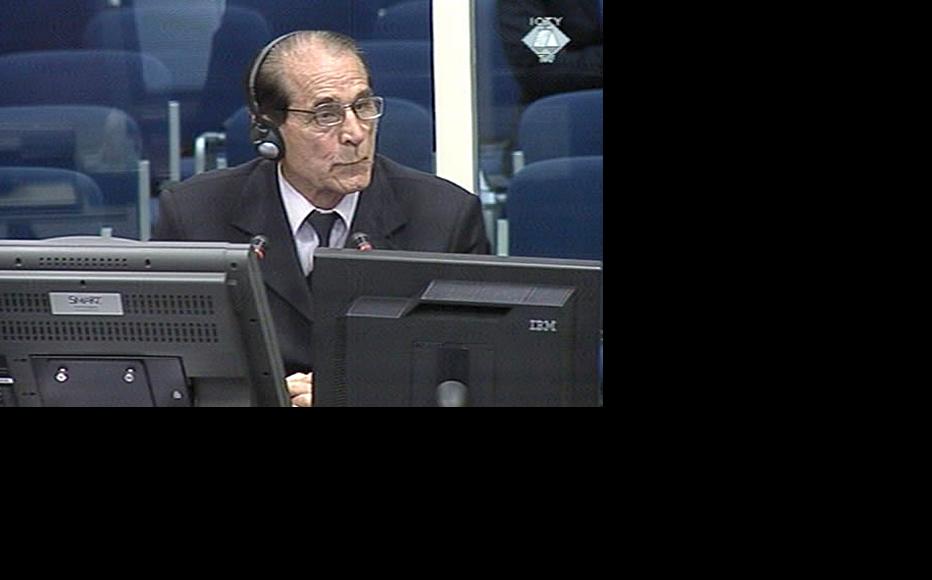 A defence witness in the Hague trial of former Bosnian Serb leader Radovan Karadzic this week claimed that the accused exerted no control over Bosnian Serb armed forces during the 1992-95 war.

Bogdan Subotic told judges that he served as defence minister of Republika Srpska, RS, until 1993, when he chose to become advisor to Karadzic.

“I remained there for as long as Karadzic was president,” he told the court.

Karadzic is standing trial for having “planned, instigated, ordered and/or aided and abetted persecutions on political and religious grounds against Bosnian Muslims and Croats” during the war.

While serving as RS defence minister and later as Karadzic’s adviser, Subotic said he often had opportunities to compare Karadzic and Bosnian Serb army commander Ratko Mladic, who is also on trial in The Hague.

The witness said he found Karadzic – who as president was also officially commander-in-chief of the army – to be a much more “reasonable, religious and humane” person than Mladic.

“Mladic was obsessed with himself, very stubborn, but truly dedicated to the goal,” Subotic said, describing the general as a “real soldier”.

“Mladic would never allow Karadzic to get involved in any military operations, despite [Karadzic] having been the supreme commander of the VRS [Bosnian Serb army], he continued, arguing that “had neither factual nor any other control over the VRS or any other armed forces”.

He insisted that Karadzic could never have issued any documents ordering the commission of the crimes of which he is accused.

“This is purely impossible,” he added.

Prosecutor Alain Tieger reminded the witness of the testimony he gave at the trial of Momcilo Krajisnik, the former speaker of the RS assembly, convicted by the Hague tribunal in 2009 of crimes against humanity and sentenced to 20 years in prison.

“In that testimony, you said that Mladic could have conquered Sarajevo, but was prevented by Karadzic,” Tieger said. This, according to the prosecution, was evidence that Karadzic did have influence over the VRS.

The witness confirmed that he had made those comments at Krajisnik’s trial. He added that not conquering Sarajevo was “probably the wrong thing to do from a military perspective, but showed that Karadzic was a truly humane leader”.

“Mladic was a soldier, and soldiers want a military victory. But Karadzic and the [Bosnian Serb] political leadership wanted the war to stop through negotiations,” he explained. “There were major discrepancies between the two, you see.”

In his testimony this week, the witness also made reference to Srebrenica, in which more than 7,000 Bosniak men and boys were killed in July 1995 after the enclave was overrun by Bosnian Serb forces. Karadzic faces a count of genocide for the massacre.

Subotic said the Bosnian Serb leadership did order the enclave to be captured, but “without the crimes”.

When asked by Tieger to specify what crimes he was referring to, the witness said there “may have been some massacres or crimes in Srebrenica”, but he did not know who had carried them out, or why.

According to Subotic, the only thing he was certain of was that “Karadzic did not know anything about these crimes”.

The witness told the court that the number of victims in Srebrenica was highly exaggerated. “I can't prove it, but I feel it,” he said.

Asked about “Directive Seven” , an order Karadzic issued to the VRS in 1995 to create “an unbearable situation of total insecurity with no hope of further survival or life” for Bosniaks in Srebrenica and Zepa, the witness said that “Karadzic probably didn't read the text carefully before he signed it”.

He claimed that the order was written by the VRS General Staff, and “it is quite possible that [Karadzic] didn't even read it at all. If he had read it, he never would have signed something like that.”

“There is a possibility that this sentence was later added to the order,” he said, adding that the alteration might have been made by “Mladic and his officers”.