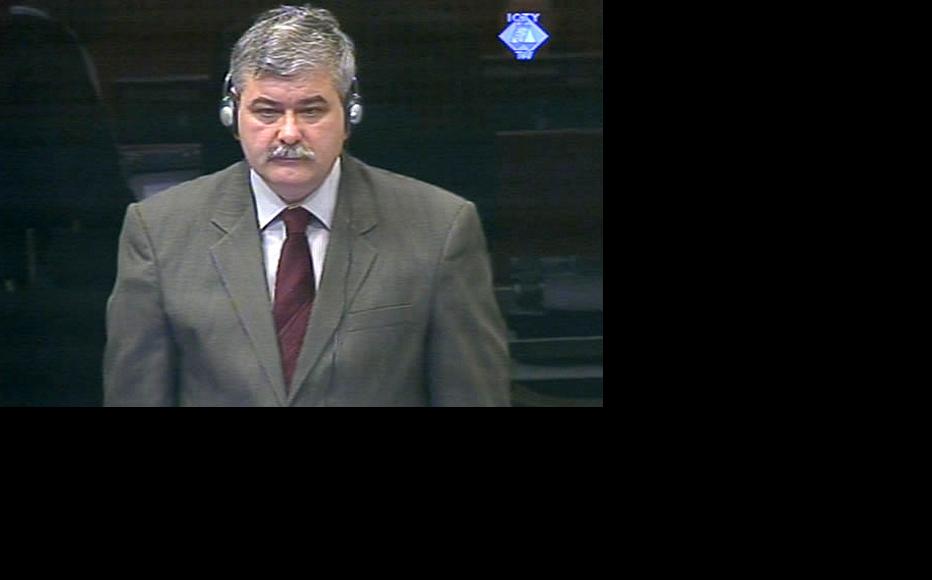 Amor Masovic, prosecution witness in the ICTY courtroom. (Photo: ICTY)
The link has been copied

The trial of former Bosnian Serb president Radovan Karadzic continued last week with testimony from a board member of the Bosnian Institute for Missing Persons, IMP.

Amor Masovic, who appeared as a prosecution witness, has already testified at four trials at the Hague tribunal. This week, prosecutors submitted into evidence a summary of an earlier statement by Masovic in which he described the IMP’s work and its findings on the 1995 Srebrenica massacre.

Karadzic is accused of planning and overseeing the murder of some 8,000 Bosniak men and boys at Srebrenica in July 1995. The indictment against him includes genocide, extermination, murder, persecutions and other crimes against humanity and war crimes.

A high percentage of the Srebrenica victims have been identified from remains found in a number of mass graves around the town, and Masovic helped exhume many of them. A report he prepared for the prosecution on the number of bodies exhumed and identified as persons killed at Srebrenica was included in Karadzic's indictment.

This week, Masovic described in court how the data from mass graves around Srebrenica was collected and processed. He said DNA analysis, as the principle method of identifying victims, has proved highly accurate.

“So far, at 450 locations we found at least 6,800 complete or incomplete remains of Srebrenica victims who had been reported missing by their families,” he said, adding that, according to IMP’s data, 8,262 people disappeared after the fall of Srebrenica.

During his cross-examination of the witness, Karadzic – who represents himself in court – tried to dispute these findings, and he put it to the witness that the actual number of Bosniak victims from Srebrenica was much lower.

To support his argument, Karadzic referred to the transcript of a Bosnian presidency meeting held in August 1995, at which the number of people killed in Srebrenica was discussed.

“According to these estimates, the approximate number of people whose fate is uncertain is around 5,000,” Karadzic said, reading from the transcript. “Probably around 3,000 of them were killed, and there’s still hope for some 2,000, who could be in prison camps or wondering around.”

The witness replied that he was not aware of what the presidency had discussed in August 1995, and that he based his estimates of the number of victims from Srebrenica on the data that IMP collected from the mass grave sites and from the families of those still missing.

Karadzic wanted to know whether the Bosnian Serb side was satisfied with Masovic’s work, and accused him of deliberately concealing the number of Serb victims so as to prove that only Bosniaks suffered during the 1992-95 war.

The witness rejected these claims and said that while some Bosnian Serbs were indeed unhappy with the results of IMP’s work, he personally had very good cooperation with his Serb colleagues at IMP.

Dzenana Halimovic is a reporter for RFE and IWPR in Sarajevo.