While their visible presence is reassuring, questions still remain over longer-term solutions.

While their visible presence is reassuring, questions still remain over longer-term solutions. 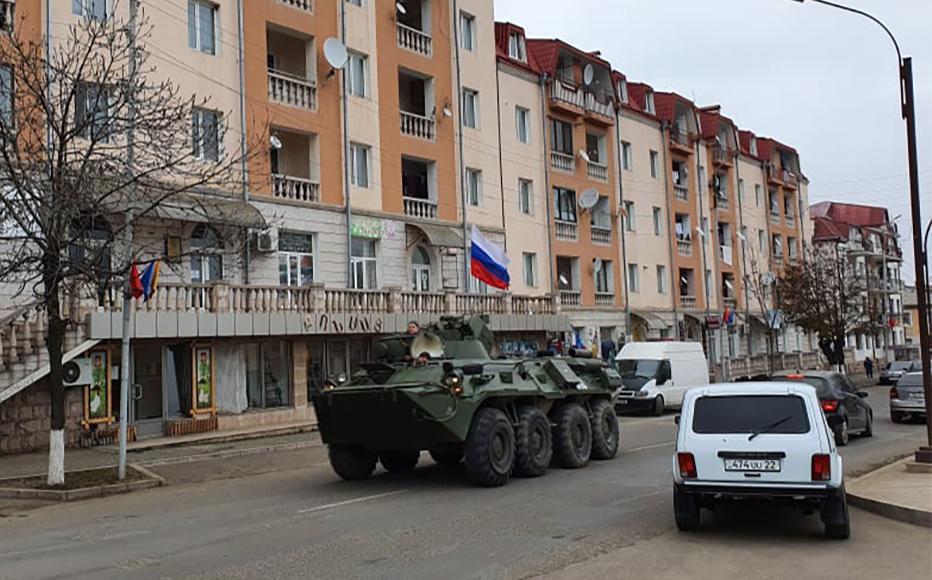 A russian peacekeepers' convoy rolls through the streets of Stepanakert. (Photo: Arshaluis Mghdesyan) 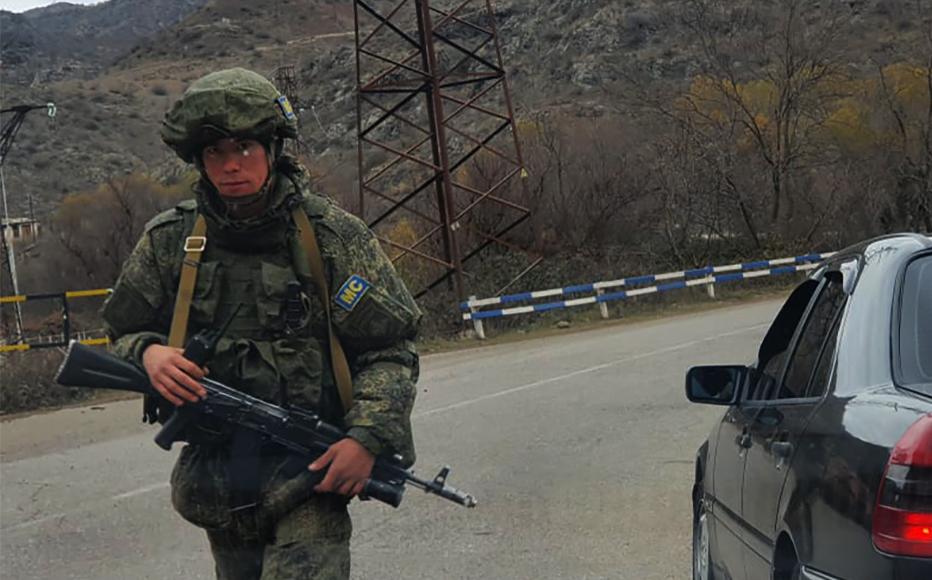 A russian peacekeepers stops cars to record how many people are returning to Karabakh. (Photo: Arshaluis Mghdesyan)
The link has been copied

Residents of Karabakh have welcomed the presence of Russian peacekeepers, deployed as part of the ceasefire agreement that ended the 44-day war between Armenia and Azerbaijan on November 9.

But while their visible presence, guaranteed for at least five years, has reassured some immediate concerns about security, locals still feel uncertain about the long-term future of the unrecognised republic.

And there are concerns that the peacekeepers may not be able to present all future clashes between Armenian and Azerbaijani forces. On December 10, violence erupted in Hadrut province in which more than 60 Armenian soldiers were captured.

About 2,000 servicemen and several hundred units of military equipment have been deployed to run a peacekeeping and border monitoring mission, as well as an interagency humanitarian response centre.

Dressed in military fatigues, complete with helmet, bullet-proof vest and Kalashnikov, the peacekeepers stop and register all cars arriving and leaving Karabakh.

They do not check passports, but only count the number of passengers in each car and ask their destination. On the basis of this data, the Russian ministry of defence releases a report almost daily on the number of people returning to Karabakh. As of December 21, more than 42,000 people had come back.

Military vehicles with Russian flags constantly drive between the ten checkpoints they have installed along the corridor, from the borderline village of Agavno to the unrecognized Karabakh capital Stepanakert.

Sometimes movement along the road is stopped for ten to 15 minutes while a corridor is opened for Azerbaijani military units changing shifts.

Locals have no complaints about the conduct of the peacekeepers.

“They are always polite. Every time they stop the car, they ask about the number of passengers… if we need any help and wish us good luck,” said taxi driver Hrayr Sargsyan, on his way from Yerevan to Stapanakert.

“The deployment of peacekeepers saved the situation. The enemy was advancing and there was no other way out,” he continued, adding that with peacekeepers on the ground there was a hope that life would return to normal in Karabakh.

“The peacekeepers themselves are helping, the staff of the Russian ministry of emergency. They distribute humanitarian aid, help in restoring power lines and water pipes. They are fully involved in reconstruction of the civil infrastructure in Karabakh. How can we not be grateful for that?”

The peacekeepers are mainly stationed at their checkpoints on the front line, with high-ranking officials lodged in hotels in Stepanakert. The servicemen themselves rarely appear in Stepanakert and when they do, it's mainly to buy food or have lunch in local restaurants.

Susana, a waitress in a Stepanakert restaurant, returned to Karabakh with her entire family on November 15, a few days after the ceasefire agreement was signed.

“The fact that we are here now and continue to return to Karabakh is the result of Russian peacekeepers being here. This is our hope for peaceful life and Karabakh remaining Armenian. Otherwise, we would have lost everything,” Susana told IWPR.

For the locals, she said, Russians were like “brothers.”

“This is our brother nation and they treat us like brothers too. They often come to our restaurant to have lunch or dinner. Very polite people,” she added.

But locals still have a feeling of uncertainty, mainly associated with the status of Karabakh and the duration of the peacekeeping mission.

“According to the agreement signed on November 9, the Russian peacekeepers will stay in Karabakh for five years, with the possibility to extend this term,” said Vitaly, a resident of Askeran, a small town in central Karabakh. “The Russian peacekeepers will not stay here forever; they might leave in five years. In such conditions, it is difficult to feel safe. We are returning to Karabakh now, but we feel completely insecure.”

Vitaly owns a small business producing lemonade and iced coffee. He resumed work on November 16 with his family helping him. Vitaly hopes to return to pre-war production as more residents arrive in Karabakh; he used to work a six-day week, but now works only two days.

Like many other locals, he is grateful to the Russian peacekeepers for maintaining calm. But he believes that Karabakh still needs to strengthen its own army and ensure security together with Armenia.

“Theoretically, peacekeepers can leave in five years, and what is going to happen after that? Is the issue with the status of Karabakh resolved as a result of the war? How are we going to live and ensure our safety? We need our own army, our own military forces.

“Our army is now stationed with peacekeepers guarding the borders of Karabakh. We need to reinforce it,” he said, pointing to the clashes in the villages of Khtsaberd and Old Tager in Hadrut on December 10-12.

“Tragic incidents like this happen even now, and the Russian peacekeepers might not always be there in time,” added Serob, another resident of Askeran. “We should rely on our forces, our army. The number of Russian peacekeepers is not enough to provide control at every point.”

Following the violence in Hadrut, Moscow began to consider boosting the number of its forces in Karabakh.

President Vladimir Putin told his annual press conference on December 17 said that Russia might increase the number of peacekeepers “if all parties to the conflict consider it necessary”.

Giving Voice, Driving Change - from the Borderland to the Steppes
Karabakh
Conflict resolution, Peace
Connect with us