Karabakh Aims for the Sky

Azerbaijani officials insist Armenian-held entity must not reopen airport, and suggest passenger planes flying on “illegal” route might be shot down.

Karabakh Aims for the Sky

Azerbaijani officials insist Armenian-held entity must not reopen airport, and suggest passenger planes flying on “illegal” route might be shot down. 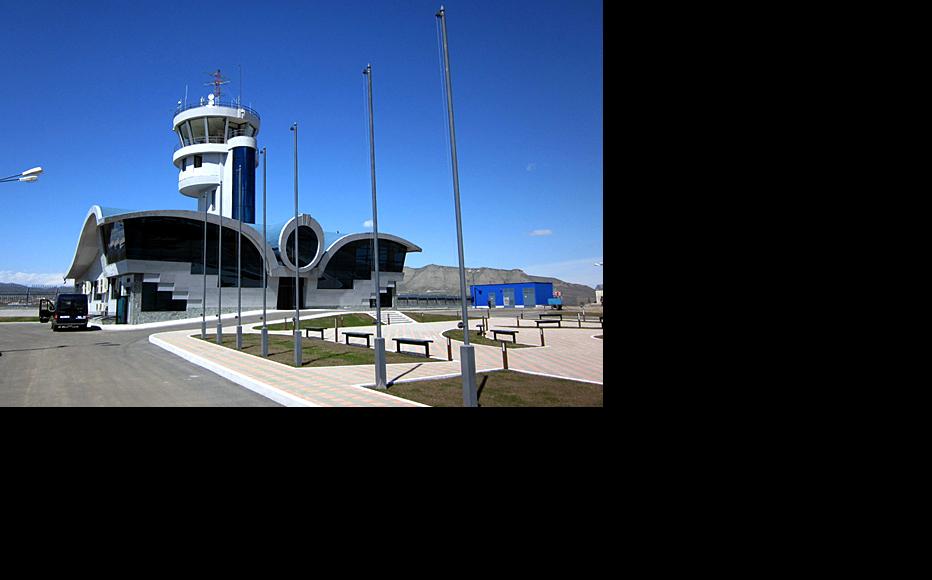 Renovated airport in Stepanakert. (Photo: Marut Vanyan)
The link has been copied

The airport in Nagorny Karabakh is due to open in May or June this year, for the first time since the conflict two decades ago. Azerbaijan remains so adamantly opposed to the idea that it has threatened to shoot down any planes that land there.

The airport at Stepanakert has been closed to civil air traffic since the conflict, which ended in 1994 with a ceasefire but no formal peace deal. Since then, an Armenian administration has sought to build Nagorny Karabakh as a state separate from Azerbaijan, but the international community has not recognised it as a sovereign entity and Baku continues to assert its right to the territory – and to its airspace.

The airport was due to reopened in May 2011, but this was delayed.

On February 23 this year, Dmitry Atbashyan, head of Karabakh’s civil aviation department, announced that the airport was ready to open, although there were still aircraft to be obtained and staff to be trained.

The Karabakh government is counting on the airport to boost trade, investment and local economic activity. In particular, it sees good prospects in the tourist industry, which has seen rising numbers of visitors over the last three years. Tourists come in overland from Armenia in the absence of an air link.

Aviation department official Tigran Gabrielyan said the work was funded mainly out of the Karabakh government’s budget and included new landing-strip lights and an extension to the runway, which was used mainly for short-haul flights to Baku and Armenia’s capital Yerevan when it was built in 1974.

“All the work has been completed to international standards, requirements and restrictions,” he said. “We will begin with flights to Yerevan, and I’m hoping that we will launch other routes in the near future. Time will tell what these other flight routes might be. We’re currently studying the market.”

Azerbaijan has said it will do whatever it can to prevent Stepanakert – which it calls Khankendi – getting a functioning airport.

“Nagorny Karabakh is Azerbaijani territory, so planes from Armenian Airlines cannot operate Yerevan-Khankendi flights Yerevan,” he said. “Our country has already applied to the International Civil Aviation Organisation, which informed us that flights cannot take place without permission from Azerbaijan. In order to open the airport, the Armenians would need to gain a license from the Azerbaijani Civil Aviation Administration.”

Safarli said that from the Azerbaijani perspective, the airport could only resume operation “when we regain control of Karabakh”.

Officials in Stepanakert are shrugging off Azerbaijani opposition to the airport.

“We’ve long ceased paying any attention to threats from Azerbaijan, and to its politicisation of issues,” Masis Mayilyan, a former deputy foreign minister and now head of the Public Council for Foreign Policy and Security in Karabakh, said. “If we tied our development to Baku’s official stance, then we wouldn’t have telephones, internet, decent roads, banking or postal services.”

Mayilyan said freedom of movement was a basic human right.

“Restoring civil aviation between Nagorny Karabakh and Armenia cannot be a source of military danger,” he said. “A functioning airport needs to be viewed as an opportunity for citizens to realise their right to freedom of movement, laid down in the Universal Declaration of Human Rights. Human rights do not depend on territory; they exist universally.”

In Karabakh, people are eager to see a local airport start operating – especially in light of reports that a ticket to Yerevan will cost just 20 dollars. If that proves true, flying to the Armenian capital will cost the same as hiring a taxi, and only slightly more than the 12-dollar bus fare.

“Of course we need the airport to work. It would allow us to get to Yerevan in half an hour instead of seven hours,” Marut Vanyan, a blogger who travels to Yerevan about once a month, said.

Vanyan said he was undeterred by suggestions that Azerbaijani forces might fire at passenger planes.

“It’s wrong to make threats,” he said. “I realise we don’t have a good relationship with Azerbaijan, but that doesn’t mean innocent people have to suffer just because they’re going to visit their auntie.”

Sara Khojoyan is a correspondent for the website ArmeniaNow.com.