Justice for Sale in Azerbaijan's Courts?

Citizens say they are falling victim to a skewed judicial system.

Justice for Sale in Azerbaijan's Courts?

Citizens say they are falling victim to a skewed judicial system. 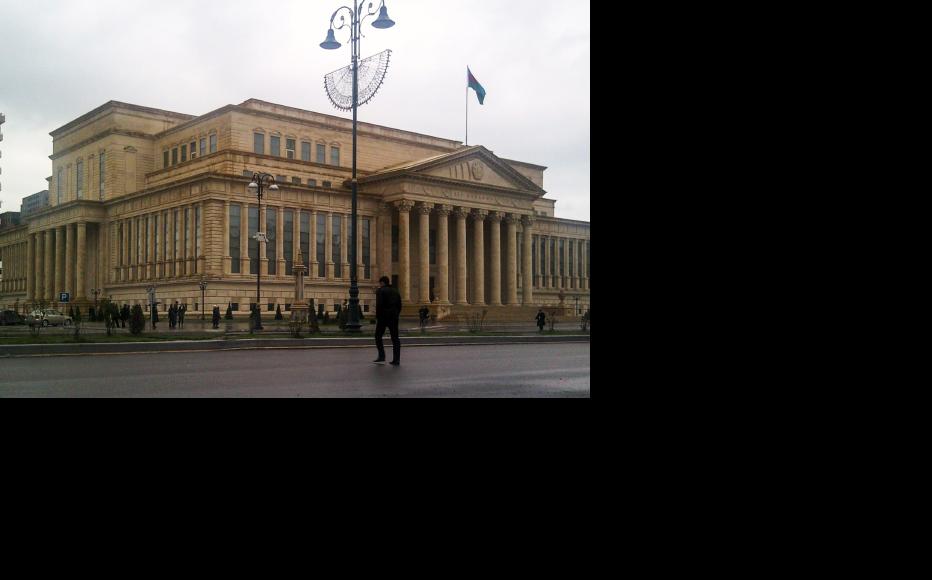 The recent early release of the son of a senior official from prison has highlighted widespread concerns about corruption in Azerbaijan’s judiciary.

Ilham Asgerli, the son of the head of the Sabail district of the city of Baku, was responsible for a fatal accident in September 2014.

Although he was 16 and did not hold a driver´s licence, he took his parents’ car and drove off at high speed with his friend Sanan Mirzoyev and the family driver as passengers.

The Mercedes veered off its lane and crashed into an oncoming truck. Mirzoyev was seriously injured and died in hospital.  Asgerli and the driver escaped with minor injuries.

Asgerli was initially sentenced to five-and-a-half years in jail in May last year and the driver of the truck, Ahliman Suleymanov, to six years.

Mirzoyev´s family’s lawyers asked the court to release the innocent truck driver and demanded that Asgerli, the real culprit, be punished.

Instead, one month later, the Baku court of appeals left Suleymanov´s six-year sentence unchanged and reduced Asgerli´s sentence to three years.  In February, he was released from prison.

Azerbaijan has become increasingly intolerant of political dissent.  Dozens of political activists, human rights defenders and journalists have been arrested in recent years on what are widely considered to be trumped charges, ranging from hooliganism and tax evasion to drug possession.

According to the Centre for the Monitoring of Political Prisoners, there were 107 political prisoners in the country in February 2016.  In mid-March, 13 of the detainees were released, ahead of President Ilham Aliyev´s participation in the Nuclear Security Summit in Washington.

Yalchin Imanov is a lawyer whose clients include imprisoned journalist Khadija Ismayilova and other well-known political prisoners. He said that undue official influence on the courts manifested itself not only through political, but also regular civil cases.

In the Asgerli case, all the evidence proved that the official’s son had been solely at fault, he said.

“But the decision ultimately led to his release and the imprisonment of a completely innocent person for a period of six years,” Imanov continued.

“In Azerbaijan’s courts, if the case is not decided upon someone´s orders, it is decided on money.  The order is given in political cases and in cases where high-ranking people are involved.

“The high-ranking officials in Azerbaijan are the same rich people who head monopolies and shadow businesses in the country.  They can influence the courts through their position and money,” Imanov said.

“If it is about regular criminal cases, there is necessarily money involved.  A strange trend reigns in our society.  Lawyers are mainly needed to conduct bargaining with the prosecutors and judges.  There are very few lawyers who do not participate in such bargaining,” he added.

These circumstances were used to advantage by a 32-year-old Baku resident, who asked to remain anonymous.

“My brother was involved in a robbery.  When he was arrested, we first agreed with the investigator, then with the prosecutor and judge, so that they would treat him leniently,” she said.

Her brother could have been sentenced to 14 years in prison.  To help him, they sold their apartment, paid first the investigator, then the prosecutor and the judge, doling out about 40,000 manats (over 26,000 dollars).  In the end, they were able to knock off six years from the anticipated jail term.

“My brother was sentenced to eight years in prison,” she said.

HOPES FOR A MODERN JUDICIARY

According to Tamara Grigoryeva, a programme officer at Freedom House, Azerbaijan did attempt to establish an independent judiciary after independence and passed the appropriate laws.

A presidential decree in 2006 on modernising the judiciary led to the establishment of new courts and courts of appeals across the country´s regions.  An academy was also set up to provide training and certification for judges and lawyers.

Last November, at the opening ceremony of a new court building in the city of Sheki,  Aliyev claimed transparency was increasing, praising the successful strengthening of the country´s judicial system and implementation of the rule of law.

Grigoryeva, however, highlighted serious problems beyond corruption, including a lack of professional judges and specialised first instance courts.

“On top of all these, the main problem of the judicial system in Azerbaijan is that this country is a one-man government, and the courts don´t make independent decisions,” she said.

“In the past couple of years, we have all seen multiple court cases, including cases against prominent journalists and human rights defenders, where no credible evidence was provided to the court.  Yet, these people got ridiculously lengthy sentences,” Grigoryeva continued.  “These fabricated cases were a vivid example of how poorly Azerbaijan´s judicial system functions and how it´s nowhere near being independent and just.”

“The courts in Azerbaijan are free and independent,” Aidyn Mirzazade, a deputy for the ruling party New Azerbaijan, told IWPR. “If a citizen is dissatisfied with any judgement, he can appeal to a higher court – the court of appeals, the Supreme Court.  Pressure on the courts is out of the question.”

COURTS NOW GIVE IN TO OFFICIAL PRESSURE

Lawyer Alayif Hasanovtold told IWPR that he had referred five civil cases in which pressure from officials had led to unjust sentences to the European Court of Human Rights,

"There are many such civil cases, in which the courts under the influence of officials, or basically the local executive structures have rendered completely unfair decisions," he said.

Rasul Mammadov said that his son Sabuhi, serving a four-year jail sentence for hooliganism, had fallen victim to this skewed system.

“My son is now in detention because he was in the wrong place at the wrong time,“ said his father, explaining how in October 2013 the then-23-year-old had gone to meet a friend.

When he arrived, he saw that his friend was involved in a fight and tried to break it up, but ended up getting beaten himself.  One of the participants in the fight pulled out a knife and injured three people, one of whom died of his injuries.

The father of the man who died, a high-ranking official, insisted that everyone involved in the fight be punished.

“I understand the grieving father. The man has lost his son.  But the punishment of an innocent man will not bring back his son,” said Rasul Mammadov.

Some citizens have been driven to dramatic acts of public protest to highlight alleged corruption.

On February 27, residents of the village of Kotuklu in the Gabala district in northern Azerbaijan marched to the Agdam district to try to cross into territory controlled by the Armenian armed forces.

Azerbaijan and Armenia have been in conflict over this territory, Nagorny Karabakh, since the early 1990s.  A fragile ceasefire signed in 1994 effectively froze the conflict without resolving it.  There have been periodic outbreaks of violence since the fragile 1994 ceasefire, with the latest and most serious skirmishes erupting on April 2.

By crossing into this territory, the 25 villagers could be certain to attract wide attention to their problems.

The protestors claimed that relatives of senior officials who lived in their village were exploiting their power to abuse fellow residents. Any villager who stood in their way would be set up by having drugs planted in their house or car.

Following their protest, villagers were detained by law enforcement officials and then sent home.

“To cross into territory controlled by Armenians on the side of Armenians is an unworthy step for a citizen,” said the lawyer Imanov. “But bureaucratic chaos and unfair trials have driven citizens to such a state that, out of hopelessness, they do not know what to do.”

Azerbaijan
Corruption
Connect with us