Reporters blackmailed, threatened and attacked as government clamps down further ahead of presidential election.

Reporters blackmailed, threatened and attacked as government clamps down further ahead of presidential election. 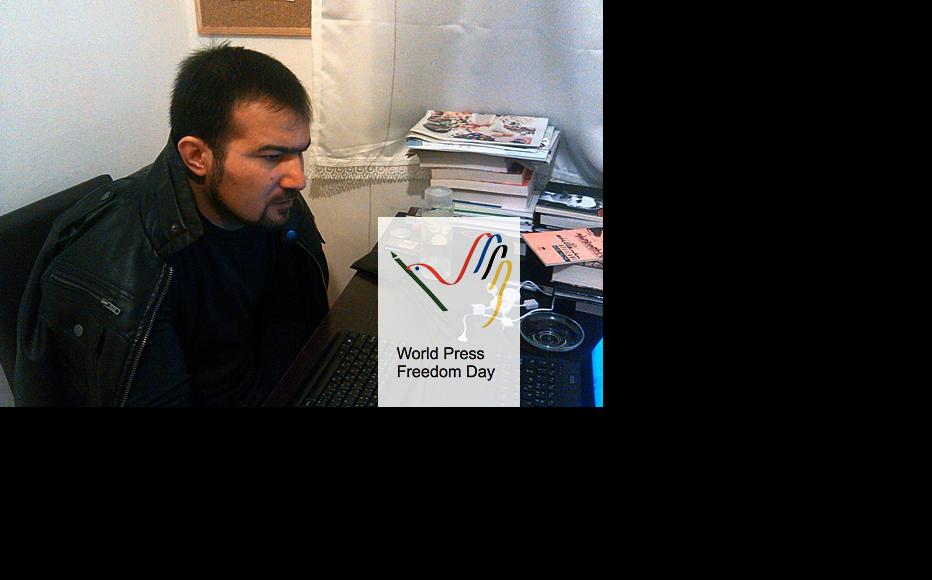 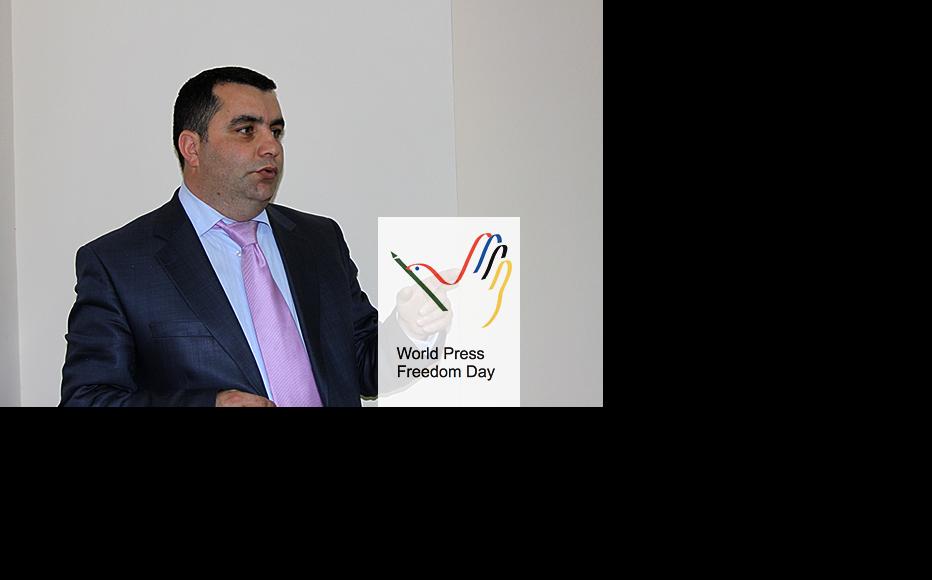 Yafez Ekremoghlu reports for RFE/RL in Azerbaijan. (Photo courtesy of Y. Ekremoghlu)
The link has been copied

Journalists in Azerbaijan saw little to celebrate on World Press Freedom Day, after a year in which colleagues had been harassed, arrested or attacked and an international report labelled the president a “predator” of press freedom.

Seymur Hezi, who runs the political section of the opposition Azadliq newspaper, has been threatened, kidnapped and beaten since writing a series of articles about President Ilham Aliyev and Ramiz Mehdiyev, the head of the presidential administration.

“Being a journalist in Azerbaijan is like walking into a minefield to save someone else. It is like being unarmed and facing someone armed. Our profession is like a bomb attached to our bodies. It can blow up at any time and kill us,” he said.

Hezi has informed the interior ministry that he is being followed, although he is sure it is government officials who have ordered the harassment.

Over the last decade, Azerbaijan has fallen in all international ratings of press freedom and, on May 3, Reporters Without Borders, RSF, issued a report naming President Aliyev among 39 “global predators” on freedom of information.

“These predators of freedom of information are responsible for the worst abuses against the news media and journalists,” RSF secretary-general Christophe Deloire said in the report. “They are becoming more and more effective.”

The report said that Aliyev escaped western censure because of his country’s oil and gas wealth.

“Economic interests come before everything else,” it said.

Aliyev is not the only Azerbaijani official on the list. Vasif Talibov, speaker of parliament in the autonomous Nakhichevan region, which is cut off from the rest of the country by Armenian territory, was also termed a “predator”.

Yafez Ekremoghlu, a Radio Liberty reporter from Nakhichevan, has first-hand experience of the situation there. He started working for the American-funded radio station in 2010, but had to flee his home after a few months because of the pressure he and his family were put under.

“It was parliamentary elections time. They [officials] asked me to work for them. I refused. So they welded the door of my office shut while I was inside. I had to escape through the window,” he said.

Ekremoghlu moved to the capital Baku after threats were made against his family, and he now covers Nakhchivan from Baku, sometimes travelling there on assignment.

In August 2011, he was “deported” to neighbouring Iran, even though he is a citizen of Azerbaijan.

On April 4 this year, Ekremoghlu received an email showing an online chat of a sexual nature, between a woman and a fictitious Facebook account set up in his name.

“I got a call that day. They said that if I didn’t stop covering Nakhichevan, they would make the chat public, and photo-edit a picture of me with a woman,” he said. “They also said if I ever made the phone call and email public, they would kill my family.”

The pattern of this smear campaign was similar to that deployed against Khadija Ismayilova, a journalist who has written extensively on high-level corruption. The attempt backfired when Ismayilova publicly defied and challenged the blackmailers.

SES TV, part of the state’s Ses Information Agency, subsequently broadcast a report on Ekremoghlu. This showed a Nakhichevan resident saying that Ekremoghlu had promised him money, a house in Baku, and asylum abroad if he agreed to voice criticism about the region. The same piece was broadcast on LIDER TV.

Ekremoghlu said the report was a complete fabrication. “It’s all connected with my critical coverage of Nakhichevan,” he said.

On May 2, state organisations marked World Press Freedom Day with a conference attended by the Press Council, the presidential Foundation for Supporting Media Development, and the National Television and Radio Council.

At the event, Ali Hasanov, head of the presidential administration’s political department, rejected all criticism of the state of the media.

“We should prove to everyone who has doubts about media freedom in Azerbaijan that the press environment in this country guarantees democracy, transparency and favourable conditions for journalists,” he said.

Hasanov said media outlets received grants awarded directly and transparently from the president’s media foundation. Established in 2009, this body has distributed 5.4 million manats, nearly seven million US dollars, to dozens of news outlets and claims to have contributed to media independence and freedom of expression.

Emin Huseynov, head of the Baku-based Institute for Reporters’ Freedom and Security, said that in the last year, the situation for press freedom had significantly deteriorated, probably because Azerbaijan is holding a presidential election this autumn.

“It seems that in an election year, the media have no room to operate freely. This country is becoming more and more authoritarian,” he said.

The latest US State Department report on Azerbaijan noted that journalists faced intimidation, beatings and imprisonment in 2012.

“The government used the media to harass and discredit those with dissenting views,” the State Department report said. “There were reports of police officers’ harassing, and in some cases physically harming journalists trying to cover the pre-Eurovision protests. There were no indications that authorities held any police officers accountable for physical assaults on journalists in recent years.”