Schoolchildren too young to remember war admit they are still weighed down with the prejudices of their elders.

Schoolchildren too young to remember war admit they are still weighed down with the prejudices of their elders. 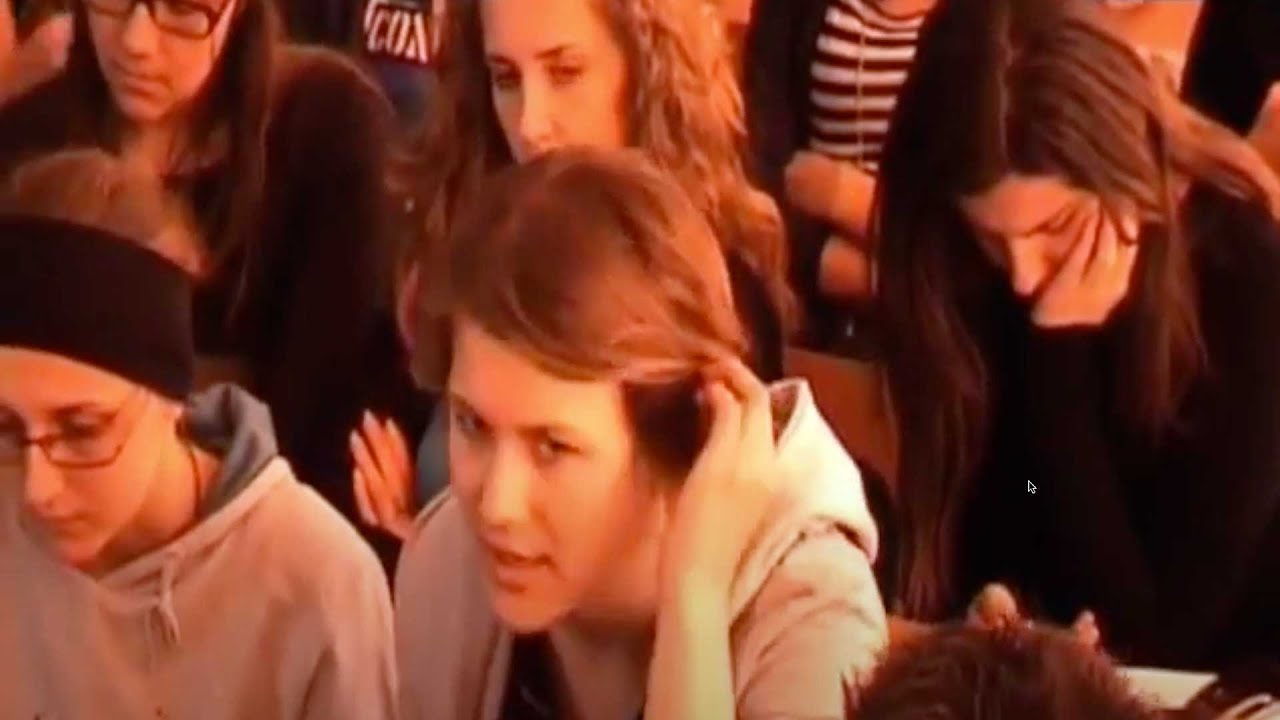 High school pupils attending last week’s screening of IWPR’s films in the central Bosnian town of Visoko said the films taught them that religious and ethnic identity should not be an obstacle to living together.

The short TV documentaries about the 1992-95 war in Bosnia, produced by IWPR together with the Sarajevo-based Mebius Film company, form a series called “20 Years Later”, and feature people who went against the flow and overcame ethnic and political barriers to display the best of human traits rather than the worst.

"Films like these are exactly what we need. Positive examples like the ones we’ve seen in these documentaries can help us understand the others. They can help us change the negative attitudes which we may hold even if we aren’t conscious of them."
Amir Avdagic, student

So far, the films have been screened in 11 schools in Serbia and Bosnia, as part of a project funded by the Norwegian government.

On May 8, IWPR held screenings at two schools, the Visoko Gymnasium and a Muslim high school or madrassah.

Visoko, a small town some 40 kilometre from Sarajevo with predominantly Bosniak population, was largely spared from the fighting during the 1992-95 war, but it has seen a large influx of refugees.

Issues like reconciliation, returning populations and shared human values are as relevant here as anywhere else, so it was not surprising that the IWPR films sparked huge interest, not just among pupils and teachers, but also in the local media. The screenings and the discussions that followed them were covered by the ViNet TV station, Radio Visoko, Radio Kladanj and a local internet news portal.

Pupils at the Visoko Gymnasium watched two documentaries – The Acting Mum, which tells the story of a Serb woman who fostered two Bosniak children, and What God is in Heaven, the Godfather is on Earth, a story about the friendship between a Muslim imam and two Serb men who helped him rebuild his  mosque after the war.

“The people featured in these films acted as human beings, not as members of a certain ethnic group,” Ajid Avdagic, one of the pupils participating in the discussion, said. “They showed us by example that religious and ethnic affiliation should not be an obstacle to us all living together and caring for one another.

“The Bosnian media foists only the negative images of war on us. We are constantly being reminded of how bad people can be in wartime, and that ‘the other side’ is to blame for all our problems. But no one talks about people from all sides who remained good despite everything that happened. This is what IWPR’s documentaries did – they showed us that there are good people on all sides.”

Ajid described the prejudices his peers often harboured against members of other ethnic groups.

“If you speak to some of the pupils here, you’ll see they have a negative opinions about members of other ethnic groups, even though they’ve had very little contact with them, or none at all,” he said.

His classmate and relative Amir Avdagic said visual media could play an important role in effacing some of the stereotypes.

“Films like these are exactly what we need. Positive examples like the ones we’ve seen in these documentaries can help us understand the others. They can help us change the negative attitudes which we may hold even if we aren’t conscious of them,” he said. “In this class, there are children who have suffered from the war, who lost parents or close relatives. Yet many of us have not been affected by the war and have no reason whatsoever to hate people from a different ethnic background.”

His classmate, Elma Sukrija, pointed out that most children are influenced by their parents and often adopt the same views.

“Young people are not the problem; the problem is what they learn from their elders,” she said. “Everything we learn, we learn from them, be it hate, or love and tolerance. Hate and prejudices are not written into our genes, they are acquired, and therefore they can and must be removed.”

Another pupil, Mahira Hadzic, agreed, describing the huge influence that families have young people’s attitudes, and suggesting that the older generation should watch the films as a way of breaking down their own prejudices.

Ema Knezovic, from the same class, said her parents belonged to different ethnic groups, making them “much more tolerant and accepting of others”.

“I grew up in an atmosphere of tolerance and I truly believe that differences among us can only enrich us and make us better people,” she said.

Ema said she was “deeply touched” by the story of the woman who adopted children from a different group and “gave them the love and protection they needed”.

The school’s deputy head and guidance counsellor, Nezira Loko, said she was gratified by the outcome of the post-screening discussion.

“I am very grateful to IWPR for showing the true Bosnian spirit of tolerance in these films, something that has somehow become neglected over the years. It is very important for these children to see this. Although they’re lucky not to have lived through the war, they are nevertheless burdened with the prejudices surrounding them.”

The documentaries screened to an audience of 250 at Visoko’s madrassah met with an equally positive reaction.

In addition to The Acting Mum and What God is in Heaven, the Godfather is on Earth, they also saw The Righteous Man, about a Bosnian Serb head teacher who refused orders to expel all the non-Serb children from his school when the war broke out.

"Young people are not the problem; the problem is what they learn from their elders."
Elma Sukrija, student

One of the young people in the audience, Husin Sarac, said he was “positively surprised by the films because of the people they portrayed”, and happy that they reflected his personal experience of coexistence in a mixed Muslim and Serb community.

“I live side by side with Serbs, we visit each other regularly, and learn about each other’s cultures, so I am happy that a broader audience of people haven’t had this experience are getting an opportunity to see that ethnic divisions in our country can be overcome,” he said.

Amra Muslija, a girl who attends the same school, agreed, saying, “I think we need a chance to see more positive stories in this country, because sometimes it feels that it isn’t in the media’s interest to show that. The local media are focused solely on negative examples, which only encourages hatred. So we need more positive examples.”

Madrassah pupil Tarik Strbo suggested trying to “give people credit for being good people, regardless of who they are… instead of focusing only on bad things. Let’s hope these films are able to carry this message to as many people as possible.”

Another pupil, Abdulkadir Dzozic, added, “I hope people in divided communities, like Mostar, for example, or even Banja Luka and Sarajevo, will get to see these documentaries, because there is much more animosity there than there is here in Visoko. Just as you showed these three films to us, you should show 300 similar films to the politicians, because they are the ones who need to see that people in this country can live together, and that this is in their very nature. It’s the politicians who want to prevent us from realising that.”

“This is great material for the children, because it can help bridge the deep divide in the Bosnian society and ensure that the bad things from our past never happen again,” she said.

Bosnia and Herzegovina, Serbia
Genocide
Connect with us