Although Armenia has a longstanding Yezidi community, only a handful of refugees have made it out of Iraq so far.

Although Armenia has a longstanding Yezidi community, only a handful of refugees have made it out of Iraq so far. 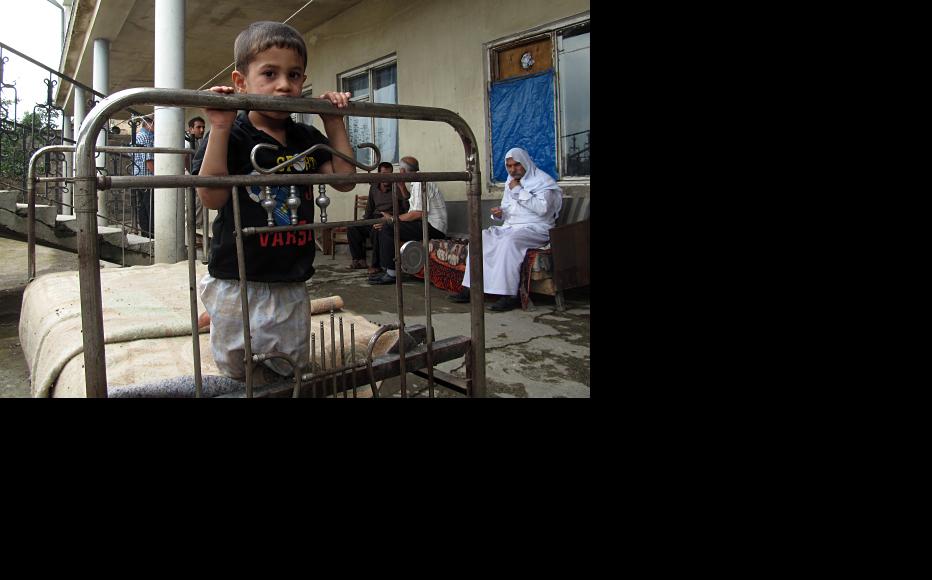 A child from one of the Yezidi families now settled in Armenia. (Photo: Armine Martirosyan) 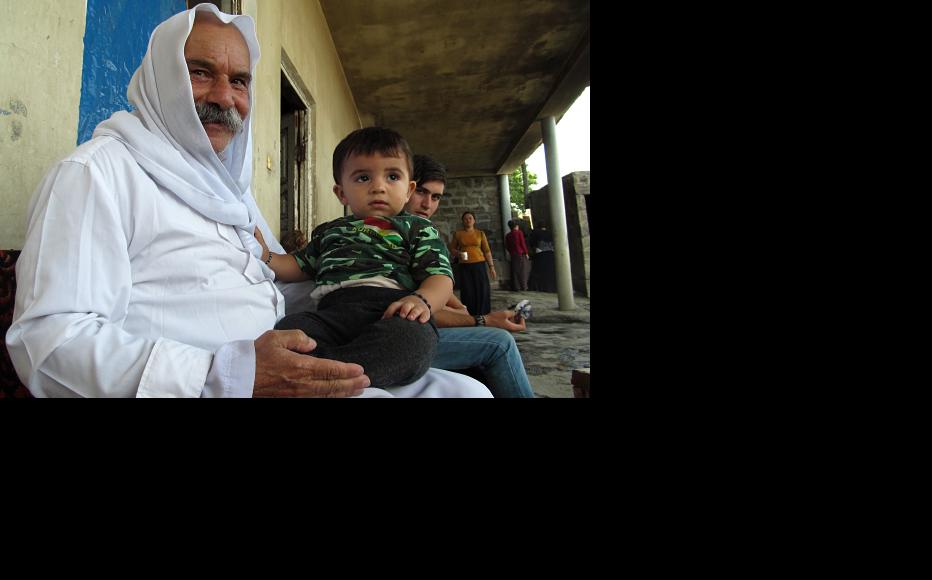 Rashu Hamo is a priest of the Yezidi faith. (Photo: Armine Martirosyan) 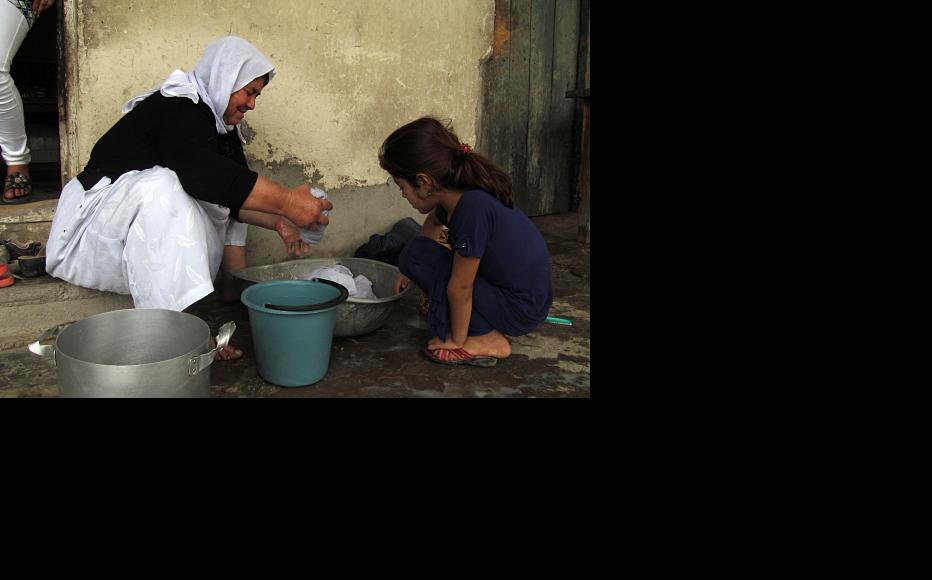 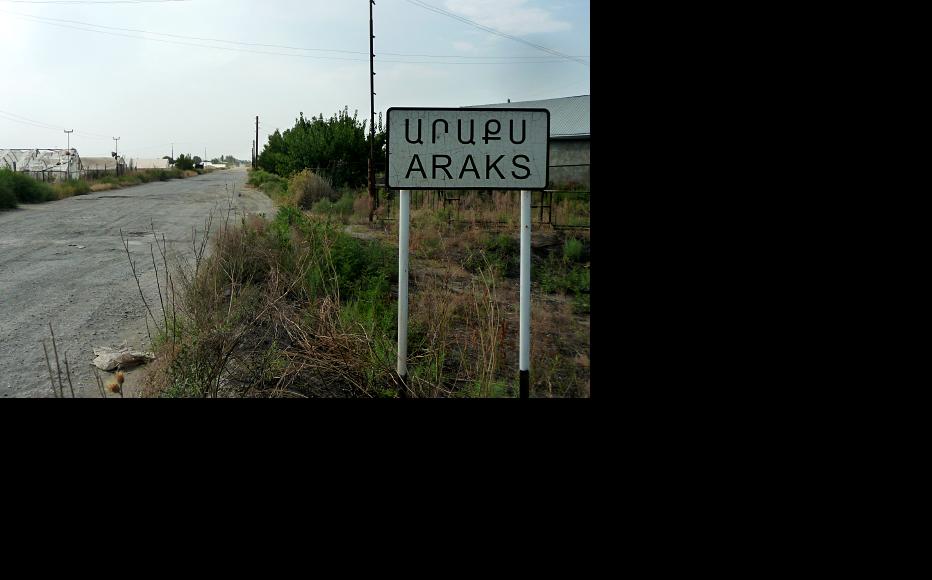 The refugees from Iraq have come to Araks, a Yezidi village in Armenia. (Photo: Armine Martirosyan)
The link has been copied

A year after Islamic State militants began massacring Yezidis in northern Iraq, few members of the minority group have claimed asylum in Armenia, even though this country has a Yezidi community that would welcome them.

Three families got out of Iraq in late July, on a direct flight to Yerevan from the Iraqi Kurdish city of Erbil. Hundreds more may follow if they can overcome bureaucratic hurdles along a roundabout route from Turkey via Georgia.

Yezidis, who speak a Kurdish language, are spread across the Middle East. Their religion has pre-Islamic roots and is connected to the ancient Zoroastrian faith. Islamic State has made it its mission to wipe out the presence of faiths other than its own fundamentalist views and has targeted Shia Muslims and Christians as well as the Yezidis.

In August 2014.the plight of thousands of Yezidis fleeing into the Sinjar Mountains west of Mosul world attention and prompted Western airdrops of food and water.

One of the recent arrivals to Armenia, Bashar Hanami, told IWPR how he, his wife Khatum Kasm and their 11 children were forced to escaped from Shangal province in northern Iraq.

“We were warned the terrorists were going to attack. My brother was killed in a battle that broke out between the [local] militias and the insurgents. We realised nothing we could do could change what was happening, and we decided to run away,” he said.

Two of their six daughters, aged 16 and 17, died in tragic circumstances as they escaped.

“While they were running from the terrorists, they were jumping from one cliff to another and they fell and were dashed to pieces,” Khatum Kasm said.

Then, as they travelled through the mountains to safety, another teenage daughter became seriously ill due to lack of food and water.

“We had no hope that she’d survive. But we didn’t leave her in the mountains…when the doctors examined her, she was still alive,” Khatum Kasm said.

Eventually, they reached a refugee camp in Iraqi Kurdistan, where one of their five sons and two of their remaining daughters still remain due to problems with their documents.

The rest of the family were able to fly from Erbil to Yerevan, where a local NGO, the Sinjar Yezidi National Union, was able to find them food, clothing and shelter.

The three families, totalling 19 people including the elderly and children, were settled in the village of Araks in the Armavir region, close to the border with Turkey. The Sinjar Yezidi National Union found Hanam’s family a place to stay in a house belonging to a local Yezidi family who had moved to Russia.

Rashu Hamo, a Yezidi priest whose family is one of the three now in Armenia, described a long history of suspicion and persecution.

“Muslims in Iraq wouldn’t drink water or eat bread that we had touched,” he said. “They mistakenly believe that our Melek Taus [the “Peacock Angel”] is a fallen angel, and that we Yezidis believe in evil spirits. They think that if they kill Yezidis, they’re killing the forces of evil.”

Hanam said that for this reason, Yezidis had always been armed and ready for attack by outside persecutors.

“We used to have to defend ourselves from the Arabs, and now it’s Islamic State,” he said.

The Yezidi were no match for the well-armed militants who stormed through western Iraq and killed the men and sold women and girls into slavery.

“We were lucky – we were warned of an attack on our village and we were able to escape in time,” Hanam added.

Seventeen-year-old Fadil Bashar said his fiancée was among women who were abducted from the village of Siba Sheikh Khidr and taken to Mosul. He later heard that his girlfriend had been sold into slavery in Saudi Arabia.

“I haven’t heard anything more since,” he added.

Yezidis are the largest minority in Armenia. According to the 2011 census, there were more than 35,000, about one per cent of the total population. Many Yezidis began settling here during the Russian-Turkish wars of the 19th century, and more fled the Ottoman empire with Armenians during the massacres of 1915.

Hanam’s forebears were among those who fled Turkey at that time. Some settled in what is now Iraq, and another part of the family found refuge in Armenia.

“My grandfather always told us that if we ever had a chance, we should try to find our relatives in Armenia and meet up with them,” he added.

Armenia’s immigration agency is currently considering the families’ application for refugee status. In a statement, the department said that “all the formalities will be completed as soon as possible, with the granting of refugee status”.

Anahit Hayrapetyan of the United Nations refugee agency told IWPR that the three families’ applications for refugee status under UNHCR rules were under consideration.

Hanam said his family had built up a prosperous life in Shangal, where they owned a poultry farm and several shops and petrol stations.

His 25-year-old son Talaqhas no idea how he will make a living in Arax, where most people are farmers.

“I can’t even imagine how to do that,” he said.

The Armenian Yezidi community has been trying to raise awareness of the plight of their kin in Iraq through public events and fundraising.

Hamlet Smoyan of the Sinjar Yezidi National Union said his organisation was doing all it could to help the refugees integrate, although the most immediate problem they faced was their inability to speak Armenian.

He said there were many more people in refugee camps in Iraqi Kurdistan who wanted to seek refuge in Armenia. A year ago, he and others visited a camp in Turkey in an attempt to bring around 200 Yezidis to Armenia. Although his organisation was willing to pay the travel costs, they discovered that many of the refugees lacked passports.

Armenian president Serzh Sargsyan and other politicians have expressed sympathy with the plight of the Yezidis and have raised the issue in speeches. In August 204, the government pledged 100,000 US dollars in aid for the Iraqi Yezidis.

Smoyan said the government could be doing much more. For instance, his organisation had asked the Armenian foreign ministry to work with their Georgian counterparts to facilitate travel from Turkey. Armenia and Turkey have no diplomatic relations and the border is closed.

“They just need to let the Iraqi Yezidis get across the Turkish-Georgian border and then grant them refugee status [when they reach] the Armenian border,”Smoyan continued. “However, the Armenian foreign ministry has said it’s a long process, because the National Security Service is obliged to check each individual separately.”

Armine Martirosyan is Armenia correspondent for the Kavkazky Uzel website.