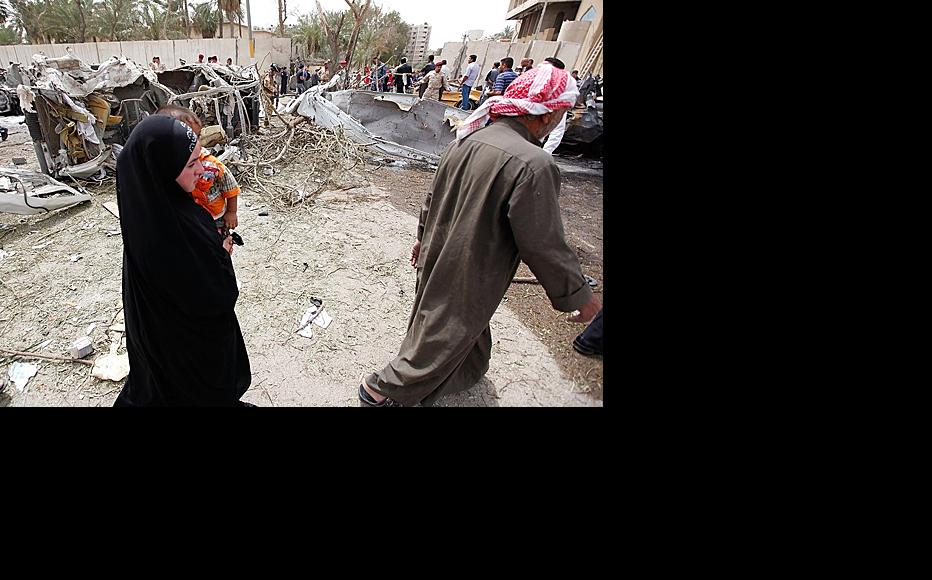 Analysts say bombings in Baghdad in wake of elections unlikely to lead to revival of sectarian warfare. Photo by Ceerwan Aziz/Metrography. 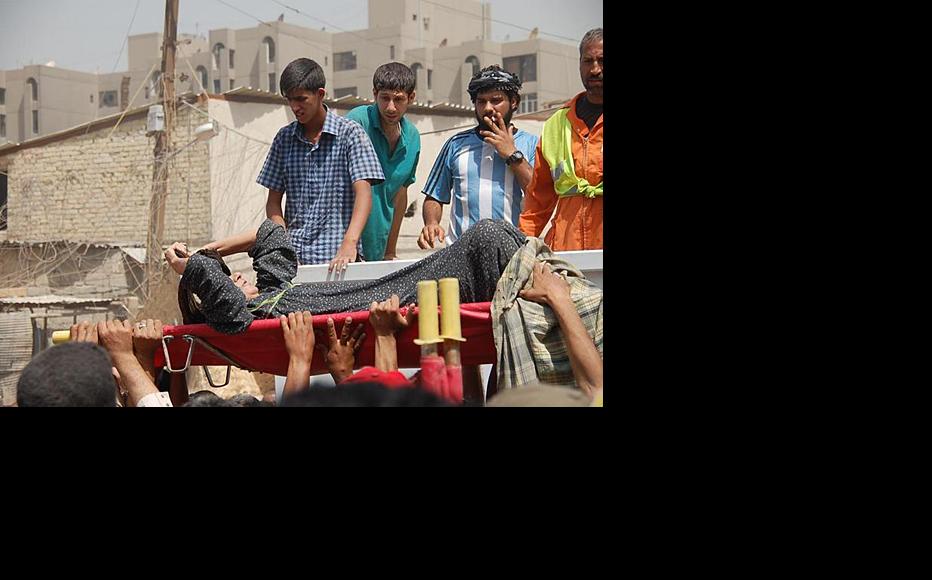 Analysts say bombings in Baghdad in wake of elections unlikely to lead to revival of sectarian warfare. Photo by Qaes Kazm/Metrography. 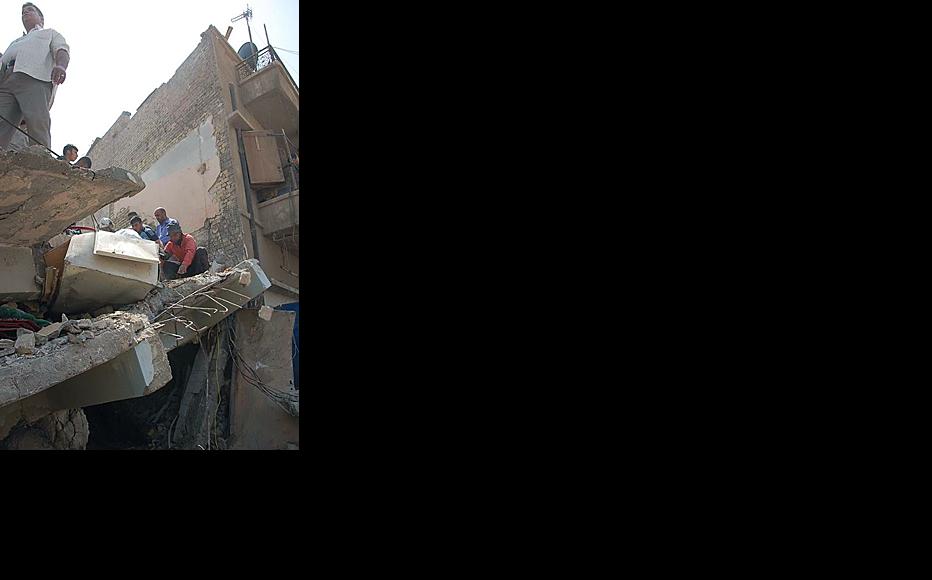 Analysts say bombings in Baghdad in wake of elections unlikely to lead to revival of sectarian warfare. Photo by Qaes Kazm/Metrography.
The link has been copied

The two biggest winners in Iraq’s recent ballot are scrambling to sideline each other in the race to form the next government, amid fears that a prolonged post-election impasse could provoke further instability.

The Iraqiya bloc, which won the most seats in the election, is fending off a series of attacks mounted through courts and committees by its close rival, the State of Law alliance, led by the outgoing prime minister Nuri al-Maliki.

Both blocs are also competing to build a parliamentary coalition, as neither alliance won enough seats to govern without the support of influential partners such as the Kurds and Shia Islamists.

The complicated coalition talks and the concerted challenge to Iraqiya’s narrow victory are expected to take months to resolve, possibly overlapping with the first phase of the United States military’s planned withdrawal from Iraq this summer.

With a long hiatus looming before the formation of a new government, some leaders and analysts have warned that a power vacuum could further destabilise politics and even strengthen the insurgency.

Iraq’s previous parliamentary election in 2005 was followed by several months of deadlock, which saw the sectarian conflict spread across the country.

Over the last two weeks in Baghdad, scores of people have been killed in bomb attacks targeting apartment blocks and foreign diplomatic missions.

The leader of Iraqiya, Ayad Allawi, has repeatedly warned that his opponents’ refusal to accept his bloc’s election victory could fuel the violence. “This will bring the country into really severe chaos,” he told the Los Angeles Times newspaper earlier in April.

In the same paper, a spokesman for State of Law responded by accusing Iraqiya of making “dangerous statements” that could “be used by terrorist groups to bring more violence”.

Most analysts interviewed by IWPR said they expected sporadic attacks but did not fear a full-scale revival of sectarian warfare, as the Iraqi security forces were more capable now than they were five years ago.

Tariq Harb, an Iraqi legal expert, said the caretaker government had all the powers it needed to secure the country on a day-to-day basis, “It has full authority except for the laws that need the approval of parliament.”

Hamid Fadhil, a professor of politics at Baghdad University, said the US would also ensure that the withdrawal of its troops was not impeded by a sudden spike in violence.

He warned, however, that the prolonged absence of a functioning parliament after the election would create a “legislative vacuum”, with no authority to keep tabs on the various ministries.

It is unclear whether the absence of a parliament is having any effect on the contest to form a government, beyond fuelling uncertainty over the tactics being used by both sides.

Iraqiya insists it automatically has the right to form the next government as it won the most seats, but says its position is being undermined because the legislature is currently out of action.

“Some blocs are trying to exploit the expiry of the former parliament, as well as the political vacuum, to further their own interests,” Fatah al-Sheikh, a senior member of Iraqiya, said.

State of Law insists it is not taking advantage of any loopholes in the post-election period.

“Maliki is not trying to exploit any vacuum for his own ends because there is no vacuum,” Kamal al-Saeidi, a senior State of Law official, said. “The cabinet is getting on with its job, and so is the judiciary. Where is this vacuum that some speak of?”

Maliki’s alliance says the shape of the next administration will ultimately be determined by Iraq’s top court, as well as by powerful committees that have the means to erode Iraqiya’s majority.

The committees include the election commission and a body charged with purging politics of supporters of the Baath party of former leader Saddam Hussein.

Though international observers gave the March 7 election a clean bill of health, State of Law has appealed against the result, saying it was marred by hundreds of thousands of fraudulent ballots. The election commission has so far rejected calls for a recount. Iraq’s supreme court has yet to ratify the final result.

Sheikh told IWPR the calls for a recount of the vote could have “dangerous consequences”.

Saeidi said in response that Maliki was not responsible for any possible recount, “We have submitted our appeals and our evidence [of fraud], and the judicial authority will have its word.”

Iraqiya’s claim that it has the right to form the next government is based on the election result giving it 91 seats, two more than State of Law.

However, its primacy could also be eroded by a supreme court statement, requested by State of Law and released to coincide with the election result late last month.

The court said the right to form a government fell not to the alliance that emerged from the election with the most seats, but to the one that had the most seats by the time parliament convened again – most likely in June.

Maliki’s bloc believes this statement gives it as much claim to lead a government as Iraqiya, assuming it has mustered enough allies to join it by June.

“We believe the biggest bloc, after the election, should form the government. We accept the court’s decision,” Iman Hamid, a candidate from State of Law, said.

Allawi has rejected this interpretation of the court’s statement, which he described as an “opinion” rather than a decision.

Iraqiya’s narrow majority may also be under threat from the Accountability and Justice Committee, a body tasked with eradicating the influence of the Baath party.

The committee has recommended the disqualification of six winning candidates, including some believed to be from Iraqiya. The alliance’s candidates also featured prominently in a controversial pre-election purge of suspected Baathists.

Ali al-Adeeb, a senior State of Law leader, told IWPR the final decision on implementing the ban on the victorious candidates rested with the election commission.

An election commission spokesman, Qassim al-Abudi, said the candidate in question would have an opportunity to appeal against the disqualification. If the appeal failed, he said, the candidate would be disqualified and replaced by another candidate from the same alliance.

“That is why the votes of the banned winning candidate will not be wasted,” Abudi told IWPR.

Abudi added that candidates could escape a ban if the final election results were ratified by the supreme court before their appeals had been considered.

A ratification would effectively grant all victorious candidates parliamentary immunity, he said, in which case any future decision on banning them would have to be taken by parliament rather than the election commission.

Sheikh, the Iraqiya member, maintained his alliance’s majority was not under threat from the so-called de-Baathification measures.

“The new members of parliament have immunity. Only the new parliament can rule on this issue,” he said.

However, Adeeb said he expected Iraqiya to lose ground because of the disqualification of its candidates on suspicion of Baathist sympathies – and because of the inquiry into complaints of electoral fraud.

It is not known when the supreme court will reveal its final verdict on the election, and whether it is likely to endorse the result or order a recount.

For the time being, both Iraqiya and State of Law are pursuing negotiations with other alliances, vying to be first to form a coalition that commands a majority in parliament.

Though leaders from both blocs have said they are ready to partner each other, the likelihood of this happening is believed to be small – particularly given the personal rivalry between Maliki and Allawi and their ambitions to become prime minister.