They have fled in droves to escape sectarian violence, but now Kurdish politicians are helping some rebuild their lives.

They have fled in droves to escape sectarian violence, but now Kurdish politicians are helping some rebuild their lives. 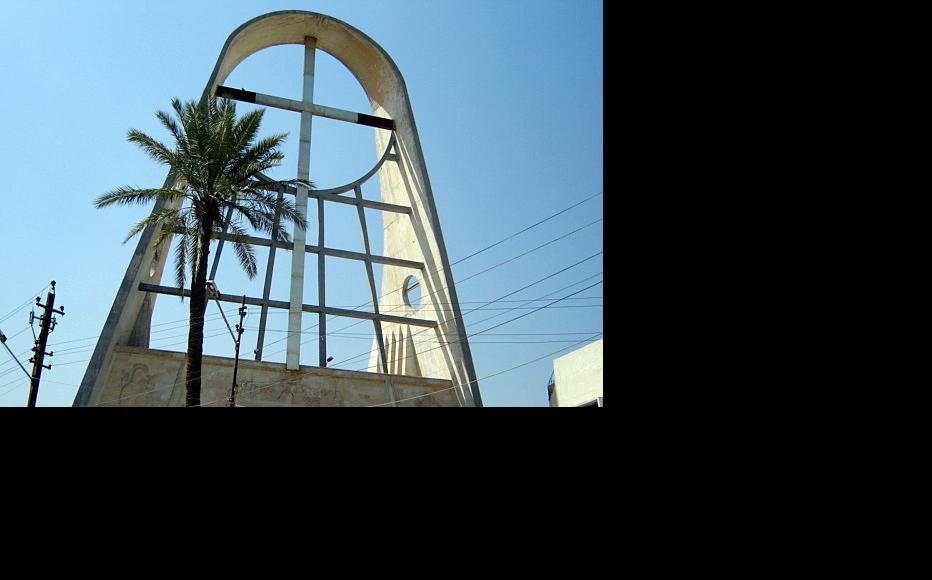 The Sayedat al-Najat Syriac Catholic church in Baghdad. (Photo: Rafy/Wikimedia)
The link has been copied

The Patriotic Union of Kurdistan, PUK, party is offering homes to poor Christian families uprooted by sectarian violence in what it says is a humanitarian gesture, denying suggestions the move is designed to boost its electoral base in the disputed Kirkuk region.

Since the 2003 United States-led invasion, Iraqi Christians have often been the target of violence by Islamist extremists, forcing more than 200,000 of them to leave Iraq.

In the worst outrage in October 2010, al-Qaeda-linked militants stormed a church in central Baghdad, killing over 60 people.

In an effort, the PUK says, is aimed at alleviating their plight, the joint ruling party in Iraqi Kurdistan has provided 200 plots of land and 10,000 US dollar grants to low-income Christian families in a gated compound in Se Ganian (The Three Springs in Kurdish), a Kurdish village destroyed by Saddam, ten kilometres north of Kirkuk.

While commentators acknowledge the plan is well-intentioned, they suggest it may be strategic too.

“This initiative is humanitarian but also a political move to get more votes for [the PUK’s] next campaign in Kirkuk,” said Mohammad Ameen, a political analyst and a professor at Kirkuk university.

The move comes as Iraqi political parties have been trying to strike a deal with representatives of the oil-rich, multi-ethnic city ahead of a referendum on whether it joins the Kurdistan region or remains in Iraq.

Ghafoor Salih Sameen, a PUK official in Kirkuk, said his party would do all that was required to safeguard Iraq’s Christians and halt their exodus.

“We have worked with Kirkuk’s former provincial council chairman to grant 200 plots of lands to the Christians in a Kurdish village destroyed by the former regime,” he said.

“We have revived it and provided all necessary services for the families there. This is not the first time the PUK has supported the Christians, considering them a part of our history.”

The PUK official denied that the current move was an attempt to encourage Iraqi Christians to vote for the PUK.

“The land [Se Ganian] was granted by the local government supported by a Kurdish party (the PUK). This project helped to house needy families who can't afford to buy houses on their own," Louis Sago, the Chaldean archbishop in Kirkuk, said.

There are currently 200,000 Chaldean Christians in Iraq, according to the church – there were over three times that number before the toppling of Saddam in 2003.

Sago said that a total of 200 families had moved to Kirkuk from Baghdad since 2003, with 12,000 Christians currently living in the northern city, served by ten churches.

He said that measures such as the restoration of the former Kurdish village were necessary to keep Christians in Iraq and maintain the country’s diversity, but warned that his community would also need financial support.

So far, 40 families from across Iraq have taken up the PUK offer and moved into the village, with more expected to follow suit.

There are currently six church-funded projects running in Kirkuk and neighbouring villages to support the Christian community.

They include rehabilitating old churches and building entertainment clubs and youth centres, according to Dilshad Beirut, the chief of the projects committee on the Kirkuk provincial council.

“We are working hard to serve Kirkuk residents in general and the Christians in particular as they are an important part of the identity of Kirkuk,” he said. “We will do our best to stop their exodus by providing all necessary services.”

Ziyad Butrus, 26, a Christian civil servant from Kirkuk, said he supported the idea of safe and secure Christian neighbourhoods but warned against segregation.

"I don’t like separation from Muslims,” he said. “We should all be made to feel equal and share in our rebuilding of Iraq.”

Unlike relatives who left the country after being threatened - with some even kidnapped and ransomed – Butrus said he was determined not to move abroad.

“I will struggle to stay in Iraq. I belong here, and can’t live anywhere else,” he said.

In order to promote social cohesion, the provincial authority of Kirkuk launched a dialogue initiative in 2010 between Muslims and Christians.

As part of the programme, imams and preachers at Friday and Sunday sermons speak out against religious intolerance and encourage unity.

Abdulla Hadi, imam at the Al-Khulafaa mosque in Kirkuk, said, “Dialogue enables different religions to accept each other. They can find something in common by talking openly to each other and encouraging tolerance through weekly sermons.”

Sleewa, 38, who lost his brother two years ago when an Islamic extremist kidnapped and killed him, has moved his family to Se Ganian.

"I decided to live [there] even though it is far from downtown Kirkuk where I work,” he said. “But it is better than living where we are exposed to risk at any time.

"I don’t have any grudge against Muslims. I’m convinced that my brother was killed under the pretext of religion and jihad. Muslim friends helped us bury our brother, and shared our grief. They are always there for us.”

Samah Samad is an IWPR-trained reporter in Iraq.

The Arab Spring
Iraq
Conflict
Connect with us